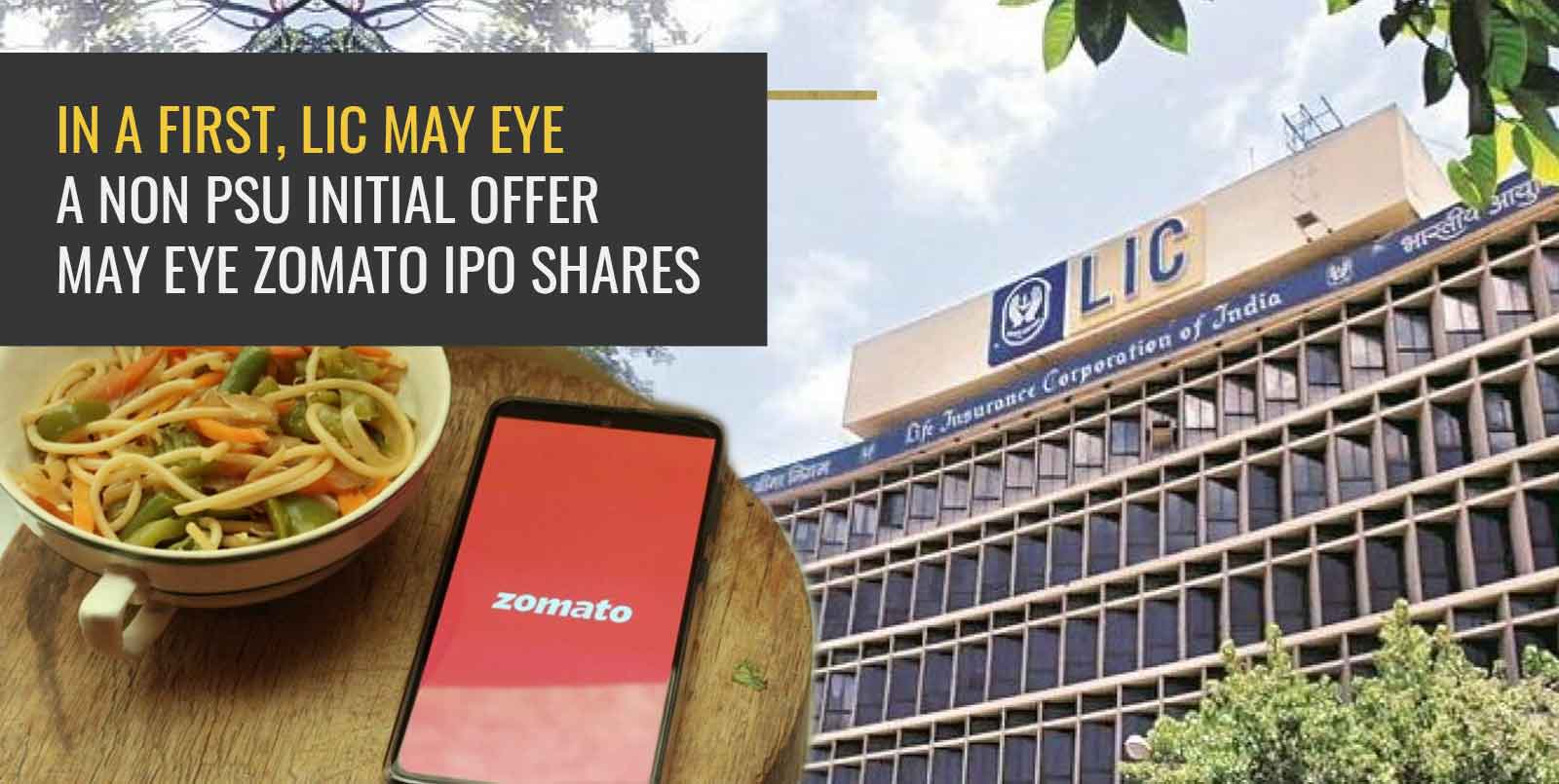 Zomato’s initial public offer has generated a buzz in the recent past, following the announcement of its launch on July 14. The Rs 9,375 crore IPO is the second biggest maiden offer after the launch of the Rs 10,341-crore issue by SBI Cards and Payments in March 2020.

The latest news that India’s largest insurer is likely to take an interest in the Zomato IPO is seen as a rare development because LIC is known to invest largely in the secondary markets, unless a public issue is made under the divestment plans of the government. LIC is likely to hold a meeting of its investment committee before taking a call on the likely investment in the Zomato IPO.

Zomato’s valuation has risen to more than $8 billion from the earlier valuation of $5.4 billion, largely on the back of an increase in food deliveries because of the pandemic-induced lockdowns. The food platform’s shares are in the Rs 72-76 price band. The plans of LIC to invest in a unicorn startup’s offer is indicative of the growing interest among investors in tech startups and Internet companies that are looking to go public. The increased digital adoption by consumers during the lockdowns induced by the pandemic has buoyed Internet companies to look at going public.

Another factor that has boosted tech companies and startups to eye IPOs is the bull run in the equity markets. Gaming and sports media platform Nazara Technologies and online travel aggregator platform EaseMyTrip are two startups that have already gone public till date in 2021. The recent Zomato valuation of about Rs 60,000 crore has divided expert opinion on how to judge valuations of tech startups but analysts believe that traditional metrics like profitability alone don’t work when it comes to Internet companies and startups as they begin to see profitability only later and see a lot of cash burn in the early stages. The extent of adoption of these platforms by consumers, the expansion plans of such companies and the online habits of consumers may need to be factored in before assessing valuation of these companies. The news of LIC’s likely interest in investing in the IPO of a platform like Zomato is indicative of the rising confidence of investors in such companies and signals a change in consumer behaviour and attitudes in the future.

Life Insurance Corporation of India, which is also planning an IPO and list by March 2022, has estimated assets of nearly Rs 32 trillion, as of FY 2019-20, according to the company’s annual report. The government currently holds 100 per cent stake in the insurance corporation. The LIC IPO is touted as the country’s biggest, when it comes through. In terms of the life insurer’s investments, reports show that LIC saw an addition of Rs 3.76 lakh crore in its equity holdings for FY21, increasing to Rs 7.69 lakh crore, when compared to Rs 3.93 lakh crore one year back. After the low of 25k-levels that the benchmark index, Sensex, hit in March 2020, the benchmark index has come back stronger to touch 53k levels in 2021, showing a spectacular bull run. LIC booked Rs 37,000 crore profits from sale of shares in 2020-21, the highest in its history of 65 years. The profits show an over 44 per cent increase when compared to the Rs 25,625 crore profit from sale of stocks in FY2020.

Meanwhile, in the March 31 ended quarter, LIC’s holdings in publicly traded companies dropped to a low of 3.66 per cent of the market value of companies, news reports suggest.

With the Zomato IPO all set for subscription on July 14, LIC’s interest in investing shows a likely shift in the company’s investment policies. It also suggests a growing acceptance of tech startups and unicorns getting listed.