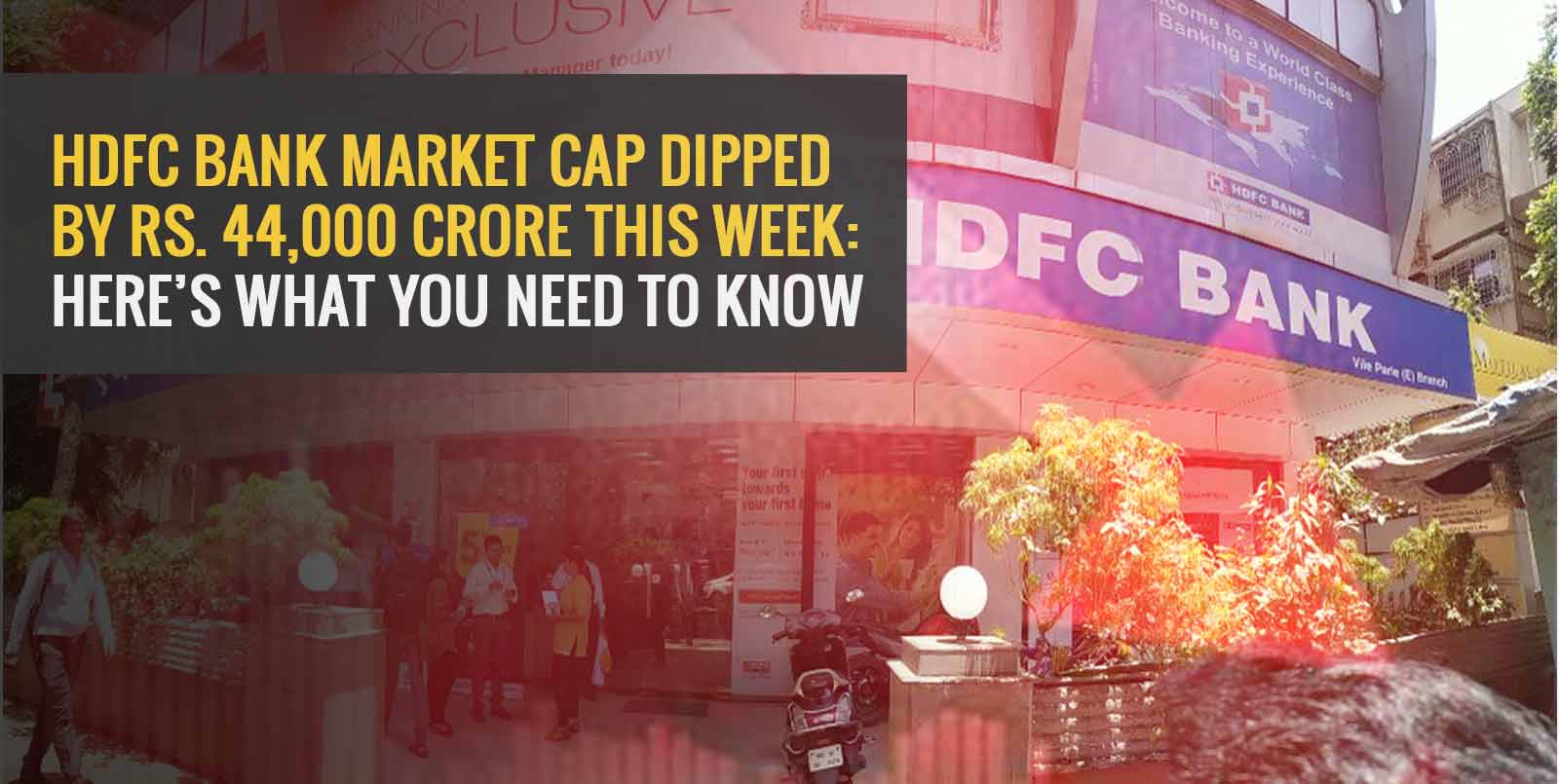 Last week, the stock exchanges saw some serious dips in the market valuations of 6 of its top 10 companies. Out of them, HDFC Bank stood out with the highest slag of Rs. 43,578.18 crores to stand at Rs. 797422.67 crores on Friday.

Here are a few insights into the bank’s key operations –

Although the slag in business activities due to COVID-19’s second wave brought down origination volumes, a look at the company financials reveals the following data –

In a board meeting held on 18 June, the company recommended a dividend of Rs. 6.50 per share with a face value of Re. 1. Earlier this year, one of HDFC Bank’s subsidiaries, HDB Financial Services Ltd., considered launching an IPO.

HDFC Bank’s market capitalisation fell for the 2nd time in July, contributing significantly to the market valuation slump of 8 companies that week.

Tata Consultancy Services was another company that contributed largely to this market lag. Its value dipped by Rs. 20,400.27 crores to stand at Rs. 1230138.03 crores.

Hindustan Unilever and Reliance Industries had been significant gainers as of 2 July. However, they witnessed losses of Rs. 13,004.97 crores and Rs. 4,184.03 crores, respectively, this time.

Now, it is only a matter of time to see if HDFC Bank stock manages to improve and recover its valuation akin to its competitors.

Sashidhar Jagdishan is the CEO of HDFC Bank Ltd.