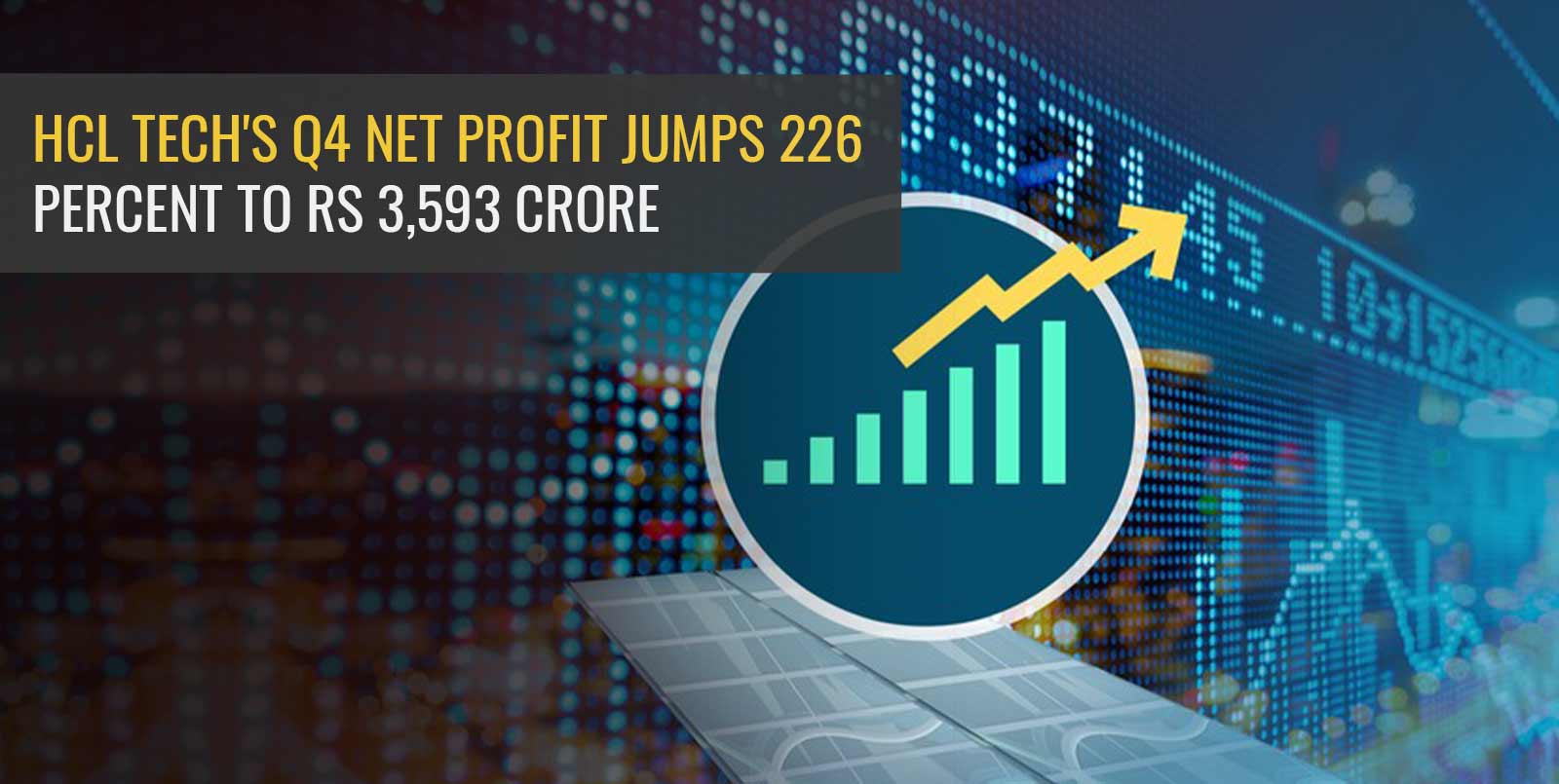 HCL Technologies Ltd announced a 226 percent increase in its consolidated PAT to Rs 3,593 crore on April 21, compared to Rs 1,102 crore in the previous quarter. The adjusted net profit for the same period last year was Rs 2,962 crore due to the effect of deferred tax credit and the one-time milestone bonus given during Q4FY21.

PAT climbed by 21.1 percent to Rs 13,499 crore for the entire year from April to March, compared to a profit of Rs 11,145 crore in the previous financial year. Consolidated sales increased by 13.6 percent to Rs 85,651 crore in FY22, compared to Rs 75,379 crore in FY21. In financial terms, revenue for the quarter was $2,993 million, an increase of 11% year over year and 0.5 percent sequentially. Revenue increased 13.3% year over year and 1.1 percent quarter over quarter in CC. The company’s dollar sales climbed 12.8 percent year over year, while CC revenues increased 12.7 percent.

Verticals and regions that generate revenue

Services revenue for the whole year surpassed $10 billion, representing a 14.9 percent YoY increase in CC for FY’22. HCL’s services business gained 5% QoQ in CC and 17.5 percent year over year during the quarter, with a CQGR of 5.2 percent for the third quarter in a row.

The firm had an EBIT margin of 18.9% for the whole year, up 0.2 percent from the previous year. The quarter’s net margin was 15.9%, up 24 percent year over year and 4.4 percent quarter over quarter. In comparison to the previous year, full-year net margins increased by 4.3 percent to 15.8 percent.

The total contract value of new deal wins in FY22 was $8,308 million, up 14% year over year. The new transaction TCVs for the quarter was $2,260 million, up 6% from the previous quarter. During the quarter, there were ten net new contract wins, with six of them being new big services transactions with a total value of $2,216 million. Apart from a considerable number of lesser sales, there were four big product contract wins totaling $54 million in TCV.

The company’s overall personnel count was 208,877, with net hiring of 11,000 individuals internationally in the third quarter and 39,900 for the whole year. During the year, the firm employed 23,000 entry-level freshers, with women accounting for 28 percent of the company’s worldwide workforce.

Visit the Angel One website to learn more about HCL tech. You may also establish a free Demat account to begin your trading and investing experience!