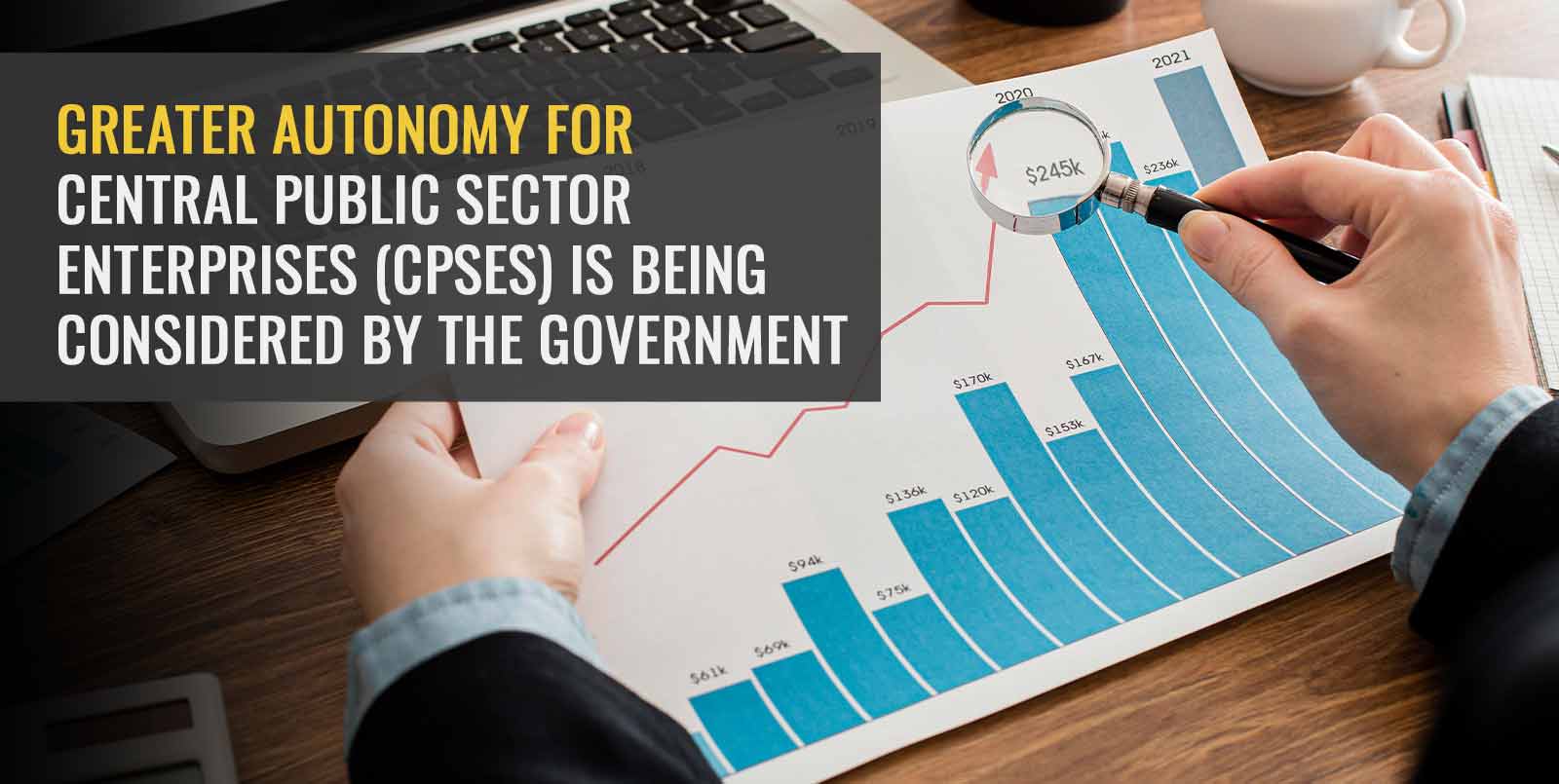 An Overview of Government’s Strategy

The Central government is working to give Central Public Sector Enterprises (CPSEs) more autonomy, allowing them to be professionally managed and giving them more say in business decisions to help them compete on an equal footing with private-sector rivals.

Since January, the cabinet secretariat has been discussing the issue with the finance ministry, NITI Aayog, and the department of public enterprises. Inter-ministerial consultations will begin shortly, based on a draft note that has already been prepared.

FM’s Take On It

Finance Minister Nirmala Sitharaman said India’s new PSE strategy had paved the way for the involvement of scaled-up and professionally run public enterprises in strategic sectors at a post-budget interaction on February 25 at IIM-Ahmedabad. “Even if it’s one, two, three, or whatever the bare minimum (PSEs) is for that particular sector, it’ll be a fine, strong public sector undertaking. As a result, it is a responsibility on our part to ensure that we create professionalised, well-managed, well-equipped PSEs that are nimble in their operations,” she continued.

Giving CPSEs decision-making autonomy, according to R.S. Sharma, former chairman and managing director of ONGC Ltd, is a good idea in theory, provided it is applied in spirit. “At the moment, nothing happens in the PSEs without the approval of the administrative ministries, which do not want to lose control of them. The board of directors should be in charge of the whole decision-making process. PSEs should put in place a succession plan long before the chairman retires, and possible candidates should be known well ahead of time,” he stated.

A parliamentary committee recommended that empowered PSE boards, composed of independent experts, improve the quality of decisions, overall management oversight, and governance, thus ensuring that virtually all strategic decisions are made at the board level and not passed on to the respective ministry, thus improving decision-making pace. “For example, the board must have sufficient authority to make virtually all strategic decisions, including the establishment or termination of partnerships/ joint ventures, mergers/ acquisitions, the hiring of a CEO, the development of roles below the board of directors, and so on. “As is the case for private companies, the board must also be allowed to select new directors to replace retiring board directors,” according to the report.

Although PSEs must adhere to the highest standards of governance, the panel stated that excessive scrutiny from the Central Vigilance Commission and the Comptroller and Auditor General, as well as the threat of the Central Bureau of Investigation, frequently results in stalled or overly cautious decision-making. “There must be a distinction made between deception and taking a business risk. The former should be disciplined, while the latter should be covered. Furthermore, it stated that “fraudulent and malicious complaints (with mala-fide intent) against PSE management staff should be punished.”

Where do India’s public-sector enterprises go from here?

As India committed to an Import Substitution Industrialisation (ISI) strategy in the early years of independence, planning and public sector enterprises were seen as the primary mechanisms for realising this vision. The public sector would be in control of the economy’s “commanding heights,” not only spurring India’s industrialisation but also serving a variety of wider national goals ranging from jobs to regional growth to national security.

The central and state governments have set up these businesses, but the former has dominated, especially in so-called strategic sectors like capital goods, minerals, metals, electricity, and telecommunications. These Central Public Sector Enterprises (CPSEs) are companies in which the federal government owns at least 51% of the paid-up shares, either entirely or jointly with one or more state governments.

CPSEs will continue to play a significant role in the Indian economy. Even if privatisation is politically impossible, the government can still exit by shutting CPSEs with a negative net worth.

Many CPSEs own excessive quantities of property, which they purchased at a time when the government could buy huge tracts of land for a pittance. Given today’s high land acquisition costs, repurposing some of this land for wider public uses as part of more inclusive “smart cities,” such as public hospitals or parks, or housing for public employees, would be one way to ensure that the CPSEs represent the greater public interest that was originally intended.