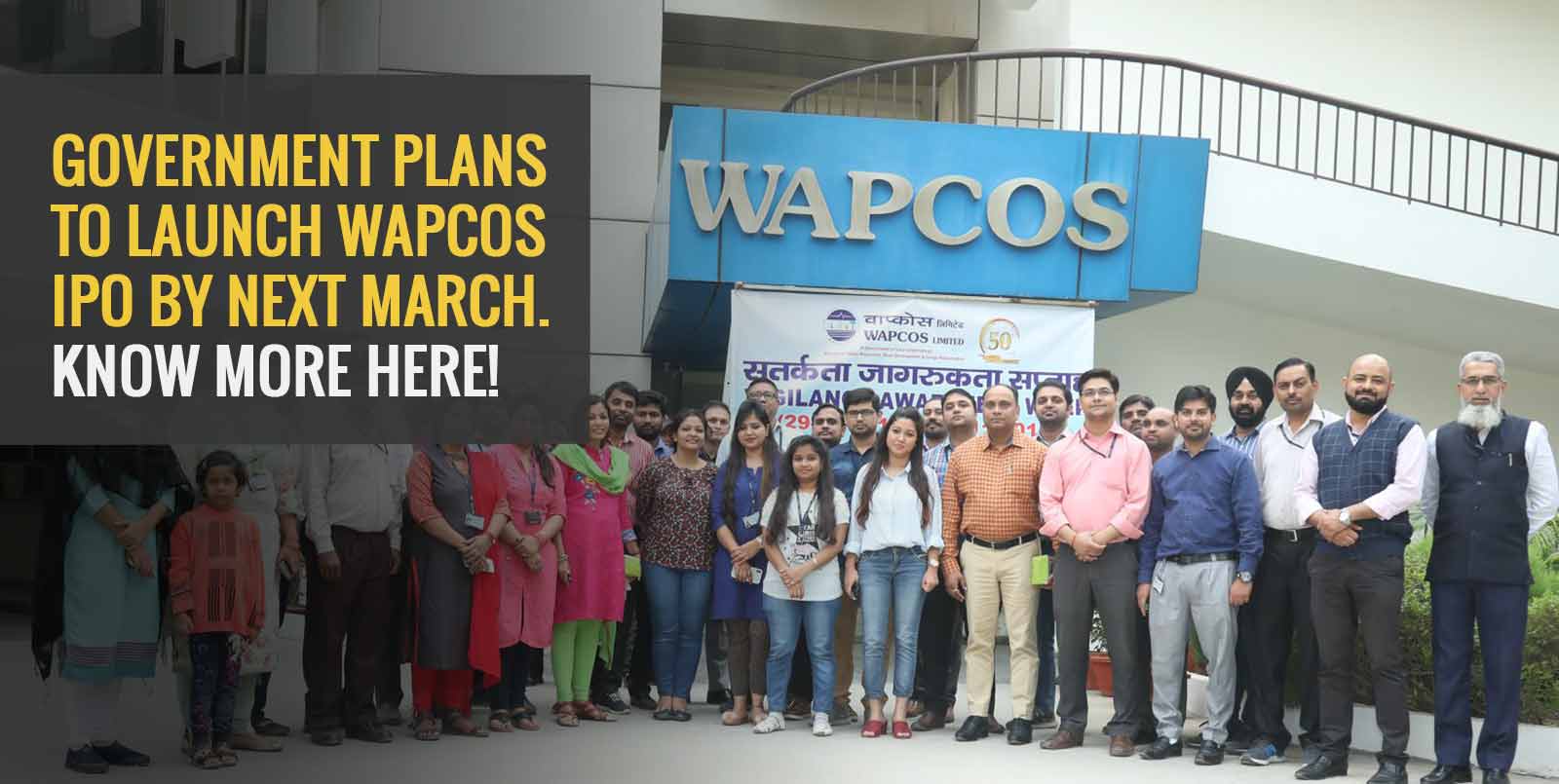 Investors could witness WAPCOS’s initial public offer by the end of March. As per reports, the Department of Investment and Public Asset Management or DIPAM had floated tenders in February.

The said tenders were to engage a registrar and an advertising firm to sell a nearly 25% stake in WAPCOS via a public offer.

WAPCOS was proactively pursuing its IPO plan in the beginning of the year. However, the same took a backseat with the arrival of the second-wave of Covid-19.

Currently, WAPCOS is collecting data of its entire operations active abroad. It is expected that the process will be concluded in the next couple of months. Once the same is concluded, we can expect concrete development at the forefront of its public offer.

WAPCOS is in charge of extending services such as consultancy, procurement, engineering, and construction related to power, water, and infrastructure sectors. Also, this Mini Ratna Company extends such services abroad, including countries such as Afghanistan.

Government’s Disinvestment Plan – In a Nutshell

The Government of India is proactively pursuing its disinvestment plan of 2021-2022. The regulating body has set a massive target of raising Rs. 1.75 lakh crores through disinvestment. So far, the government has managed to raise Rs. 8,300 crores by selling its stake in Axis Bank Ltd, HUDCO, and NMDC Ltd.

Interestingly, the government plans to dilute 25% of its stake in the National Seeds Corporation or NSC via a public offer. Accordingly, it has invited bids and has requested advisors to streamline the process.

Regardless, the government is yet to announce anything concrete about the issue size or price band with WAPCOS and NSC. This leaves us guessing the targeted price for these upcoming IPOs and how much funds will be raised through them.

It will be interesting to find out the IPO developments of this Mini Ratna Company. Being a government-backed public offer, we can expect WAPCOS IPO to garner much attention from stag investors. However, the government is yet to share any concrete details about this public offer that could lead to any logical speculation.

Regardless, investors who are already intrigued about the prospect of this public offer could analyse WAPCO’s fundamentals and its market footing, in general, to weigh in its possibilities.

WAPCOS IPO’s tentative timeline is yet to be shared with the public. However, it is expected that it could go live by the end of March.

The government has floated tenders to engage the registrar for this public issue. However, as of yet, it has not selected any specific entity.

WAPCOS IPO’s issue size has not been announced yet.