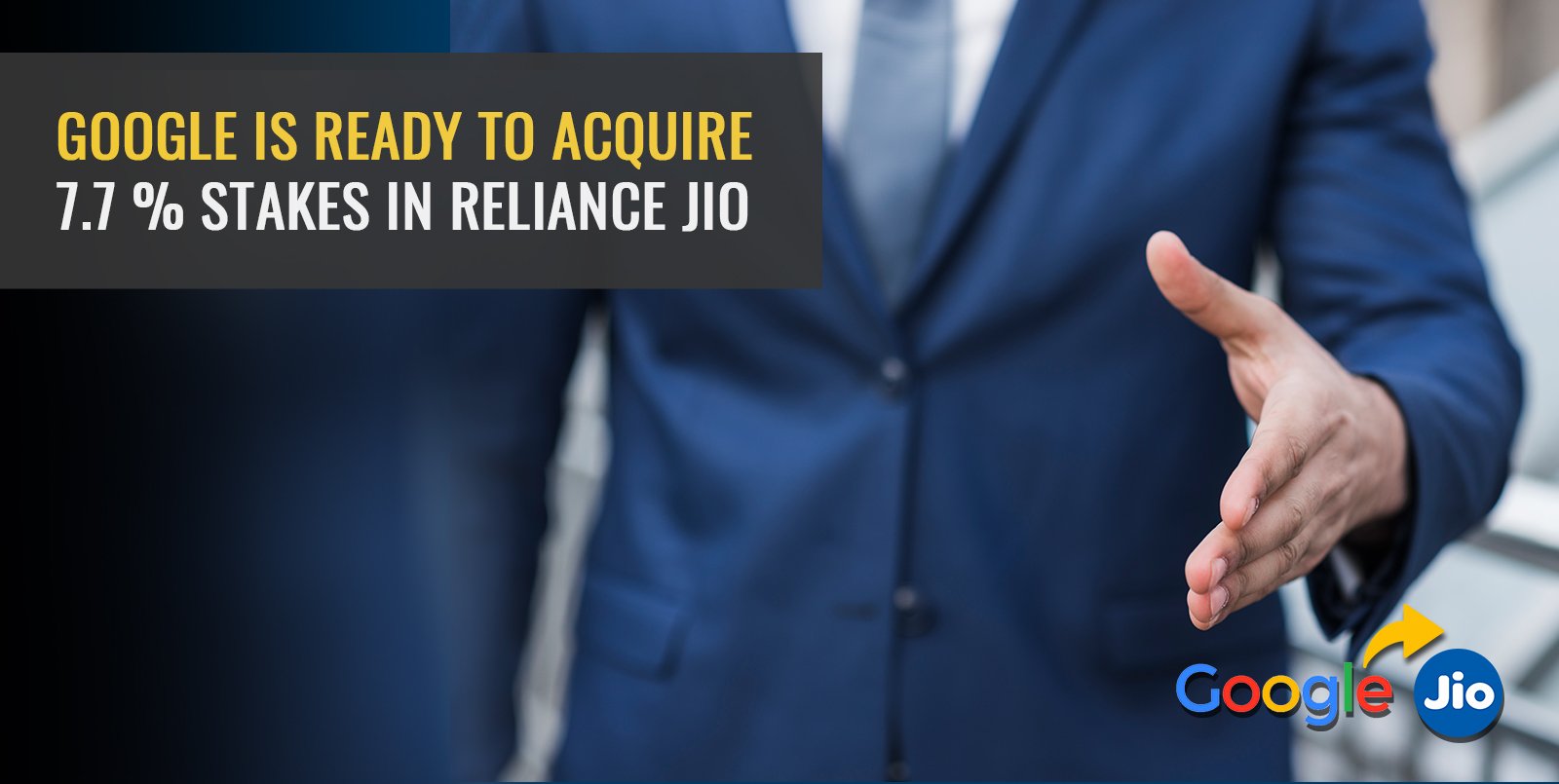 In the last three months Reliance platform, which also includes Reliance Jio has raised Rs 2,12,809 crore in capital investment from some of the leading global brands. Google, the global technology behemoth is the latest one to join the rank with several others. In the latest deal struck between Reliance Jio and Google, the latter promised to invest Rs 33,737 crore for 7.7 percent stake in Reliance’s technology platform.

Google is the 13th marquee firm to invest in the platform. Last year RIL supremo, Mukesh Ambani shared his desires to make Reliance net-debt free by March 2021. In March 2020, net-debt of Reliance was Rs 1,61,035 crore. With Google coming on board, Reliance Jio completes its target of raising capital from the market.

“We are delighted to welcome Google as a strategic investor in Jio Platforms. We have signed a binding partnership and an investment agreement under which Google will invest Rs 33,737 crores for a 7.7 percent stake in Jio Platforms.”

Reliance has also raised Rs 53,124 from rights issues sales in June for the first time in the thirty year’s history of the company, and it expects to receive 75 percent of the funds next year from the first instalments of the right issues. Reliance has also struck a deal with BP for its oil retail venture. It sold 49 percent stake of its fuel retail network to BP for Rs 7,629 in a JV.

Chronology of Other Deals Of Reliance

The deal spree of Reliance started in April. So far, six US equity investors had invested in Reliance Jio platform along with the selling of 49 percent stake in fuel retail network to BP. With the latest investment from Google, Reliance Ltd. ideally has become net-debt free. Reliance chairman and MD, Mukesh Ambani has welcomed the development saying he is much ahead of his goal to make his company net-debt free. Since April, cumulative funds raising by Reliance climbed to Rs 2,12,809 crore, including premium deal from Facebook of Rs 43,574 crore and stake selling to other prominent equity investors.

Let’s take a look at the chronological update on all the deals sealed by Reliance Ltd. in the current year.

What it means for Reliance Jio

Google’s investment in Jio came at the time when Reliance Jio is trying to inroad into the online retail sector to compete with Flipkart and Amazon. It is expected that Reliance will use a significant portion of the investment received to build a competitive field to smooth its entry into the e-commerce domain.  Reliance Jio already offers a wide range of services from music streaming, payment solution, and retail and is likely to utilise its 388 million subscriber bases to extend e-commerce and digital services.

For Google, it has plans to invest $10 billion in India in the next five to seven years to cement its status in the Indian digital ecosystem. In describing the deal CEO of Google and Alphabet, Sundar Pichai mentioned “Reliance Industries, and Jio platforms, in particular, deserve a good deal of credit for India’s digital transformation.”

It is undoubtedly a big deal for Reliance and all its stakeholders. With the investment from Google, RIL becomes completely debt-free. Mukesh Ambani has announced that after this, Reliance will only accept strategic investment.