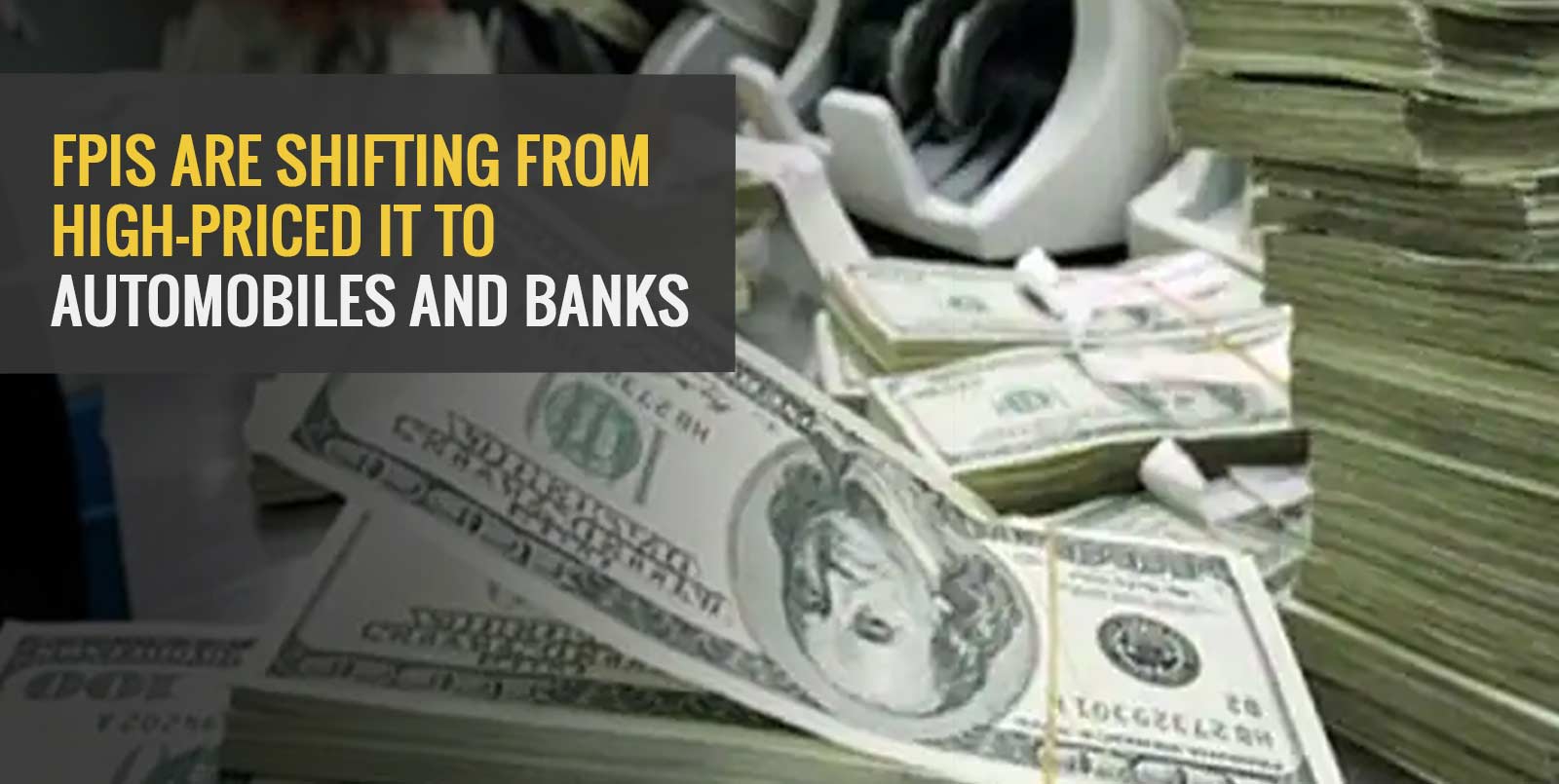 To shield themselves from the risks of high valuations, foreign portfolio investors (FPIs) have adopted a switch-trade strategy. They reduced their exposure to the IT sector in October when values hit a 15-year high while increasing allocation to cyclical banks and automobile businesses, where valuations are lower.

According to NSDL statistics, FPIs sold IT equities worth Rs 10,780 crore in October, out of a total outflow of Rs 13,740 crore. They spent Rs 3,315 crore on banking and auto stocks.

Considering a decreasing tempo of large transaction gains by top corporations in the 3rd quarter, IT equities are selling at a 58 percent premium to their long tenor median P/E ratio of 17.8 times. Continue reading to know more about it!

In October, their assets under management (AUM) in the IT sector decreased by 9% year over year. In addition, the sector’s weight in the FPI portfolio dropped to 13.6%, the lowest level in at least six months.

Despite a quiet holiday season, the auto sector has resurfaced on investors’ radar due to an improved semiconductor shortage and solid order booking by passenger car manufacturers. The monthly inflow of FPI into the car sector was the greatest since the beginning of the year.

FPIs continued to be net sellers in November, with a total of Rs 949 crore

FPIs were significant sellers in the domestic markets in the first half of November, disposing of Rs 949 crore. Between November 1 and 12, they withdrew Rs 4,694 crore from equities, according to depositories data. Simultaneously, they pushed Rs 3,745 crore into the debt market. This resulted in a net cash outflow of Rs 949 crore.

FPIs continued to be net sellers in October, with a total of Rs 12,437 crore. According to an expert, FPIs have been concerned about higher valuations of Indian shares, which continue to trade at all-time high levels. He believes that FPIs sitting on profit would have chosen to book the same, as evidenced by the flow trend over the last few weeks.

Concerns about global inflationary pressure and a recession in some developed countries are also grounds for concern. “FPIs appear to be fleeing due to value worries. The crucial thing to remember is that for the time being, the traditional paradigm in which FPIs represent smart money influenced market patterns is no longer valid. We’re in the midst of a moment of unpredictability,” another expert stated.

He further stated that in the debt segment, “The direction of the USD and US treasury yields has largely dictated the flow pattern. When FPIs take a wait-and-see approach to Indian equities, they tend to lodge their money in Indian bonds for the short term.”

According to him, FPI flows in November have been positive for Indonesia, the Philippines, South Korea, Taiwan, and Thailand, respectively. FPI flows may remain turbulent in emerging countries in the future due to the steep increase in global energy costs, and the likelihood of higher prices may provide another source of risk to global and domestic inflation.

Q1. Is it necessary for FPIs to register with SEBI?

No. FPIs would no longer require direct registration with SEBI and would instead be subject to registration by a designated depository participant (DDP) acting on SEBI’s behalf.

Q2. What is the duration of the FPI registration?

The FPI registration is valid indefinitely unless it is suspended or cancelled by SEBI or relinquished by the FPI, however, it is subject to payment of the necessary renewal cost every three years.