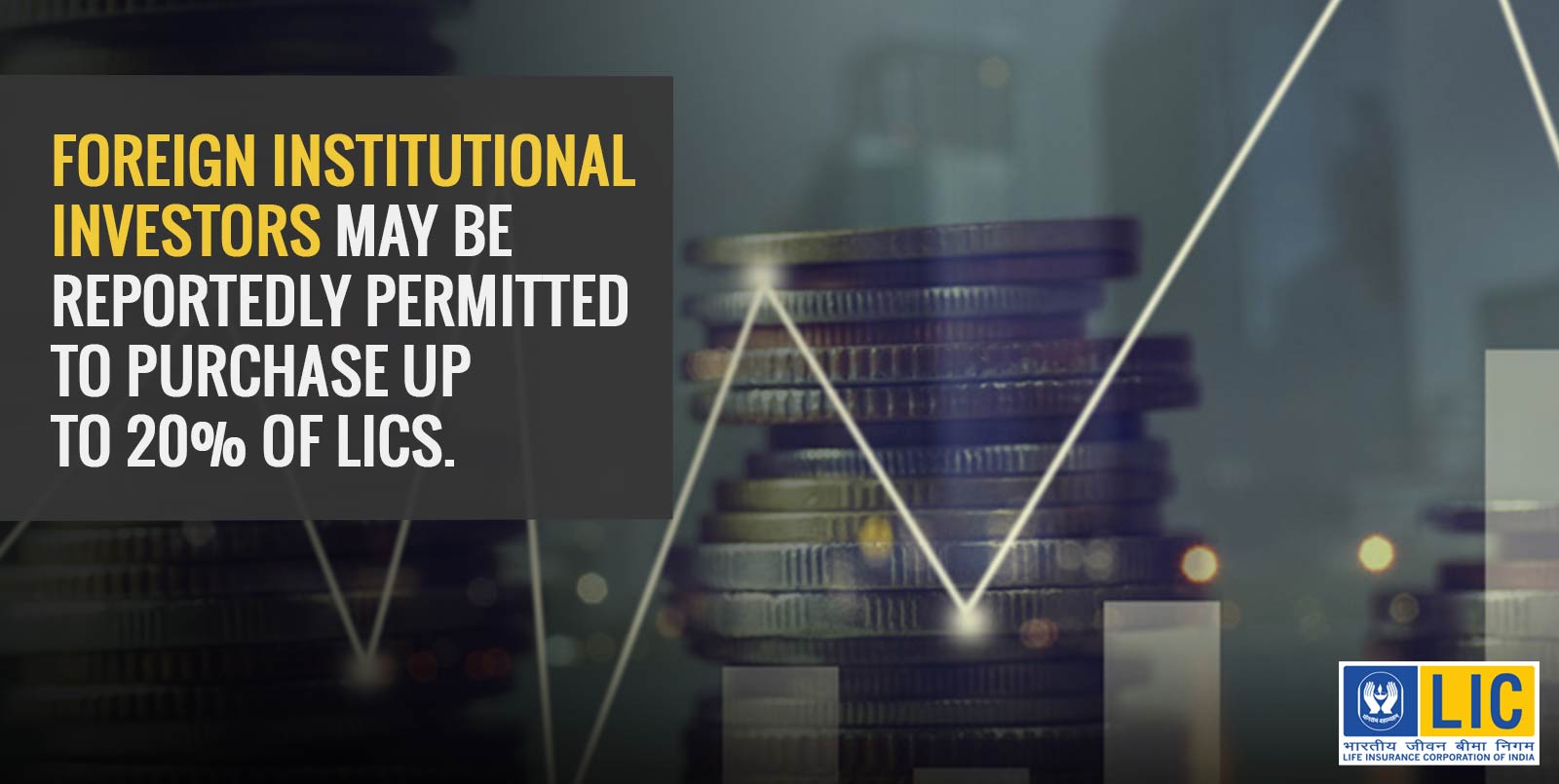 According to reports, the government is considering allowing foreign institutional involvement of up to 20% in Life Insurance Corporation. The government expects to generate up to Rs. 900 billion from the stake sale, which will make it India’s largest ever IPO.

The decision will make it easier for the government to raise funds for the company’s IPO, which is expected to take place this fiscal year. Given worries about the Indian stock market’s ability to absorb such a large offering, the IPO is scheduled to be issued in two portions to investors.

In the Union Budget for 2020-21, the government declared its intention to sell a minority share in the country’s largest life insurance. The government expects to raise close to Rs. 1 lakh crore from the public offering, which will account for a significant percentage of its current fiscal year divestment target of Rs. 1.75 lakh crore.

The government has picked ten merchant bankers to supervise the massive initial public offering of the country’s largest insurer. Government has finalised the book running lead managers and several other consultants for the LIC IPO.

On July 15, the Department of Disinvestment requested applications for the hiring of merchant bankers. Following that, 16 merchant bankers presented their plans for handling Life Insurance Corporation’s listing and partial disinvestment.

The Department of Investment and Public Asset Management (DIPAM) is also hiring legal counsel for the share sale, with the deadline for submitting bids set for September 16. An actuarial firm has already been hired to examine the LIC’s embedded value ahead of the IPO, which is expected to take place in the January-March quarter of 2022.

The government is also considering allowing foreigners to buy shares in LIC, the country’s largest insurer. Foreign portfolio investors (FPIs) are allowed to buy shares in a public offering under SEBI rules.

The Alternative Mechanism on Strategic Disinvestment, a ministerial panel, will now decide on the amount of stock the government would divest. The government stated, “The potential amount of the IPO is projected to be significantly bigger than any precedent in Indian markets.”

The government’s disinvestment objective of 1.75 lakh crore for 2021-22 will be dependent on LIC’s listing. So far this fiscal year, minority stake sales in PSUs and the sale of SUUTI (Specified Undertaking of the Unit Trust of India) stakes in Axis Bank have raised a total of Rs 8,368 crore.

What does LIC stand for?

LIC is one of India’s oldest life insurance firms. It stands for Life Insurance Corporation of India. It has been a public enterprise since its inception. Government is currently planning to divest its stake in the firm