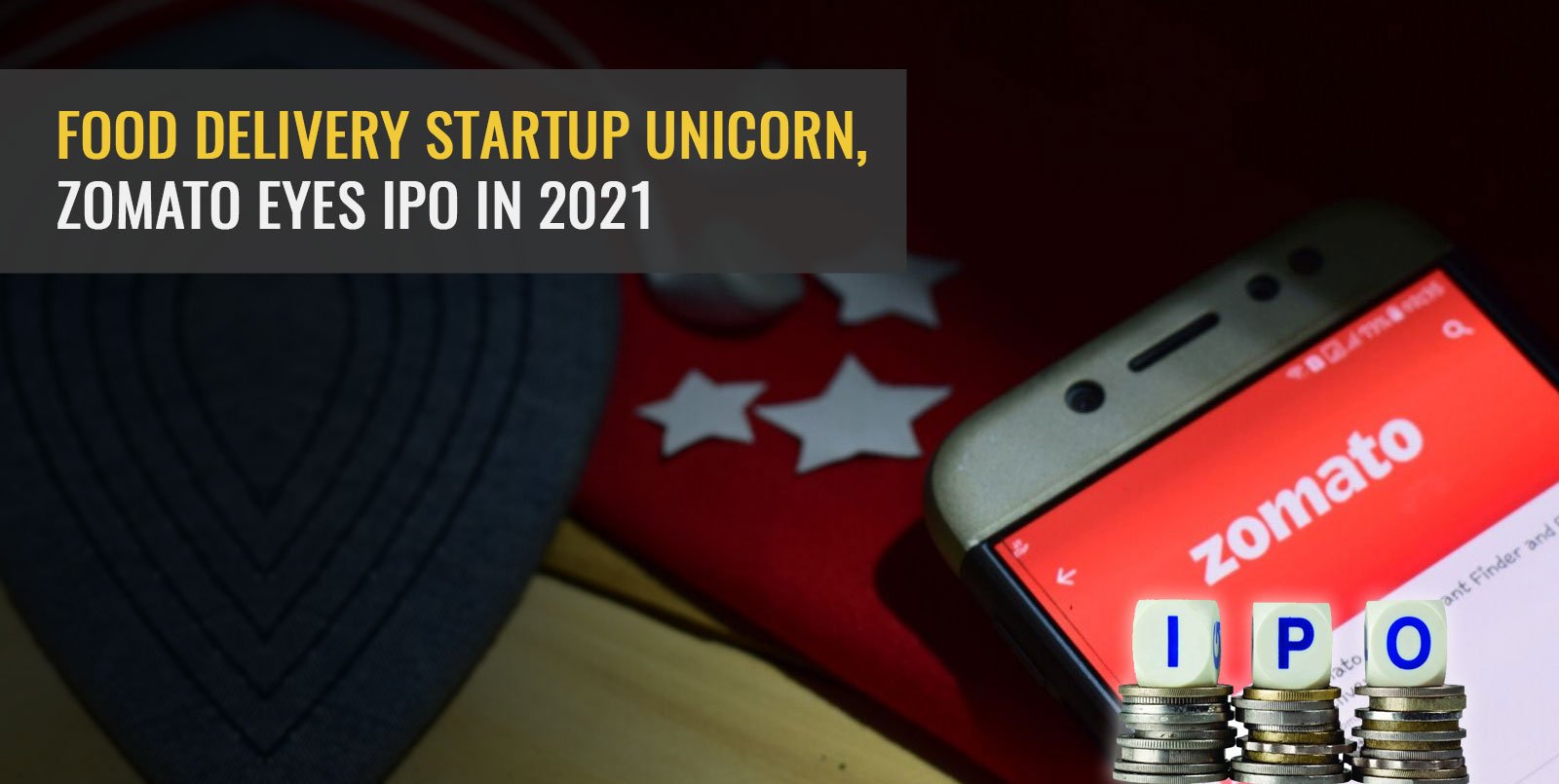 Although India has a buzzing IPO market, participation from leading startups so far is negligible. But as more first-generation startups are coming of age, their participation might increase. After Policy Bazaar announced its plans in July, it is now time for food delivery startup Zomato to announce the big news. It said that it is exploring possibilities to float an IPO offers in 2021.

Zomato, in a recent fundraising activity, raised capital from several global investors. Cofounder and CEO, Deepinder Goyal in an email to his employees wrote that the current bank balance of the company has gone up to USD250 million, which is the highest in its history.  He wrote, “we have raised a lot of money…. we estimate that our current round will end up with us at USD600 million in the bank very soon.” He further added that Zomato has no immediate plans with the money but treating it as a ‘war chest’ to battle price competition from rivals.

The firm is currently raising funds as a part of series J Financing, and received funds from Tiger Global, Temasek, and Baillie Gifford. US firm Tiger Global has invested USD100 million, and Temasek pumped in USD60 million already. Chinese company Ant Financial has committed to invest an additional USD50 million. After the first round of fundraising, the company’s value rose to USD3.5 billion. It has plans to onboard more investors in the future. Regarding Zomato IPO plans, Goyal mentioned in the email that its finance/legal teams are working to make the IPO dream possible by the first half of next year.

Zomato has revived 80 percent of its pre-COVID sells and possibly waiting to close the valuation gap with the rival, Swiggy before it goes ahead with a public listing. The pandemic condition has taken a toll on the profitability of the online food delivery aggregator. Market pundits believe that Zomato might buy some more time to turn profitable before launching IPO schemes. But they think that losses will not impact Zomato’s IPO aspiration.

Although several startups have made it big in India, the number of IPO launches are few. If Zomato pulls off the feat, it will join the rank with MakeMyTrip, which listed in NASDAQ in 2010. Info Edge India Ltd., which owns Naukri.com, one of the earliest investors and the largest shareholder of Zomato went public in 2006.  If Zomato’s IPO plans take off, it will be one of the few firsts consumer internet startups to debut in the IPO market. However, whether Zomato will make the debut in India or USA is still unclear.

The market will certainly look forward to Zomato IPO. Currently, companies have seen enthusiastic participation from Indian investors in IPO schemes. But they might miss the opportunity if Zomate chooses to enlist in the USA. The Ministry of Corporate Affairs, currently, is working on a draft policy to allow Indian corporate to enrol in foreign bourses without listing in BSE or NSE.

Zomato is planning to launch its IPO share offers during next year. In his email, Goyal mentioned that the business has gone up dramatically. So, it might wait till it turns profitable to make a stronger claim in the IPO market. However, according to market experts, being at a loss may not dampen Zomato’s prospect in hauling IPO capital, even Facebook and Amazon were making losses when they launched their IPO proposals.