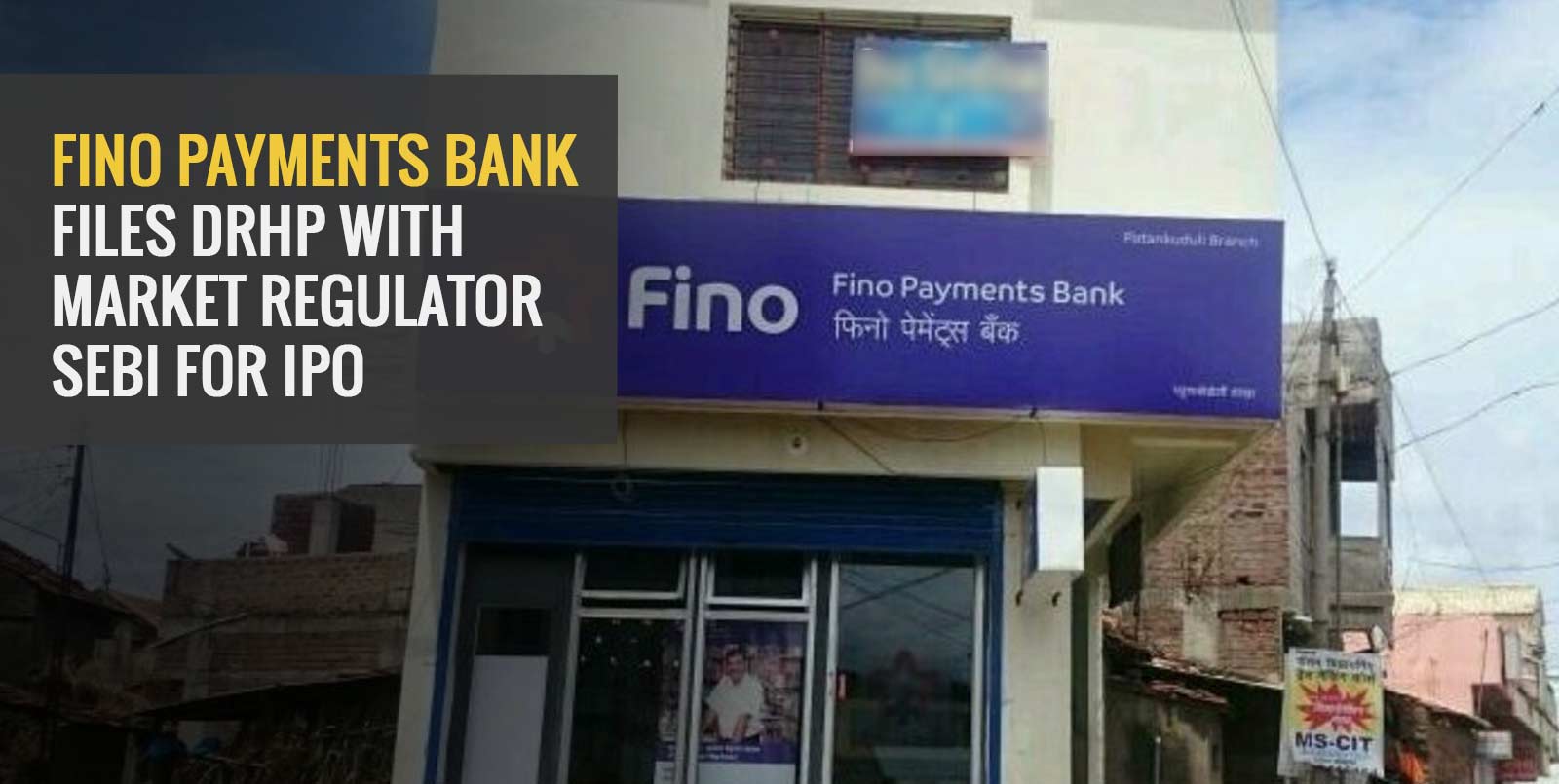 Fino Payments Bank has filed a DRHP with market regulator SEBI to fundraise through its initial public offer. As per the DRHP, the said IPO will comprise a new issue of shares worth Rs. 300 crores and an OFS of a maximum of 15.60 million shares.

It is speculated that this company could opt for a pre-IPO placement to aggregate a maximum of Rs. 60 crores. The success of such a move could lower its expected fresh issue of shares.

Read along to find out more about this upcoming initial public offering.

How does Fino Payments Bank Plan to Use the IPO Proceeds?

This upcoming IPO is expected to raise around Rs. 1300 crores through its initial share-sale.

The company plans to use its IPO proceeds in these ways –

This could help the company boost its products and service offerings. It will also prove effective in strengthening its business model even further.

On that note, let us quickly check out the key highlights of this company in brief.

Here are some of the most noteworthy points that you should know about Fino Payments Bank.

Also, as a response to government relief disbursement, this fintech witnessed a surge in its banking transactions.

This makes us wonder, where does the company stand financially?

Additionally, this company has strong backing from marquee investors such as Blackstone, Bharat Petroleum, IFC, and ICICI Group.

Fino Payments Bank happens to be the first of profitable fintechs to file an initial public offer. Judging the momentum of both domestic and international markets, the next one to two years seem conducive for its listing.

However, it is still too early to make any speculations about the prospects of this IPO or its course of development. Investors who are willing to park their money in this space could consider conducting a thorough analysis of the company’s SWOT and allied market trends. By doing so, they will develop a profitable IPO subscription strategy by the time its timeline and details are announced.

Axis Capital, Nomura Financial Advisory and Securities, ICICI Securities, and CLSA Capital are appointed as the lead managers of this upcoming IPO.

This upcoming IPO will be of book built issue type.

Fino Payments IPO is yet to release the tentative dates of its IPO timeline.