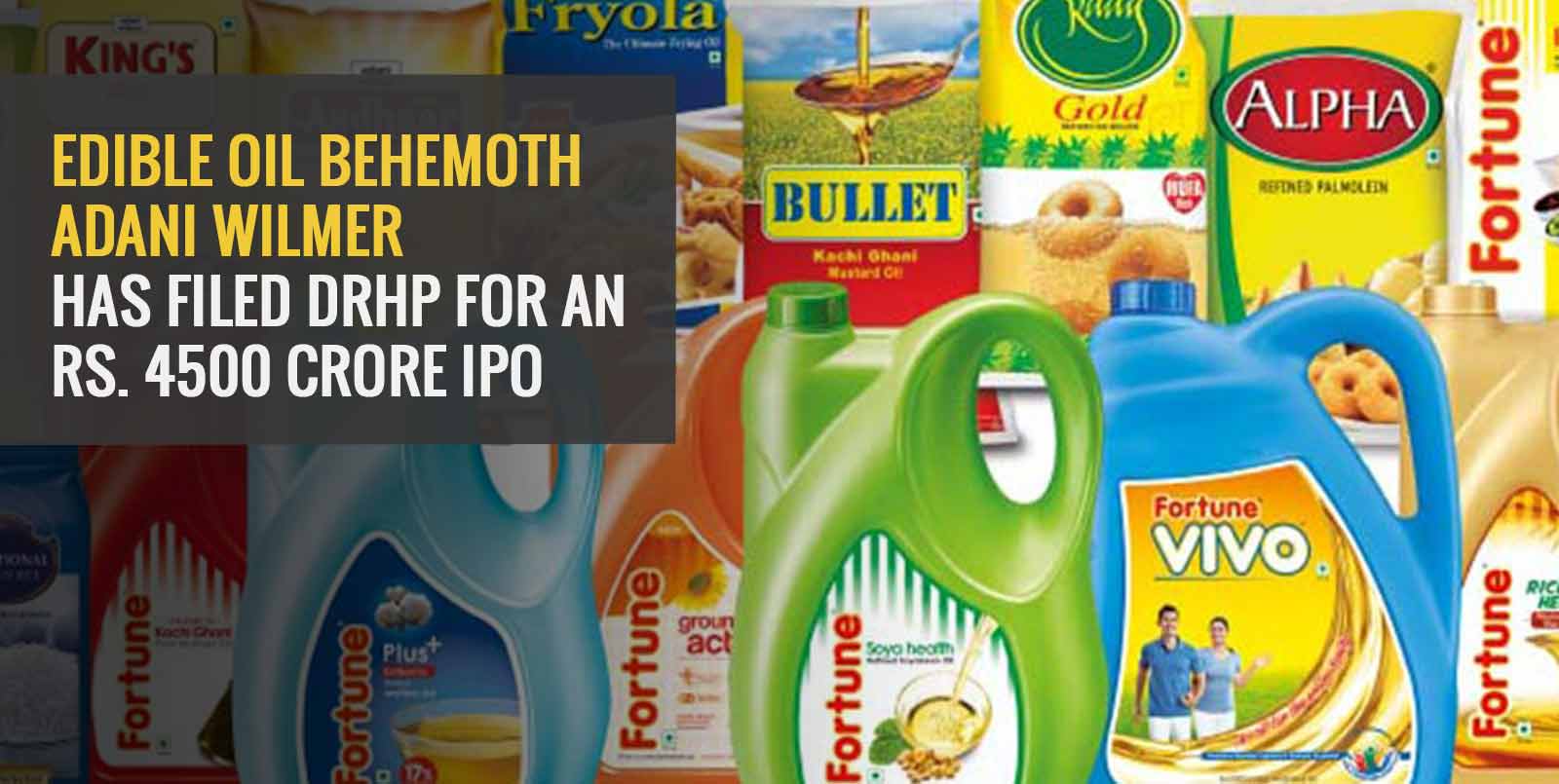 One of India’s largest edible oil producers and distributors, Adani Wilmer, is planning a Dalal Street entry with an IPO of Rs. 4500 crores.

The company, a 50-50 partnership between Wilmer Group and Adani Enterprise, has filed DRHP with market regulator SEBI on 2 August 2021.

Details of this DRHP are yet to be available. However, the company has confirmed that it will only consist of new shares. Therefore, existing shareholders are not offloading their stake in this offering.

Adani Wilmer plans to be the largest FMCG Company in India by the next decade, and this IPO will perhaps be the first step towards that.

If and when this plan realises, it will make Adani Wilmer the 7th organisation to be listed from Adani’s stable.

According to their official website, Adani Wilmer has the largest edible oil distribution network in this country.

They have 85 stock points and 5000 distributors, along with a 10% retail penetration spanning 1.5 million outlets across India.

Additionally, Adani Wilmer operates two refineries in Bangladesh under the banner of Rupchanda.

This joint venture between Adani Group and Singapore-based Wilmer group has 22 units in India. These units together have a refining capacity of 16,800 tonnes per day and a daily seed crushing capacity of 8,800 tonnes.

According to a company executive, more than 60% of their annual revenue comes from the edible oil business. Besides its India market, the company also exports to more than 19 countries in South-East Asia, Middle-East, and East Africa.

The operations of Adani Wilmer are not restricted to only edible oil. The company has also forayed into other segments. It includes basmati rice, maida, atta, sooji, besan, rawa, and various pulses.

AWL may not be the only company to go public this year from this segment. Gemini Edibles and Golden-Agri Resources are also planning their IPOs. Also, one of Adani Wilmer’s market peers, Ruchi Soya, is hitting the bourses with its follow-on public offer.

Adani Wilmer operates in a highly competitive segment, teeming with companies such as Dhara, Nature fresh, Saffola, Sundrop, and many others. Therefore, it will be interesting to see how the company fares after its debut in the BSE and NSE.

To know more about the Adani Wilmer IPO and its latest updates, stay subscribed to the Angel One Blogs.

The objectives of this IPO are to meet working capital needs, general corporate purposes, and issue expenses.

There is no news regarding the launch of this IPO.

Adani Wilmer has not announced the price band for its IPO.