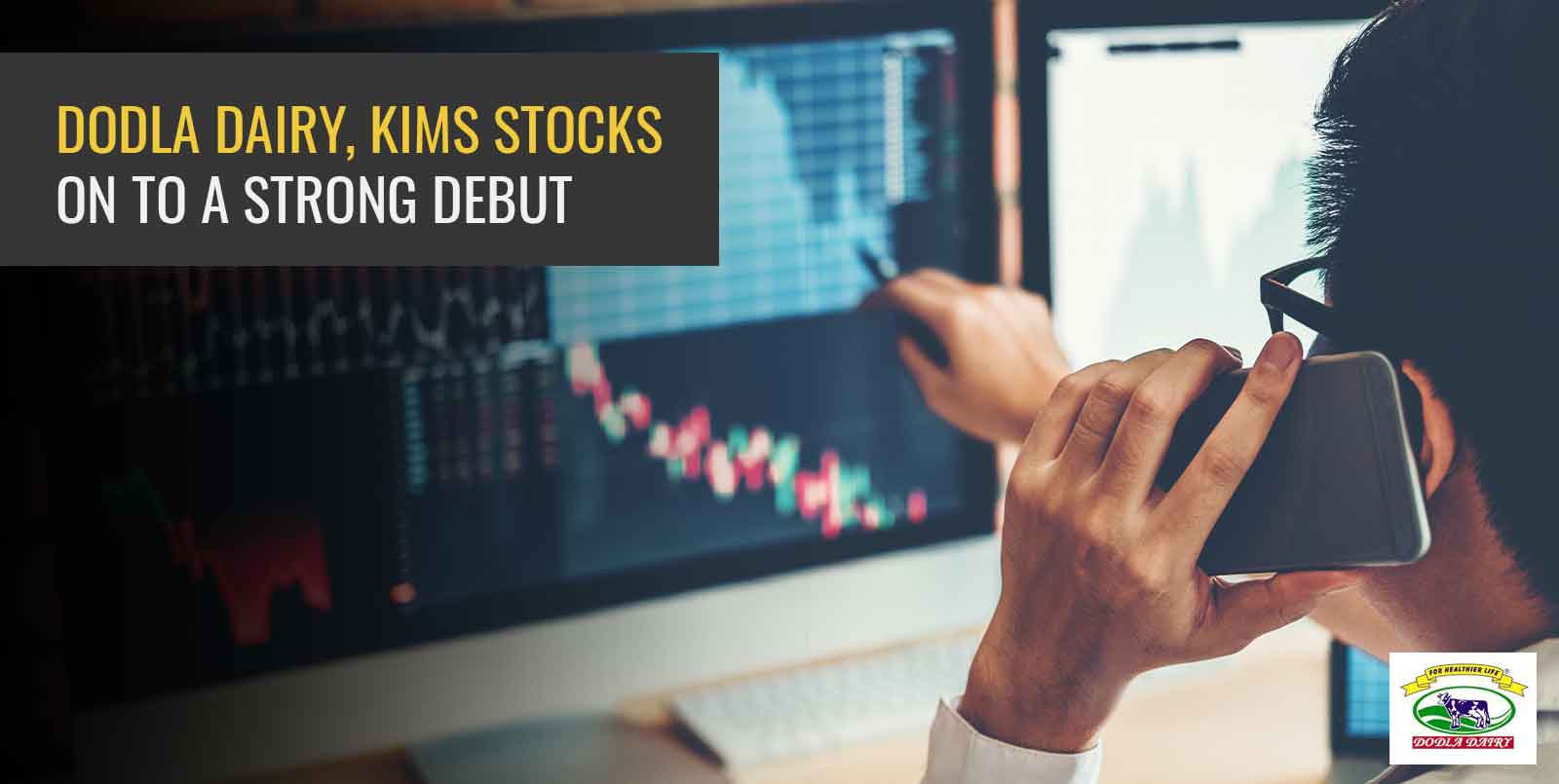 Between April and December in FY21, there was a strong recovery in Dodla Dairy’s financial performance. Dodla Dairy company increased its EBITDA margins by taking effective cost-cutting measures to power through the pandemic. As a result, it reported a PAT of Rs. 116 crores during this period while maintaining a stable operating cash flow position.

KIMS shares made a strong listing on stock exchanges

The listing price of KIMS was Rs. 1,009, representing a 22% gain over its issue price. Shares of this company witnessed a correction before closing at Rs. 996 on day 1.

KIMS launched IPO to raise funds to the tune of Rs. 2,143 crores. After becoming listed, this company had a market capitalisation of Rs. 8.074 crores. 75% of the issue was set aside for qualified institutional buyers – they bid for 5.26 times the allocated part. The retail Investors segment was subscribed 2.9 times, whereas its non-institutional portion was subscribed 1.89 times the quota. Overall, the KIMS IPO was subscribed 3.86 times.

The Secunderabad-based company operates one of the largest hospital chains in Telangana and Andhra Pradesh, consisting of nine speciality hospitals. They have a bed capacity of more than 3,000, which include over 2,500 operation beds. KIMS revenue in FY2021 stands at approximately Rs. 1,340 crores. Moreover, this company reported an adjusted EBITDA of roughly Rs. 381 crores.

KIMS plans to utilise the proceeds from the fresh issue to manage its debt burden. Out of the total funds, Rs. 150 crores have been earmarked for paying off a portion of its overall debt. The company will use the remaining sum for capital expenditure as well as general corporate reasons.

To sum it up, market observers expect a re-rating of Dodla Dairy’s valuations considering the sectoral growth trends and market leadership. And, as for KIMS, there’s potential upside on the horizon, considering the possibility of the company becoming net debt-free in the next financial year. However, investors also need to consider the concerns faced by this company due to the pandemic.

For more such interesting news about the world of IPOs, finance, investment, and stock markets, check out Angel One blogs.