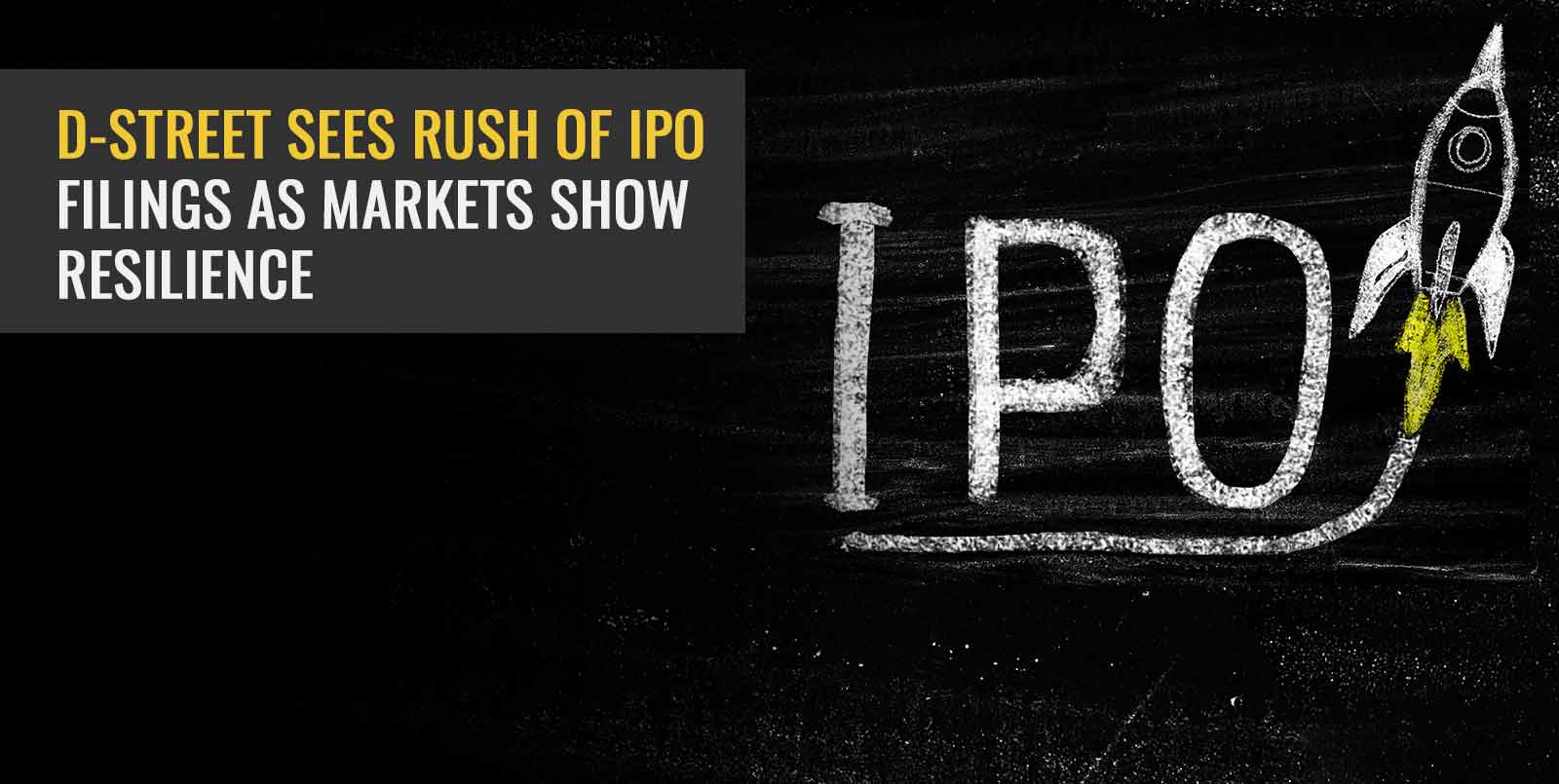 As India battles the second wave of Covid-19 infections, the stock market has largely stayed resilient. In the first fortnight of May alone, as many as ten companies have filed their prospectus with SEBI in a bid to raise a combined amount of Rs 20,000 crore.

One of the reasons for the IPO rush is that there is adequate liquidity in the domestic and global markets, leading to a favourable situation for companies to take the IPO route. Many companies that have filed for IPOs in the recent list are good sized quality firms.

Another reason that analysts believe could have led to the IPO rush is that the markets may be nearer to fair valuation than before leading to offloading of stakes by some holders by way of IPOs. This time may also be a space for many investors to reallocate some of their capital; many private players or investors may be exiting or partially exiting and new investors may be coming in thanks to the IPO fund-raising. Take the example of the Zomato IPO — its leading shareholder InfoEdge is expected to sell shares worth Rs 750 crore in the public offering.

The sectors that the companies are in may also play a role. Amid the second wave, CarTrade becomes the first ever IPO by an auto classifieds platform in India. The IPO may have factored in the preference of many consumers to give up on public transport and opt for personal cars. In the case of food delivery platform Zomato, its listing comes during a phase when there is an increase in funding activity in the start-up space. There has also been an increase in online services, and many Internet companies are planning to go public, including online cosmetic and beauty products marketplace Nykaa and insurance marketplace Policybazaar.

Another reason for the IPOs in May is that many companies with a matured business are looking at capital for growth so as to take their businesses to the next level. The prospectuses that have come up in recent times could also be because many firms that are looking at IPOs had a six-month timeframe to file with SEBI after they publish Oct-Dec quarter audited results.

Good IPO season in the first quarter of CY 2021

In the first three months of this year, India saw 22 IPOs with a combined worth of more that US $2.5 billion, according to EY India’s IPO report released in April. Data shows that there were 17 IPOs in the first quarter of the calendar year 2021 compared to one IPO in the same period last year and 10 IPOs in the fourth quarter of CY 2020,on the Indian exchanges. There five IPOs in the SME markets for Q1 of CY2021 as compared to 11 IPOs in Q1 2020.

The report noted that more than 20 companies had filed DRHPs and the April to June quarter would be bullish on the public offer front. However, it also sounded a note of caution over the immediate term. The report took note of the second surge of Covid infections and the emergence of new variants of concern.

In line with global IPO boom

The Indian IPO rush is in line with the global boom in the primary markets, as the world has seen 670 IPOs in the calendar year 2021 as of May 10, according to global market data provider Refinitiv. This is the highest number of IPOs in the first five months of the year, the highest in two decades. The BSE takes the 13th spot in world rankings, with 26 IPOs till May 10, 2021 raising more than $2731 million, data suggests.

Meanwhile, there are some indications of the second wave slowing down although it is far from over. India recorded 2.81 lakh new cases on Sunday and with that, the daily cases dropped below the three-lakh mark for the first time since April 21. If the cases drop off by June, the restrictions may be eased leading to greater economic activity. The markets will be buoyed and the primary markets will see a similar shot in the arm.

In spite of India seeing a second wave of Covid-19 cases, the IPO flurry has not stopped with 10 companies filing their prospectuses with SEBI in the first fortnight of May alone. The liquidity in domestic and global markets, fair valuations, early investors seeking an exit to matured businesses looking at growth are all reasons for the flurry of IPO prospectuses to be filed. The six month timeframe for companies to file prospectuses following audited result announcements for Oct-Dec quarter could also be a reason for the rush of IPO prospectus filing.