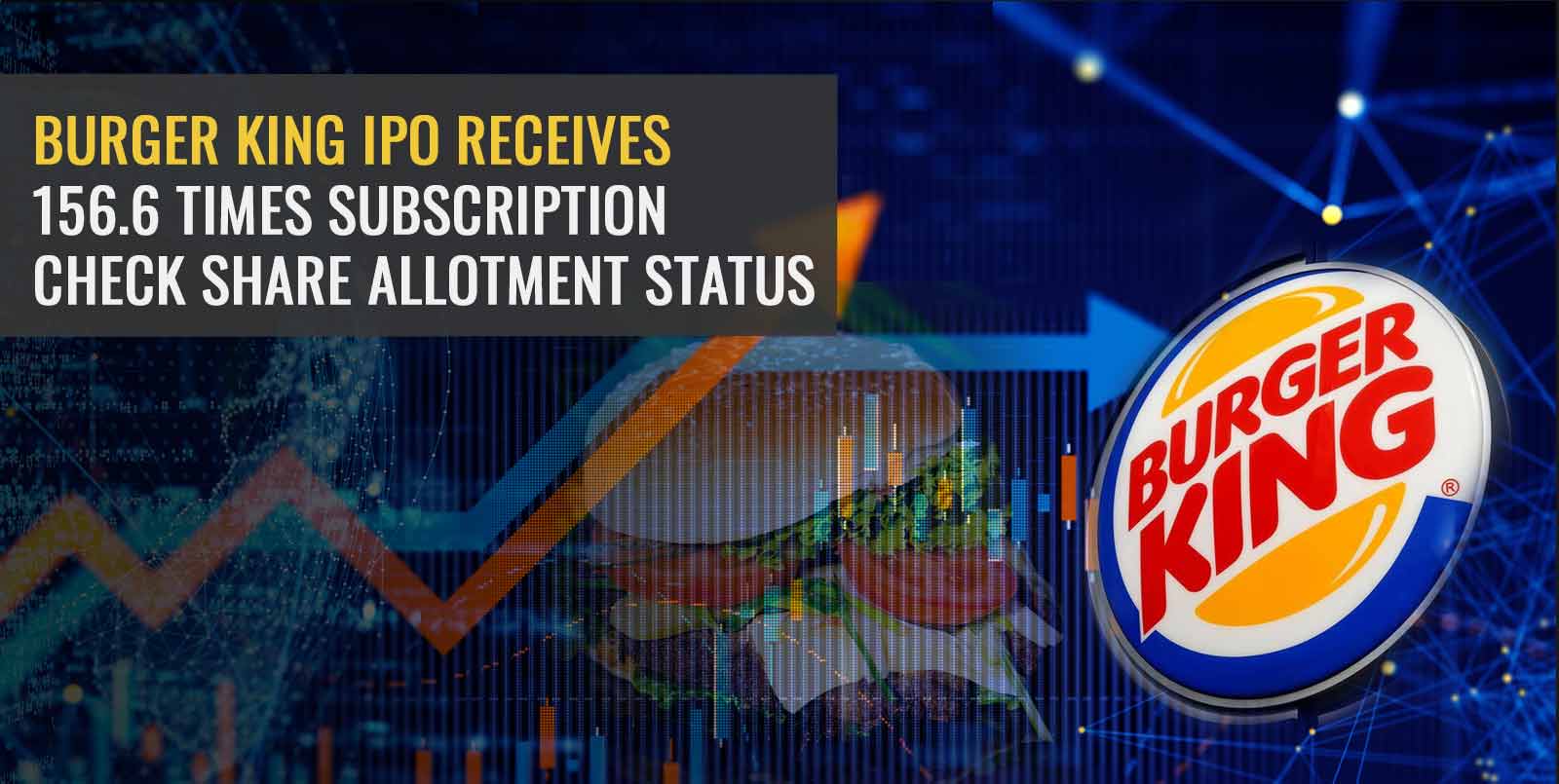 Burger King IPO launch receiving massive oversubscription exhibits investors’ strong faith in the market recovery. Burger King IPO is the fourteenth IPO to launch 2020, and the third to receive overwhelming 150 times subscription.  The year overall proved to be a strong one for the primary market where companies have already raised Rs 30000 crores in public offerings.

Burger King India is the Indian partner of the famous American burger brand, holds the exclusive rights to establish, develop, and operate under the brand name. Burger King hit the market on December 2, after getting shelved previously amid COVID-19 outbreak. The offer received an overwhelming response from investors with a whopping oversubscription. The HN1 quota had also received subscription 354.11 times.

With Burger King becoming the third company to receive over 150x subscription, experts are upbeat on the IPO. They think with a robust franchise model, attractive valuation, strong brand position, negative working capital, and a solid store expansion plan, the future growth path looks exciting for the quick-service restaurant. Burger King is planning to add 700 more restaurants to its existing network of 200 plus restaurant chain in India by 2026.

Despite the lean period between April-June, the IPO market picked up the pace pretty fast. Due to COVID-19 outbreak, the market remained tepid since the beginning of the year. SBI Card and Payment was the last big IPO to launch before the lockdown was declared in March, received a lukewarm response from investors. However, investor response for Rossari Biotech shares that launched in July was very positive, and they even oversubscribed for the offer. Later, Happiest Minds, a digital transformation and IT consulting service, IPO received massive 150x subscription in August.

Expecting that there is enough liquidity in the market, the market is likely to remain buoyant in the coming months. There are a couple of more companies in the list which might hit the public offering route in FY2020-21 to try to achieve what Burger King IPO has already done.

Finalisation of Burger IPO allotment happened on Wednesday. If you have applied for the offer, you will receive the shares in your Demat account by Friday. In case of refund, the process starts on Thursday, December 10. You can check the allotment status of the IPO in Link Intime India’s, the registrar of the issue, web portal and even on BSE and NSE’s website.