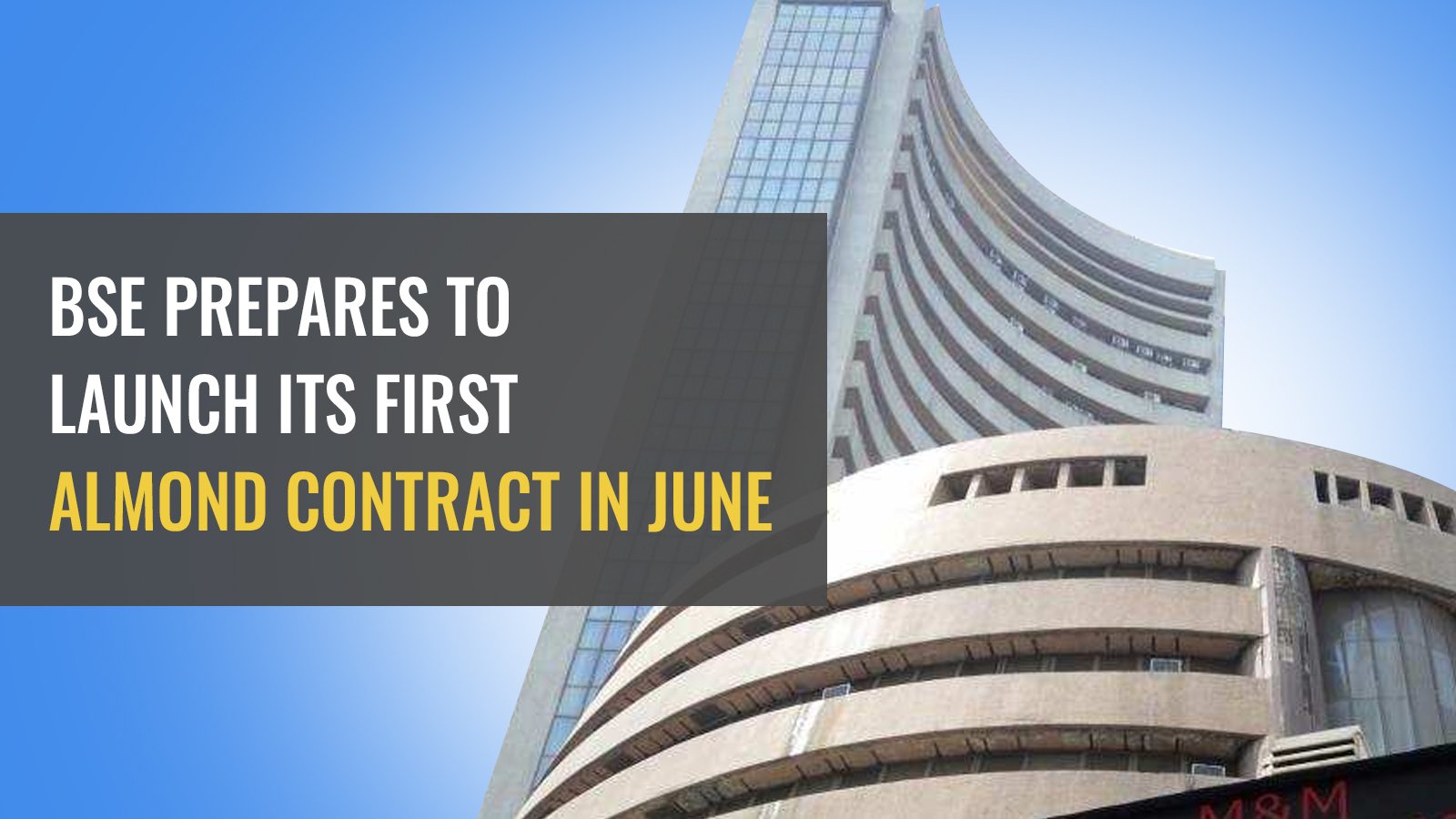 Bombay Stock Exchange or BSE is trying to make a mark in the commodity exchange segment by planning to launch Almond contracts in commodity derivative segment. Although MCX dominates the commodity trading sector along with NCDEX and ICEX, BSE and NSE also take part in it from time to time by introducing new indices. Before this also, BSE had traded in spot gold options contract with great success.

BSE has announced a futures contracts on almonds ahead of the harvest season, which is in September. It will also benefit from the coming festive season when almond prices are likely to spike in India. Labelling the move as timely and appropriate a BSE source said – “this is the right time to launch almonds contracts. The crop is in the farming stage and will reach the market by September end when the festive season starts in the country.”

As the income of India’s middle-class population is rising, the country has emerged as one of the major importers of almonds. With one lakh metric ton yearly consumption volume, most of India’s demand is met by import. Domestic production constitutes only a fraction and limited to the hill areas of Jammu and Kashmir and Himachal Pradesh. As much as 75 percent of total almond import comes from California almonds, but around 18 percent also comes from Australia. Indian importers are profoundly affected by the price changes in the global market, and their risk exposure rises with the global price rise. The lunch of futures contracts on almonds by BSE will help Indian importers hedge against price volatility.

Not only almonds futures contracts, but BSE also has plans to introduce steel billet contracts in July. It has already signed MoU with Steel Users Federation of India (SUFI), which has more than 200 players. It will help BSE gain mileage in the market segment since India is a top producer of steel.

Indian commodity trading market is dominated by commodity exchanges like MCX (Multi Commodity Exchange), NCDEX (National Commodities and Derivatives Exchange), and more. But BSE is steadily cementing its position in the commodity market too, which it started dealing in 2018. It is steadily enjoying prominence in the domain, and after enjoying success with Gold Mini and Silver kg, BSE has plans to introduced more commodity derivatives in the market. Currently, it is the second-largest commodity exchange in terms of total and turn-over.

BSE’s introduction to commodity market is a significant diversion

Commodity trading takes a different route from other forms of investments. Mostly, commodities are traded through futures contracts, which allow trading of an underlying asset in a preset price. Unlike equity futures, a physical settlement is made compulsory for most of the traded commodities barring a few like crude oil and natural gas. It creates a diversion for BSE, which mainly functions in the equity sector, and helps it become a versatile trading platform.

In India, the major portion of commodity trading happens through specialised commodity exchanges, but the introduction of BSE and NSE (National Stock Exchange) in the segment will help in diversifying the market and increase its reach to more players.

BSE aims at creating an orderly commodity market and assisting in commodity trading get a strong foothold in the economy.