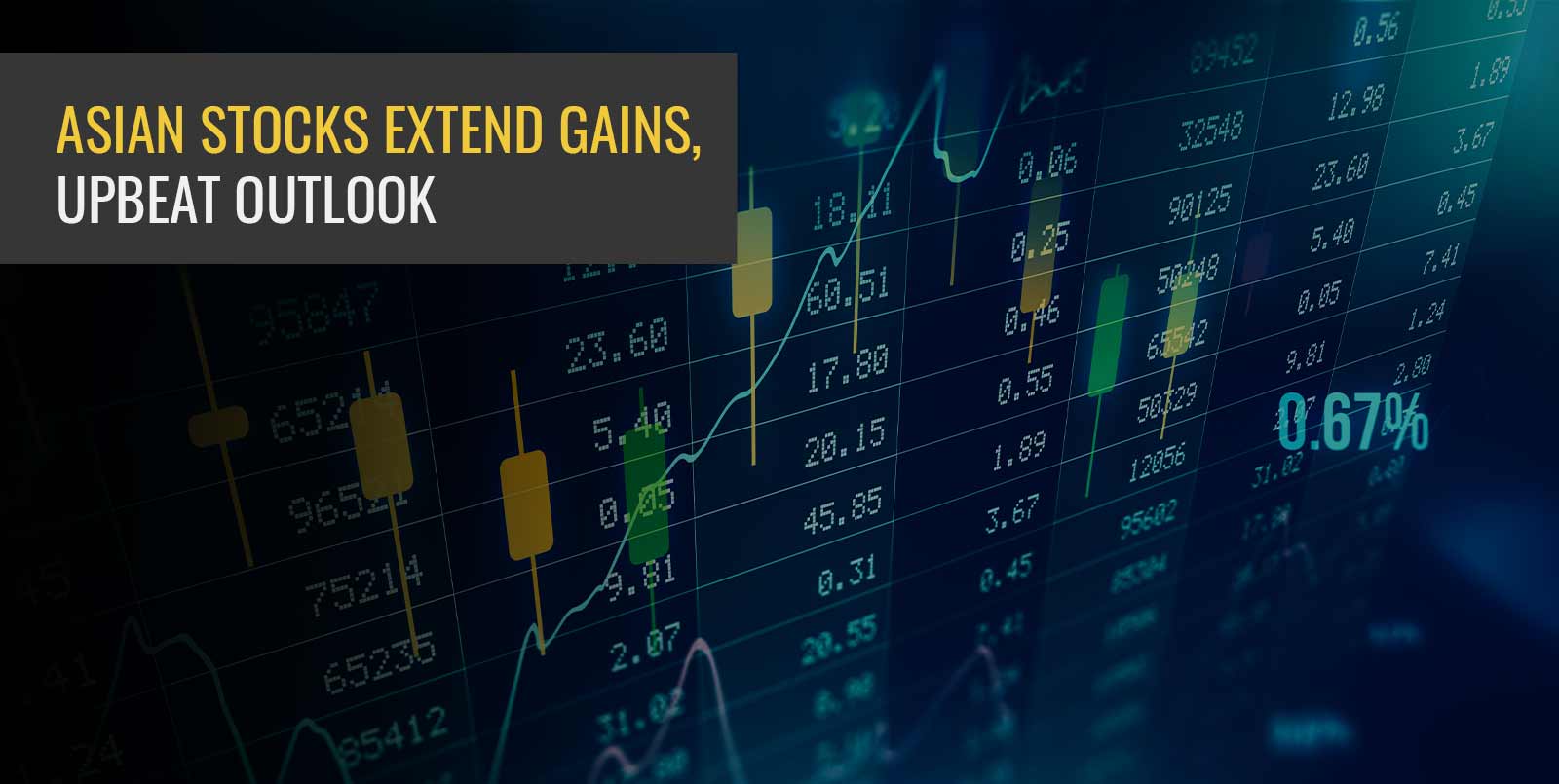 Most Asian markets rose on Monday, extending a surge that pushed global shares to new highs after a US report showed the economic recovery was still intact but didn’t necessitate a withdrawal of the Federal Reserve stimulus just yet.

The Nikkei, on the other hand, bucked the trend, dropping 0.5 percent after an increase in COVID-19 infections in Tokyo, just weeks before the city hosts the Olympic Games.

Outside of Japan, MSCI’s broadest index of Asia-Pacific stocks jumped 0.3 percent, driven by a 1% gain in Taiwan. Blue chips from China increased by 0.1 percent.

Because US markets will be closed for the long Fourth of July holiday, trading will be lighter than usual, implying that “some of those positive gains would be contained and price activity might be turbulent.”

However, given Friday’s nonfarm payrolls statistics, things remain extremely upbeat, and many will start to see that as the week progresses. The conditions are ideal for equities to continue to rise around the world.

Last week, the MSCI All Country World index hit a new high of 724.66, and it was up 0.1 percent on Monday. After closing 0.8 percent higher at a record 4,352.34 on Friday, S&P 500 futures indicated a 0.1 percent drop for Tuesday’s beginning. The Dow Jones Industrial Average increased by 0.4 percent, while the NASDAQ Composite increased by 0.8 percent, both of which set new highs.

Last month, nonfarm payrolls in the United States surged by an unexpected 850,000 jobs. However, the unemployment rate unexpectedly increased to 5.9% from 5.8%, and the highly monitored average hourly earnings, a barometer of wage inflation, gained 0.3 percent last month, somewhat less than the consensus prediction of 0.4 percent.

The goldilocks print shows that the tapering schedule and associated rate hike profile do not need to be accelerated. Overall, payrolls are still 6.8 million below pre-pandemic February 2020 levels, falling short of the Fed’s requirement for significant progress. As a result, there is nothing in this report that should cause the Fed to become more hawkish.

The minutes of the Federal Open Markets Committee meeting from last month will be closely scrutinised, as policymakers startled markets by announcing two rate hikes by the end of 2023. Since then, Fed officials’ comments have been more balanced, particularly from Jerome Powell, and investors will be looking for more hints on the timing of policy tightening in Wednesday’s release.

Gold climbed on Friday, moving further from a two-month low reached earlier in the week, as the dollar fell and investors considered the potential for Fed tightening in the wake of a strong jobs report that showed a modest increase in the unemployment rate.

The Delta coronavirus type, which has caused some Asian and European countries to postpone reopening plans, was also on investors’ radar. These fears, combined with lower vaccination rates in some parts of the US, may persuade some investors that the Fed will be cautious in raising interest rates, favouring gold in the long run.

In the short term, however, gold is encountering technical resistance at approximately $1,790, and will most likely remain in a holding pattern until we get some weaker-than-expected economic data.

After the benchmark 10-year US Treasury yield fell to 1.4306 percent, US bond markets were closed for the holiday.

The dollar remained fairly unchanged on Monday, after falling from a three-month high at the end of last week, weighed down by the weaker details of the US nonfarm payrolls report.

As the OPEC talks went on, crude oil prices fell. Saudi Arabia’s energy minister fought back on Sunday against the United Arab Emirates’ opposition to an OPEC pact, calling for “compromise and rationality” when the group reconvenes on Monday.