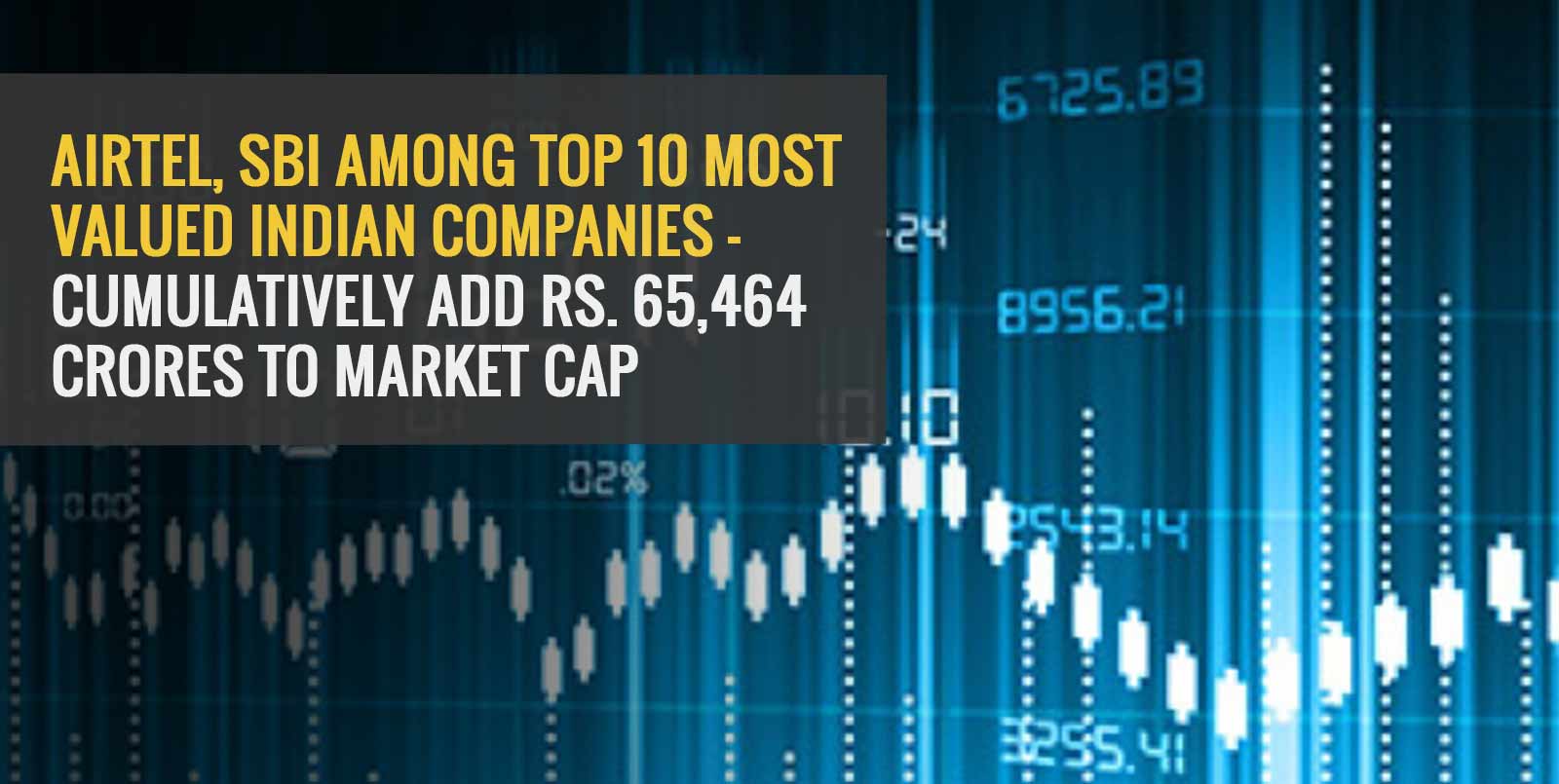 4 of India’s 10 most valued businesses have added a massive Rs. 65,464 crores to their market valuation over the past week. Out of these 10 companies, telecom giant Bharti Airtel and State Bank of India have been frontrunners. These two giants have emerged to be the biggest winners over the last trading week.

As a consequence, the Bombay Stock Exchange climbed 710 points or 1.21% in the past week. Let’s take a close look into this matter.

The following Indian businesses were included in the list of the top 10 most valued companies in India:

Of them, Bharti Airtel, SBI, Tata Consultancy Services, and HDFC Bank have been the winners. The rest of the businesses have, however, lagged behind.

A Brief Look at the M-cap of Each Business

Take a look at how the market cap of each of these businesses fared during the last week of trading.

However, if the 10 firms are ranked in terms of the size of their market cap, Reliance Industries Limited would top the list, while Bharti Airtel would be at the bottom. Here’s a list of the 10 aforementioned businesses a per their market valuation:

Indeed, the jump in the market capitalization of the 4 businesses pushed both the benchmarks up by a significant proportion.

To receive more of such interesting updates and tidbits about business, finance, and the stock market, make sure to take a look at Angel One blogs.

Sensex touched a record high of 59,000 on Thursday for the first time in reaction to this news.