Say you are an entrepreneur, who started a corporation, with a few closely known members as the shareholders. The profit or loss of the Company is borne by these people. As the company continues to mature, and is seen to have growth potential, any Company head would think of making their business even bigger. To make it even bigger, to achieve greater heights, you will need a huge capital investment. And you cannot rely on the banks every time.

But what is an Initial Public Offer?

When a private company sells securities to public in the form of shares for the very first time, it is known as the initial public offering.

What are the advantages of going public?

This is the chief reason d’être for a company going public. The company may need money to clear off debts, to invest in research and development, to expand the existing unit, to improve infrastructure and many such reasons which help in their future development.

When a public company enters into a deal for a merger or an acquisition with smaller competitors, the terms of the deal usually include shares. This way cash flow to the smaller companies becomes smooth and effective.

Going public gives a company visibility and credibility. The public companies should be better professionally managed and fiscal data should be more transparent as they have to report it to SEBI periodically. Hence, to the world, the Company looks more credible.

Selling a company’s equities to the public will generate a lot of liquidity and capital, which can be used for a better future of the company. Hence, the company will be in a more stable financial situation to apply for loans or to negotiate the terms of loans.

What are the disadvantages of going public?

When you sell too much of your shares, and your shareholders elect the majority of the board of directors , all decisions need approval by the board members or at least the majority of the share holders. Earlier the decision-making process which finished within a few hours in the meeting room, will now,  take days. How much ever you try to keep your focus on the actual business goals, the stockholders who hold minimal shares individually, on coming  together, can pressurize you to move away from it.

The Public company information will have rolling costs for periodic reports and proxy statements that are filed with the regulatory agencies and distributed to the shareholders. The company should do audits and any other public company compliance procedures. Every procedure and a report has a cost attached to it.

Offering shares to public is not cheap at all; it has a huge upfront cost. It involves under-writers commission, accounting and legal fees, printing charges, road show expenditures, advertising costs and registration fees.  Management and accounting system must be upgraded. The departments which handle pesky analysts and you need to get qualified people to sit on your company’s board.

Going public with your Company augments the potential liability of the company and its executives for mismanagement. Legally, a public company has an obligation to its shareholders to capitalize on shareholder profits and declare operational data. The company and its management can be prosecuted for self-dealing, making material misrepresentations to shareholders or omitting information that the centralized securities laws require to be disclosed. 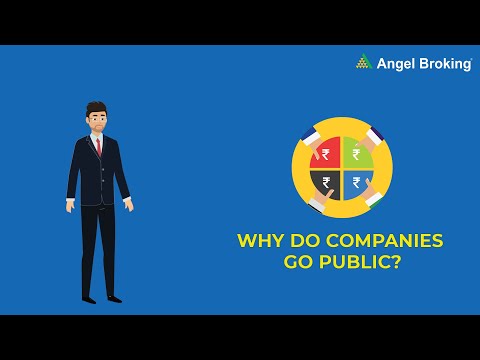 All said and done, before going public sit with your private group of shareholders, assess the company’s financial situation. Make sure you can bear the cost of becoming a public company. If you can overweigh the future capital gain to the current costs, go ahead with the IPO. Nobody is stopping you!