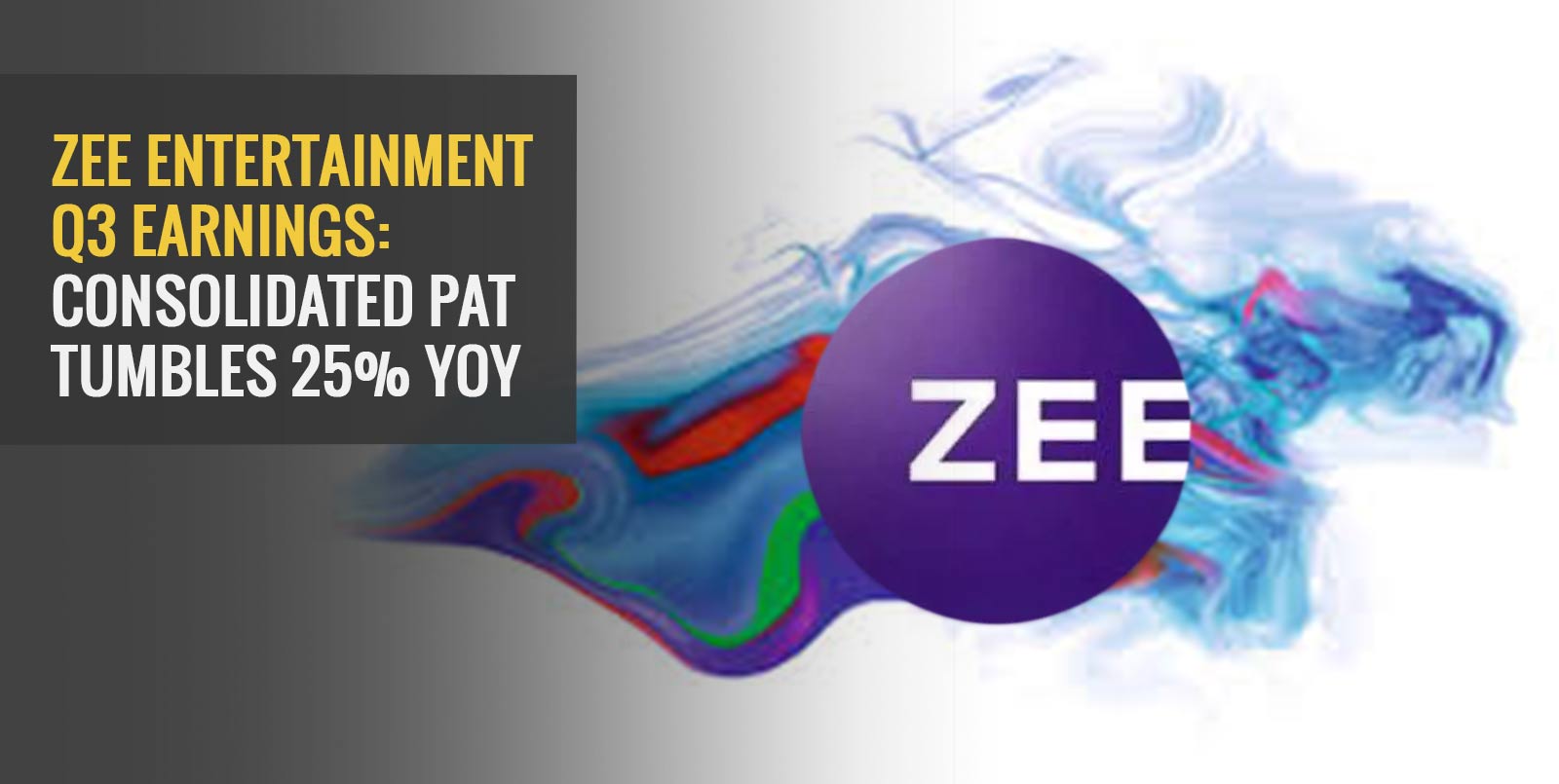 Zee Entertainment published its Q3 earnings report on 2 January 2022. The company witnessed a 25% YoY decline in consolidated net profit as per the report. As a result, its consolidated PAT stood at Rs. 299 crores for the quarter ended 31 December 2021.

Keep reading to know about this topic.

For this evaluation period, Zee Entertainment’s total income was Rs. 2,130 crores. It was reported as Rs. 2,757 in the same quarter of the previous year.

However, as per Zee, its earnings for Q3 FY 2022 should not be compared with the year-ago period. This is because it has faced severe disruptions in business activity due to the pandemic. Zee Entertainment believes that the tepid quarterly earnings are a direct impact caused by the COVID-19 pandemic.

Mentioned below are a few key highlights of this earnings report:

However, Zee5 witnessed a rise in monthly active users (MAU), which reached 101.9 million. In addition, the company said that it released around 51 TV shows and movies during the quarter.

This entertainment company also attained market share in Hindi GEC backed by new launches. Apart from it, the company also tried to strengthen leadership in Bengali and Kannada.

Both the companies have signed a definitive agreement for the merger and have already combined their digital assets, linear network, programme libraries and product operations.

The company said that this scheme is subject to approval from the Stock Exchanges, Mumbai Bench (NCLT), National Company Law Tribunal and the creditors and shareholders of the company. It may also require approval from other statutory or regulatory bodies, as and when needed.

Evidently, the Q3 earnings report of Zee Entertainment saw tepid results as compared to that of the previous year. However, the company looks confident with its further plans and course of action.