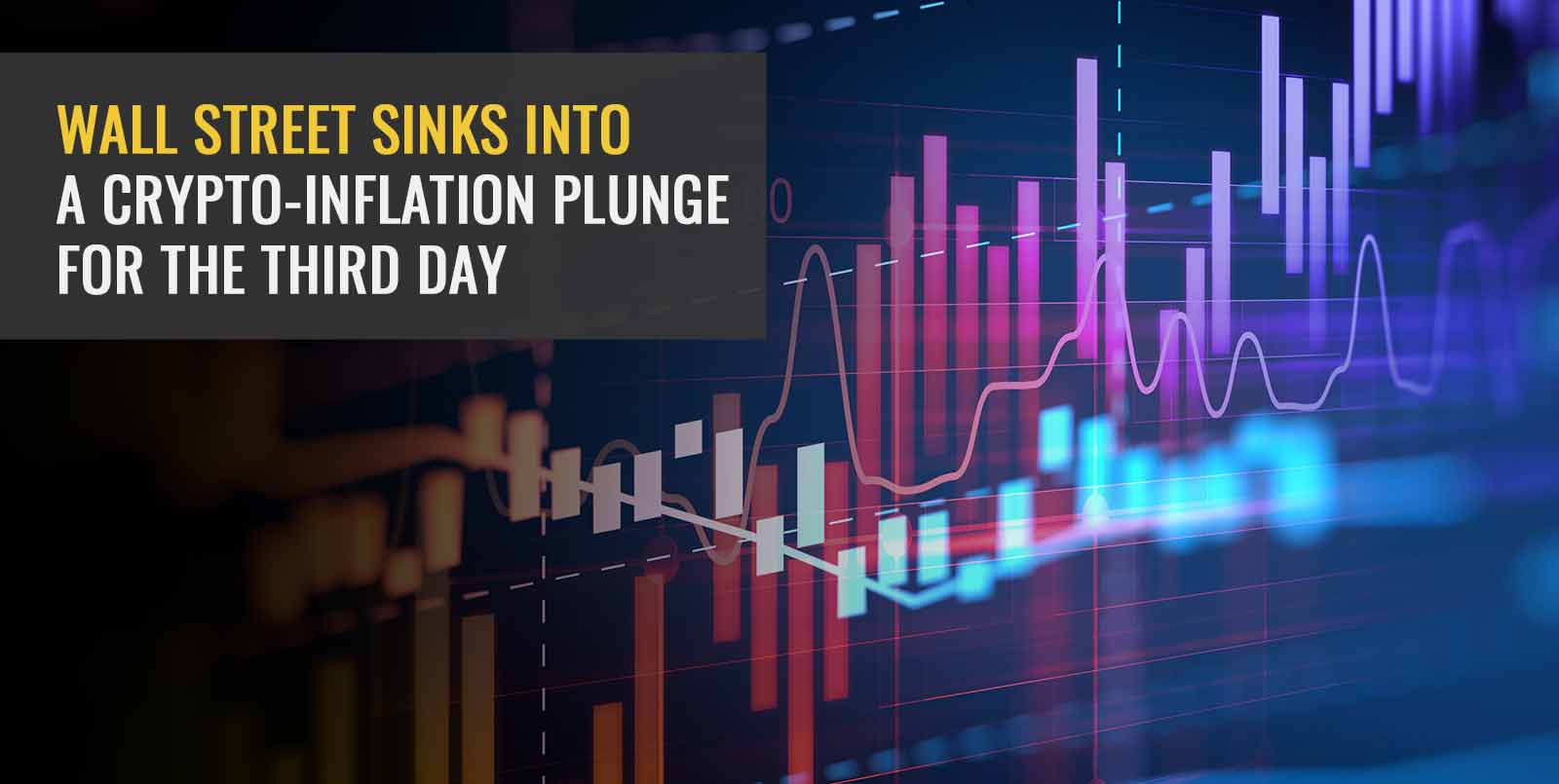 An Overview of the Recent Collapse

Wall Street’s main index falls for the third straight session of Wednesday, with investors pushing away riskier assets due to a sharp decline in cryptocurrencies and concerns about inflation. In response to China’s decision to bar financial and payment institutions from offering cryptocurrency services, Bitcoin and Ether were on track to post their largest 1-day loss since March last year. Coinbase Global Crypto-exchange provider decreased 5.6%, Silvergate Capital Corp shed 3.0% and Riot Blockchain and Marathon Digital Holdings miners decreased 7.5% and 9.0% respectively.

Tesla Inc., which has invested in the digital currency, fell 4.2 percent, while Mastercard, Square, and PayPal, both of which support crypto payments, fell between 0.6 and 3.2 percent. “It will all be about falling cryptocurrencies today and the plunge certainly has spilt over the stock markets, which are still heavily burdened by inflationary worries,” said Bright Trading’s proprietary trader Dennis Dick, Chief of Market structure, Las Vegas.

“We’ve seen a flight from equities to commodities and other asset classes as investors seek to protect themselves from inflationary impacts, but most assets are still crowded, and the Fed is handcuffed because tighter regulation will mean most of the cash will vanish from markets.” Investors will also be looking at the minutes from the Fed’s April policy meeting, where the central bank held interest rates unchanged. The statement will be released at 2:00 p.m. ET (1800 GMT).

In recent weeks, strong inflation readings and signs of a labour shortage have fuelled inflation worries and roiled financial markets, amid promises from Fed officials that the price hike will be temporary. Financials and materials led the declines in all 11 major S&P industries. The CBOE volatility index, which measures investor apprehension, increased 2.5 points to 23.82.

On Tuesday, Wall Street’s key indexes dropped in a late-session selloff as poor housing starts data overshadowed Walmart and Home Depot’s better-than-expected results. Lowe’s Companies Inc reported better-than-expected quarterly same-store sales rise, and Target Corp reported a sales increase, thanks to stimulus checks. Lowe’s shares dropped 2.3 percent, while Target’s jumped 4.7 percent. The Dow Jones Industrial Average was down 414.91 points, or 1.22 percent, to 33,645.75, the S&P 500 was down 44.22 points, or 1.07 percent, to 4,083.61, and the Nasdaq Composite was down 115.69 points, or 0.87 percent, to 13,187.95 at 11:48 a.m. ET. After reaching a one-week high earlier, the yield on 10-year Treasury notes dropped.

The key indexes on Wall Street fell on Wednesday after minutes from an April Federal Reserve meeting revealed that participants agreed that the US economy remained far from the central bank’s targets, with some suggesting that the central bank’s bond-buying programme be tapered.

After the minutes were published, it was reported that a number of Fed policymakers believed that if the economy continued to grow at a rapid pace, it would be necessary “at some stage” in future meetings to begin considering a tapering of the Fed’s monthly purchases of government bonds, a strategy aimed at keeping long-term interest rates down.

Strong inflation readings and signs of a labour shortage have fuelled concerns and roiled financial markets in recent weeks, despite Fed officials’ assurances that the price increase will be temporary.

After opening sharply lower, all three major indexes hit session lows in morning trading, then partially recovered before the publication of the Fed minutes put them under renewed pressure. Bitcoin and Ether fell on Wednesday as a result of China’s decision to prohibit financial and payment institutions from offering cryptocurrency services, contributing to a risk-off mood.