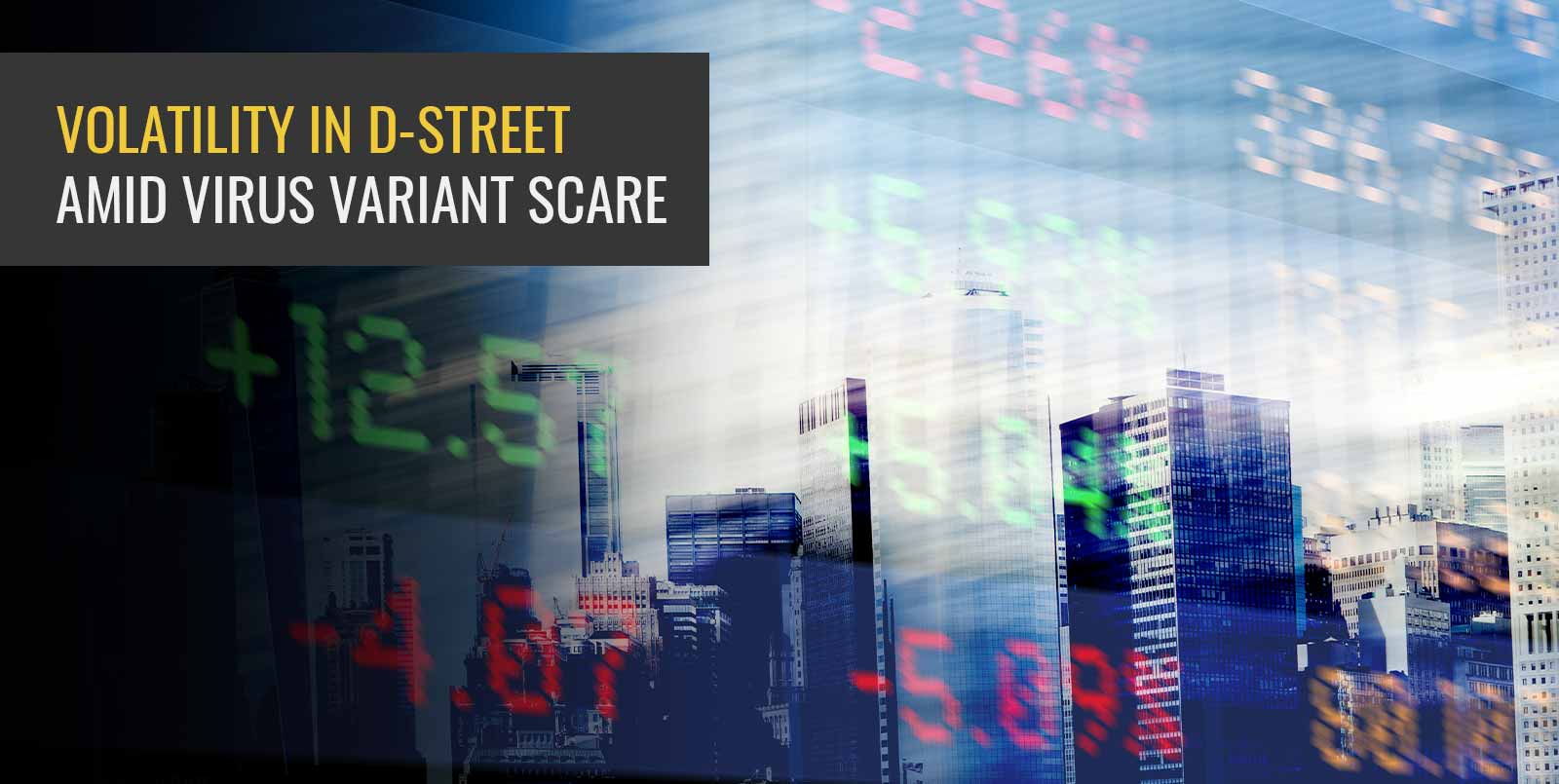 The benchmark indices, Sensex and Nifty, have been experiencing choppiness in the recent past. Even though the markets opened on November 25, Thursday, on a weaker note, the BSE Sensex managed to close 0.78 per cent points higher at a little over 58,795 points while the Nifty50 closed at a little over 17,546.10 points, up over 0.75 per cent.

The India VIX index, which is a measure of the volatility expectations, went up nearly 6 per cent to touch 18.10 on Thursday before it cooled off. Thursday also marked the expiry of the November F&O series. The expiration of a futures and options contract is done on the last Thursday of a month, while the new series begins on the next day, ie, Friday. On the expiry date, the contracts get settled.

The Nifty50 ended the month’s series with a 1.8 per cent or 321 point-loss, which according to reports is the biggest such a drop in the monthly F&O series ever since March this year. The Sensex fell 2 per cent in the same period.

Meanwhile, D-street is all set to ring in the December F&O series on November 26, Friday, with the Nifty’s rollover standing at 82.6 per cent from November carried forward into December. This is aligned with the 82.3 per cent-average of three months. A rollover essentially means the process of carrying futures positions forward from one monthly series (near expiry) into the next month. Some of the factors that may make an impact on the December F&O series include the status of the pandemic, the emergence of the newest coronavirus variant in South Africa, the prices of crude and commodities, and the US dollar index, among others, The US dollar index has strengthened recently, which could mean some outflows from foreign investors.

The markets have been seeing volatility in the recent past, with November 24 seeing the Sensex drop 0.55 per cet to close at 58,340, which was the level that it last fell to in mid-September. The Nifty50 index too fell 0.5 per cent on the day, to touch 17,415, which was last reported on September 20. Earlier, on November 22 too, the Sensex shed over 1000 points while the Nifty dipped below 17,500.

However, in spite of foreign institutional investors (FII) offloading shares with Rs 17,900 crore in the equity markets, domestic investors have turned net buyers, buying shares worth more than Rs 13,000 crore this month. A factor affecting FII inflows is the US Federal Reserve’s announcement pertaining to tapering its asset purchase programme and plans to increase interest rates in the next year. The minutes of the Fed meet have reportedly indicated that members showed a willingness to raise interest rates in case inflation continues to rise and sooner than anticipated in such a scenario. This would in turn affect liquidity in the global markets, according to experts.

Another reason for D-Street’s sluggish sentiments, as experts note, is the higher than normal valuations, and the primary market which has seen some initial public offerings listing lower and trading lower than their issue price in the recent past.

Meanwhile, the Reserve Bank of India’s policy meet is also slated for early December. India’s central bank has retained repo rates unchanged ever since May of last year, when it lowered rates in a bid to boost the economy. The markets have responded ever since, and have rallied from the lows of March 2020, when the BSE Sensex had crashed to 25k levels.

Even as the markets have seen some sluggishness in the recent past, a lot depends on the inflation risks and the US Federal Reserve and India’s RBI’s monetary policies in December. Further, the status of the pandemic and the level of impact that the new variant of the coronavirus may or may not have could have a bearing on D-Street.

When does a futures and options contract expire every month?

An F&O series expiry is fixed for the last Thursday of a month and the new series begins on the next day, ie, Friday.

What is a rollover in F&O?

A rollover is a process whereby futures contracts nearing expiry to a longer-dated contract In essence, it is the moving of your position from a certain month to the next.

What is India VIX?

India VIX is short for the India Volatility Index, which is a measure of the volatility that could be expected over the next 30 days in the NSE Nifty50 Index.