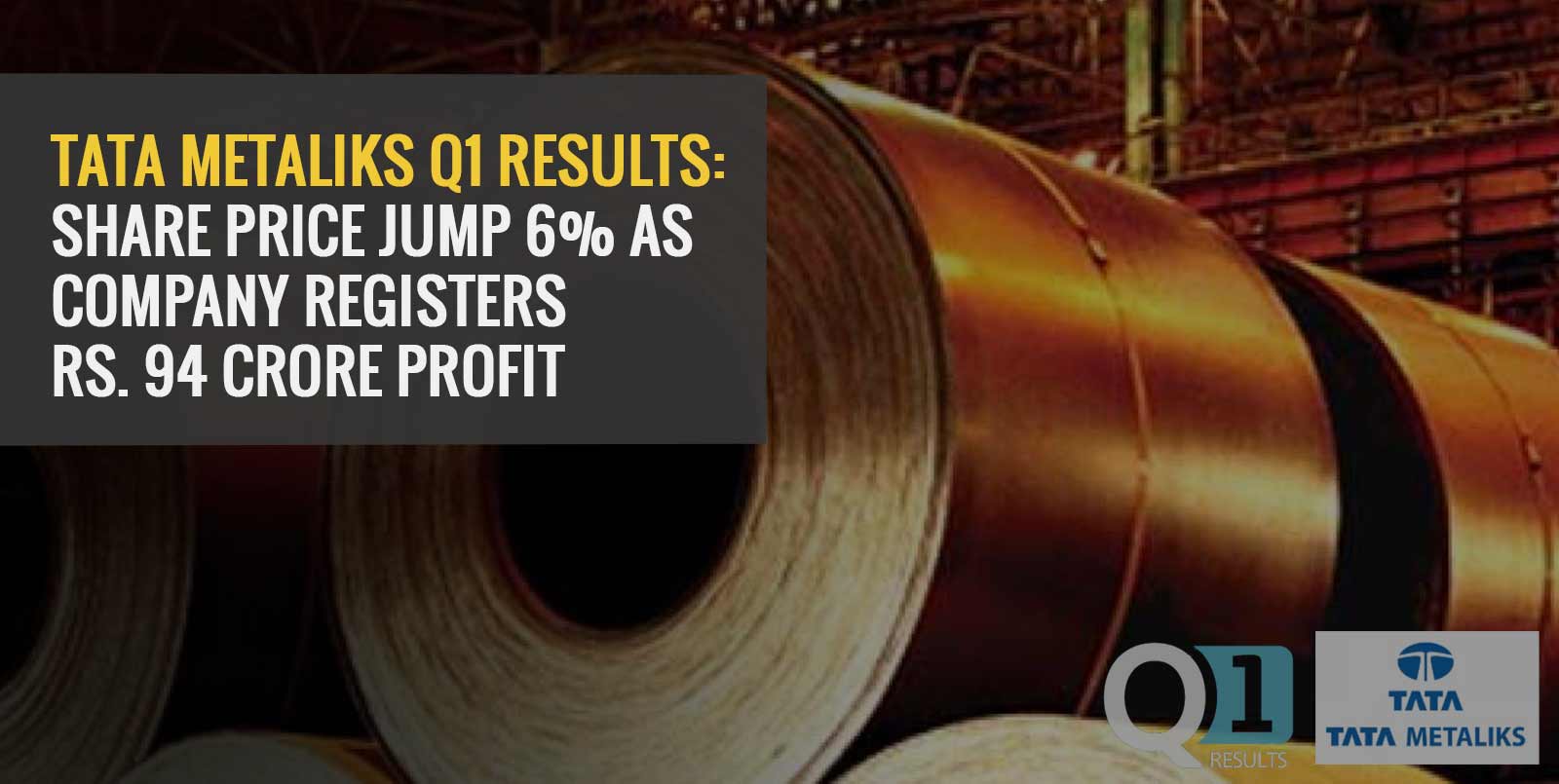 Tata Metaliks reported on Tuesday that it had clocked Rs. 94.72 crores in net profit for the June quarter. It had suffered Rs. 12.36 crores in losses in this period last year.

What led to the strong financial gains?

According to its financial records, Tata Metaliks income in April – June quarter jumped to Rs. 606.45 crores from Rs. 210.99 last year. Expenses in this quarter stood at Rs. 471.62 crores as compared to Rs. 227.46 crores in the same period the previous year.

Moreover, demand for pig iron was also impacted as major foundry clusters had to function at only 30-40% of their actual capacity.

However, the demand for ductile iron pipes remained significant due to the increase in allocation for the country’s water infrastructure in this year’s Union Budget.

On top of that, a spike in exports has helped Tata Metaliks provide the most significant quarterly deliveries.  Besides that, the following factors were responsible for Tata Metaliks best-ever quarterly profits:

Experts feel that although Tata Metaliks stock has given a four-fold return during this period, the best is yet to come. Case in point, the stock had entered a consolidation phase after it touched a record high in early May.

Are you keen on the stock market and the financial world? Then, check out the Angel One blogs to receive interesting news, updates, and useful titbits.