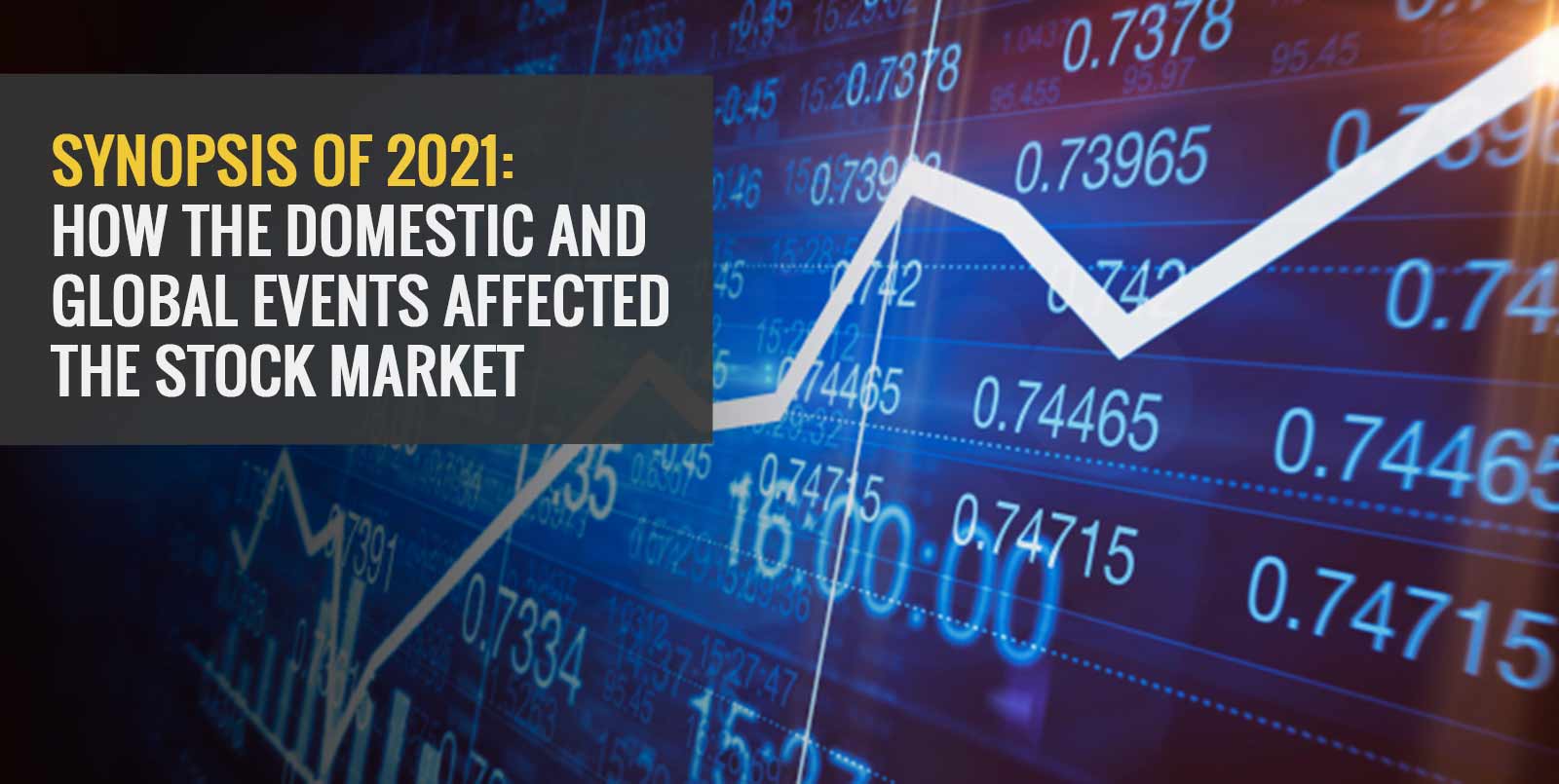 After a rough 2020, the world got worse. It only got worse. In the wake of the COVID-19 scandal, India’s healthcare system was brought to its knees. The country was also hit by the worst riots in its recent history.

Despite the volatility, the Nifty50 is up more than 21 percent so far this year. Although, the index is about 9 pc below its all-time high of 18,604.

Various factors such as easy money policies, increasing retail participation, and the mass vaccination against COVID have led to the market rally.

By reviewing the year that’s passing, we will try to get a 2022 outlook from it. Here is your 2021 review of all the major events that happened during the year.

We saw a lot of Covid-19 related events in 2021. On January 2, 2021, the Central Government approved two vaccines made by Bharat Biotech and AstraZeneca. These vaccines, known as Covaxin and Covishield, were made for emergency use. But later on, the second wave of the disaster-hit in April. It led to thousands of deaths.

During the months of April and May, the Nifty gained about 5 percent. It was a bit of a choppy period for the markets, but it ended up with a strong finish.

In December, farmers ended their protest after 15 months, which was the longest protest by the masses against the farm bills. Despite being called a win for farmers, it came at a price as many farmers and policemen lost their lives in this.

The protests in Karnal and other places in the country saw the unconstitutional arrests of activists and supporters. In October, the incident at Kheri in Haryana led to the deaths of eight people.

Although the stock market did not get affected by various developments in this regard,. But the political and market experts suggested that this could hurt the sentiments of foreign investors.

The plan of monetisation will involve the assets of various ministries and organizations such as Indian Railways, National Highways, Power Transmission, and Warehousing.

In October, the government allowed Tatas to acquire a 100 percent stake in ninety years old Air India for around Rs. 18,000 crores. This marked the end of tough times for the debt-laden airlines company.

In October, a severe shortage of coal led to frequent power cuts across various states. The issue was full of blame games. While the central and state governments ran away from taking responsibility, the common man was left to shoulder the blame.

Due to various factors such as excessive rainfall, the rise in international prices, and the COVID-19 pandemic, the coal shortage hit power generation and caused people to suffer.

The crisis eased in November as coal supplies started to recover after governments pushed miners to boost output. This allowed power plants and industrial consumers to rebuild their stockpiles.

Towards the end of 2021, the central bank started raising interest rates, which would put an abrupt end to the period of easy money. In the UK, the Bank of England also raised its key interest rate by 25 bps to 5.25 percent. Both the US and UK central banks cited the need for more jobs and lower inflation as the reasons for their actions.

Now, the market has been expecting a tightening of liquidity for a while. This is why foreign investors have been exiting emerging markets in 2021.

On December 20, 2021, the market saw a bloodbath. It was triggered by Omicron concerns and the lack of funds in the cash market. In November, the FIIs net sold over Rs 39,900 crore, while as of December 23 they had sold over Rs 32,000 crore.

The year 2021 was full of stock market news. This year, we saw a massive FII selling and domestic buying that emerged. This year, the market saw a record-breaking amount of systematic investment planning (SIP) contribution. On the IPO front, as many as 65 companies in total raised Rs. 1,31,400 crores from the public in 2021.

The market records a lifetime high in October. The Nifty made a high of 18,604.45 points, while the Sensex hit a high of 62,245 points. The country’s biggest IPO was launched this year as Paytm came with Rs. 18.300 crores offer.

In April, the government collected over a million dollars in taxes under the Goods and Services Tax, which is a record for any month. In November, the GST collections went down but still managed to reach the second-highest since the implementation of the tax reform scheme.

As the year draws to a close, India prepares for the Union Budget which will be presented on February 1.