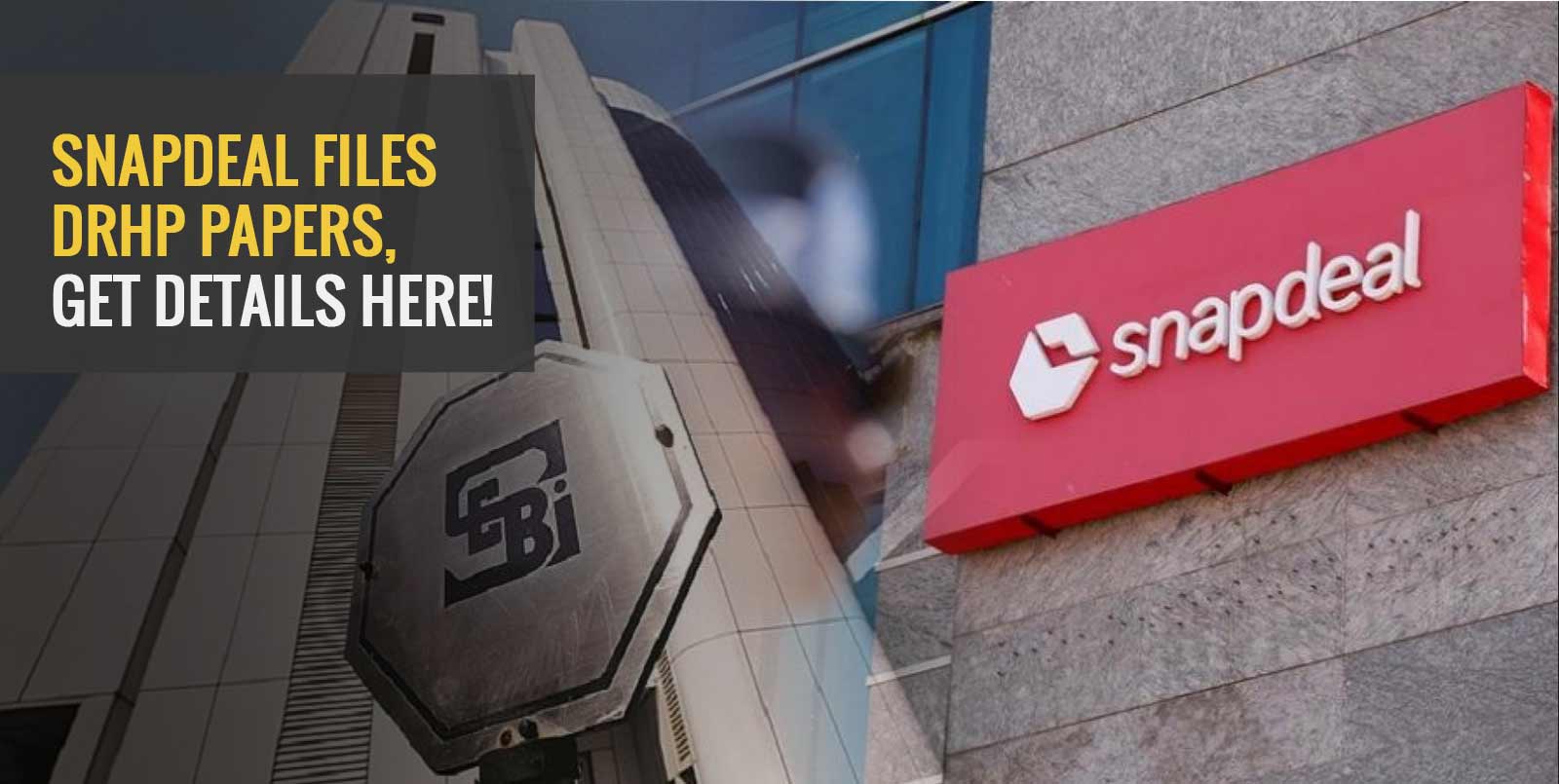 India’s decade-old start-up firm, Snapdeal, has filed the preliminary documents for its IPO or Initial Public Offering. This company is one among many such tech firms keen to make their debut on the bourses with the aim of legitimising as well as raising capital for expansion.

Get more details regarding the same here!

Key Highlights of the Story

Snapdeal was once a competitor to the likes of Amazon.com and Walmart Inc.’s Flipkart. However, the company failed to capture a potential market share and began to fall behind its competitors.

Revenue from operations dove by 44% in March 2021 and has come down to Rs. 4.7 billion. Losses, however, have narrowed considerably to Rs. 1.25 billion. Companies such as eBay Inc. and Sequoia are other backers of this company.

Kunal Bahl and Rohit Bansal founded Snapdeal in 2010. Back in 2017, Snapdeal was advised to merge with Flipkart. However, the two co-founders were not keen to see the deal through.

Snapdeal has focused its business model to rural and semi-rural India which comprises the bulk of India’s population. Snapdeal sells fleece blankets, tummy trimmers and other items at less than $5. Moreover, it also has nine-tenths of the items listed at below Rs. 1000.

Snapdeal’s initial public offering is set to launch early next year. The year 2021 has been a stellar year for IPOs. Several of them set new records, for example, Zomato, Nykaa, and Paytm. Moreover, on Tuesday, MapmyIndia debuted on the bourse to resounding success. Hence, on this optimistic note, it remains to be seen how Snapdeal’s IPO will perform on the bourse and in terms of subscription.

Ans. The book runners for the IPO are:

Ans. Snapdeal’s sales volume grew by 254% in the fashion sector, 93% in the beauty category and 101% in the kitchen category.