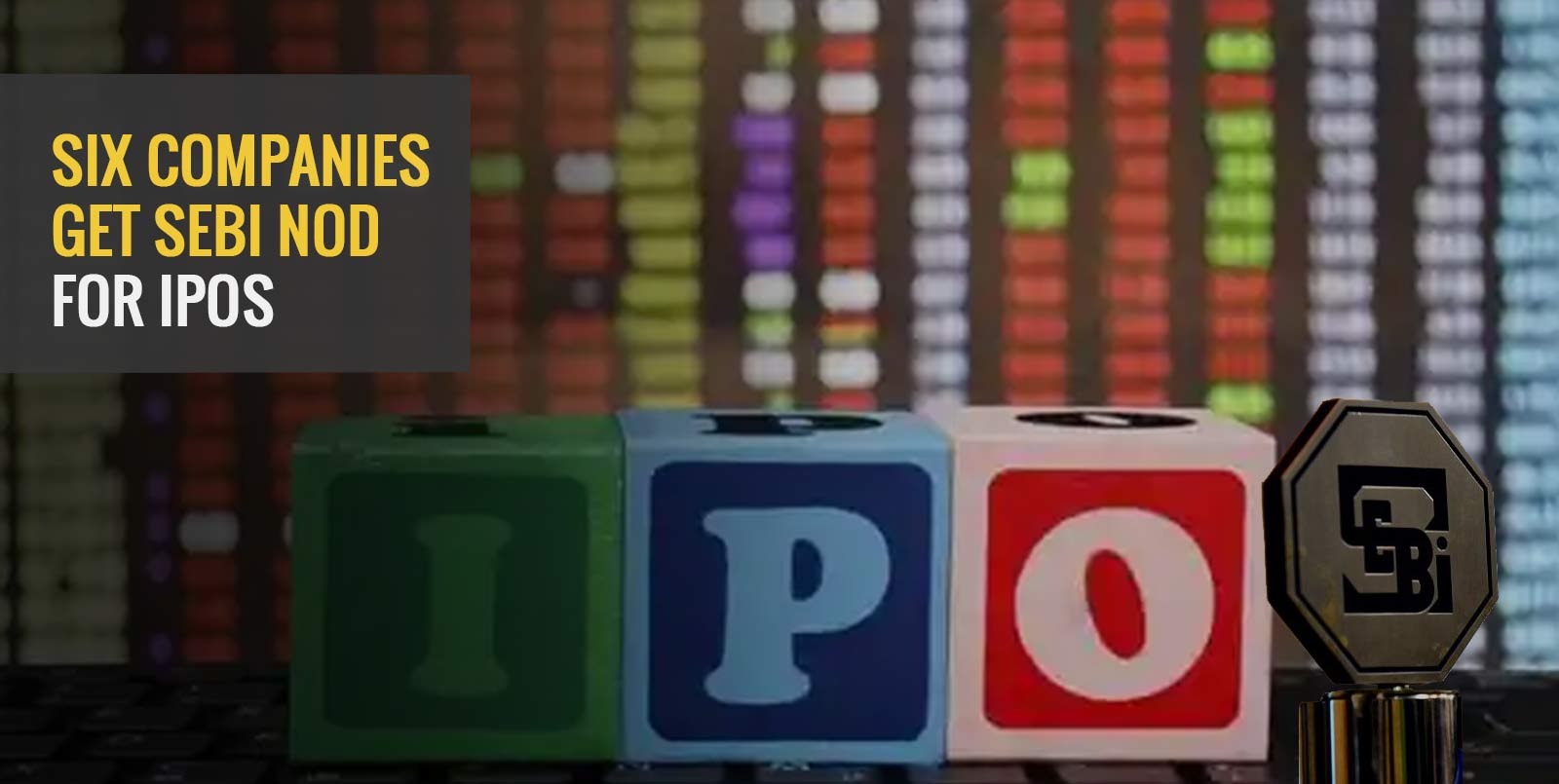 Even as the initial public offering rush continues, six companies have received the go-ahead to their draft red herring prospectuses (DRHP) from market regulator SEBI. This is expected to pave the path for their upcoming IPOs, reports suggest.

The six firms had filed their DRHP between August and September and got their letters of observations from SEBI recently. The issuance of these observations means that the IPOs have received the green signal.

What is a DRHP?

The DRHP or draft red herring prospectus is also known as an offer document and is prepared by merchant bankers for a company planning a public issue. The document contains comprehensive data about a company’s operations, financials, industry and promoters, among others. The market regulator reviews the document to assess if proper disclosures have been made and provide observations to the merchant bankers. The requisite changes are made and the final offer document is filed with SEBI, the stock exchange and the Registrar of Companies. Once this final document is reviewed and any observations are made, the company can go ahead with its IPO.

While RateGain Travel Technologies is a software-as-a-service (SaaS) startup and hospitality and travel related services provider, Tracxn Technologies is a private market intelligence/analytics platform that also works on the SaaS model. Reportedly, anywhere between 65 and 70 per cent of RateGain’s revenue is from the US markets while two per cent comes from India. Similarly, 70 per cent of Tracxn’s revenues reportedly is outside India.

In September 2021, SaaS startup Freshworks became the first Indian SaaS startup to get a listing in the US. A report notes that India’s SaaS space will see revenues grow eight-fold to exceed $42 billion, come 2025.

Other companies with SEBI nod

It may be recalled that the year 2021 saw some big IPOs, including the recent ones of tech and new age startups such as beauty and cosmetics platform Nykaa, online payments platform Paytm and insurance marketplace Policybazaar, apart from the food delivery platform Zomato earlier on. Also, other new-age firms such as CarTrade, Nazara Technologies and EaseMyTrip got listed. The potential SaaS IPOs in the pipeline are akin to the Internet IPOs that have generated a buzz in recent times.

According to a report, in the first nine months of the calendar year 2021, India’s primary market saw companies raising $9.7 billion via the sale of initial shares. This is reportedly the highest mop-up via IPOs for the nine-month period in the last 20 years.

As many as six companies have received the SEBI nod to the draft documents they had filed early on. They include Tracxn Technologies, RateGain Travel Technologies, Prudent Corporate Advisory Services, Fusion Micro Finance, Puranik Builders and MedPlus Health Services which are planning their upcoming IPOs.

What is a DRHP?

The draft red herring prospectus is prepared by merchant bankers for a company with plans to launch an IPO. It is a preliminary document that contains all information pertaining to a business, its sector, financials, promoters and operations, among other details.

Which SaaS company became the first such Indian startup to a US listing?

Freshworks Inc, a SaaS provider, became the first Indian startup to get listed on the Nasdaq.

Which are the two SaaS-based firms to have received the nod to go ahead with their IPOs recently?

RateGain Travel Technologies which is a provider of travel and hospitality services and market intelligence platform Tracxn Technologies operate on the SaaS model.