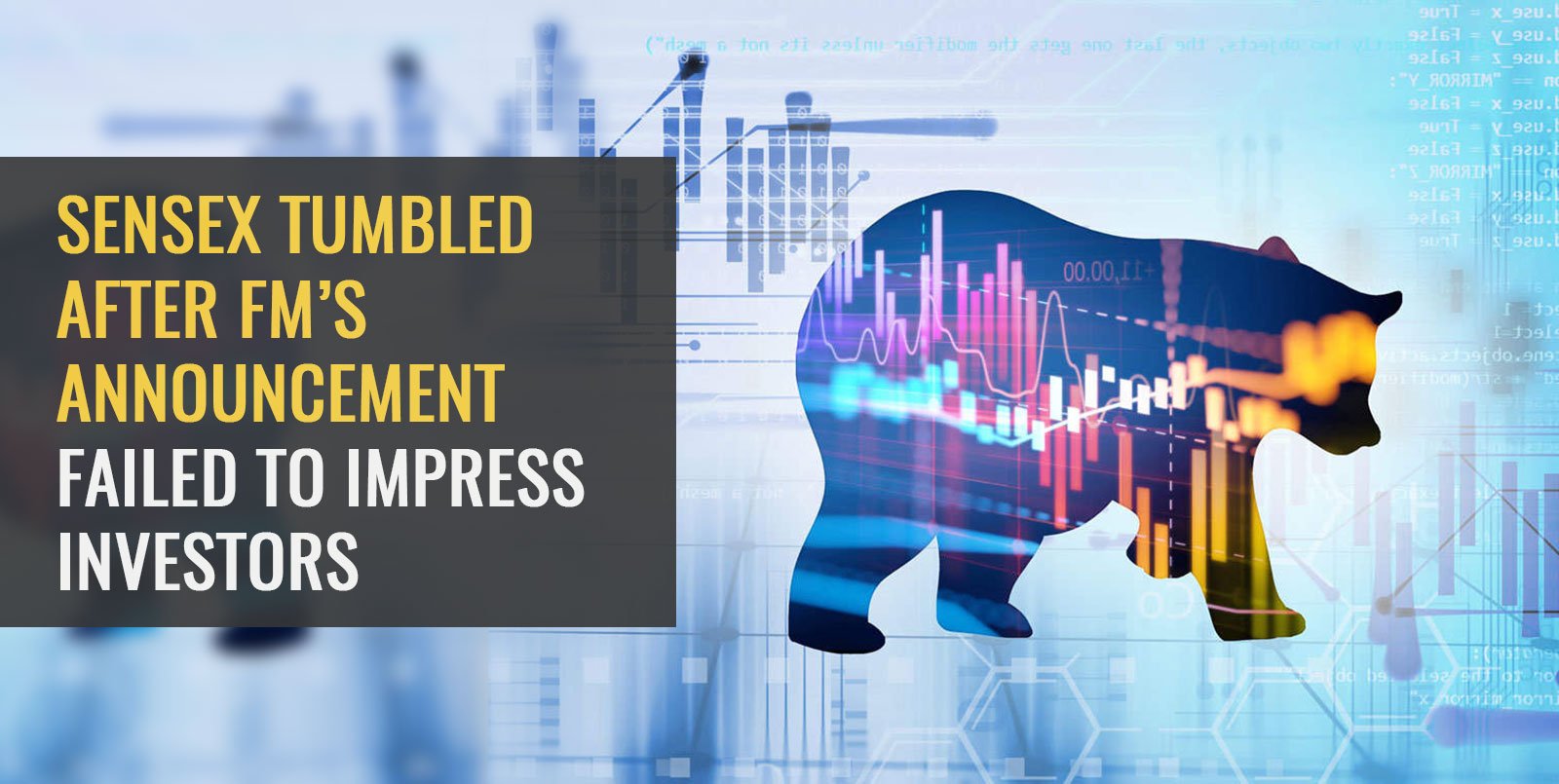 After picking up on Wednesday, the benchmark equity indices on Thursday posted a steep loss. It happened after Finance Minister (FM) Nirmala Sitharaman announced the directives of the first round of 20 lakh crore stimulus package that Prime Minister Narendra Modi announced on May 12th.

Indian economy is under extended lockdown following COVID-19 outbreak from mid-March. It caused investors’ sentiment to dampen, and BSE and NSE both experienced sharp falls as investors withdrew from the market.  The global economic outlook and worsening COVID-19 condition in the nation have further added to the pessimistic attitude of investors.

The finance minister on Wednesday evening announced a total of Rs 6 lakh crore stimulus as 1st tranche of Rs 20 lakh crore package. Analysts said it will work more as a fixture to the supply side and won’t impact the demand-side economy. They added that there would be no immediate effect of it in boosting investors’ confidence.

What did the FM say on Wednesday evening?

After the Prime Minister announced the much-awaited economic revival package; investors pinned their hopes high and the market surged forward on Wednesday. There were initial gains, and the BSE benchmark equity indices rose by 637 points.  But it tumbled again after the Finance Minister announced the details. Let’s take a look at what she said.

However, this has failed to impress the Dalal Street experts. Here is why.

Investors are disappointed that it is only a fragment of the package and not a full-fledged stimulus.

‘The market is disappointed because the immediate spend out of the big fiscal stimulus is relatively small, and there could be doubts on whether economic growth will revive soon and in proportion to a large number of the stimulus.’ Commented Dhiraj Relli, MD & CEO at HDFC Securities.

Although the tranche aimed at reviving the MME and SME sectors with credit-guarantee, experts think it will not impact the economy much. The market was expecting a full-fledged bonanza, but it seems that the government will give it in phases.

Secondly, the FM didn’t clarify what will be the source of the fund. She only hinted that a part of it will come from additional borrowing. It needs mentioning that India is already struggling with rising sovereign debt-to-GDP ratio. And, investors suspect it might further worsen India’s rating and attract potential action from the credit rating agencies.

Overall, it drew a mixed reaction from the market. Analysts will now wait for the 2nd round of the stimulus package to make any further predictions. According to experts, there is a need for more clarity and a much bigger package announcement to revive the economy in short-term.