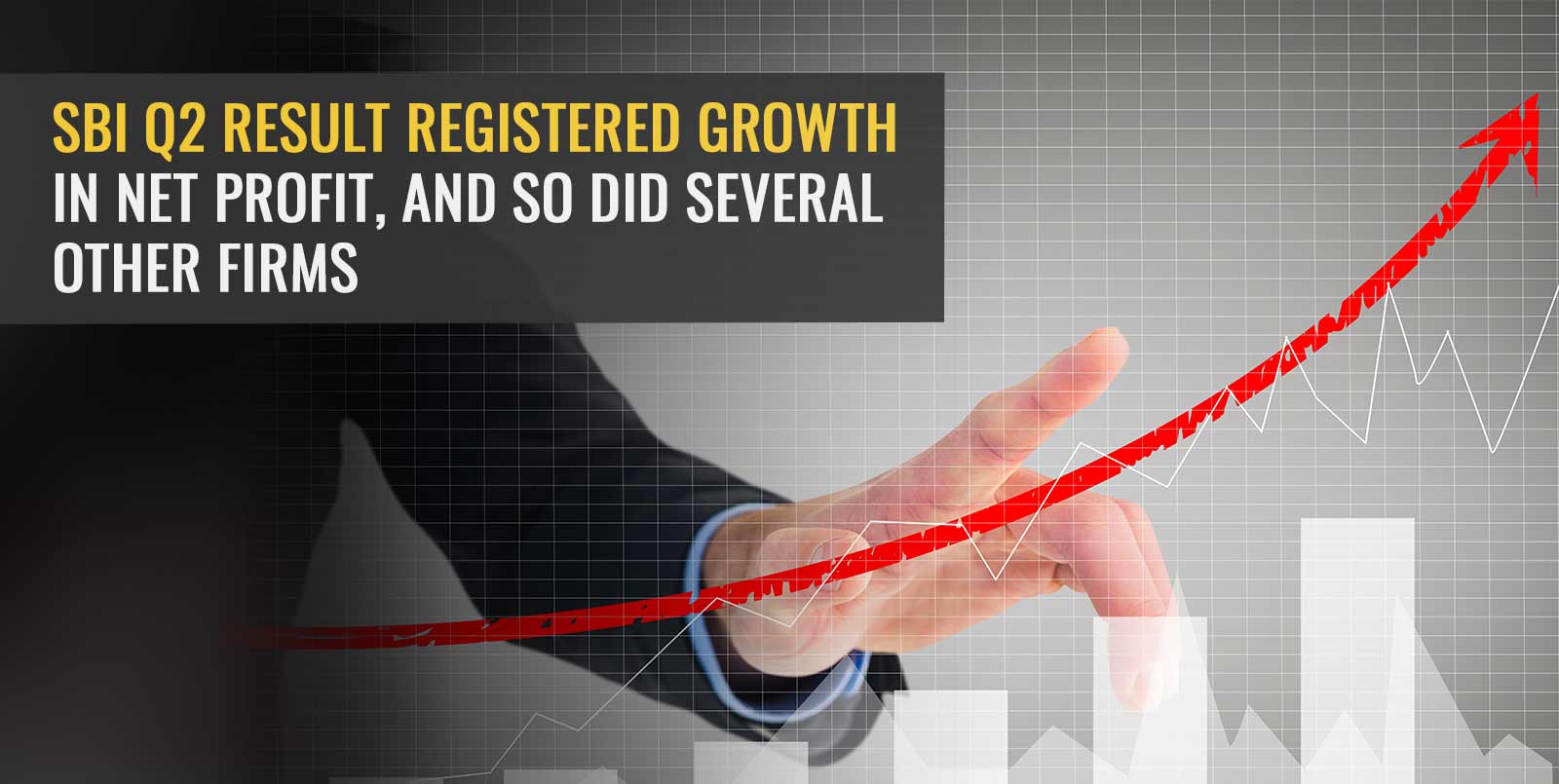 The largest lender, SBI, has released its quarter2 performance report. It is creating quite a wave in the market since the banking sector is one of the worst-hit segments amid COVID-19 outbreak.  SBI Q2 results show 52 percent hike in net profit. Although the profit margin was less from quarter one that ended in June, it was able to beat street estimates.

The quarter two of the current fiscal was significant for various reasons.  The prolonged lockdown due to COVID-19 outbreak has made a serious impact on the economy. Sluggish loan recovery has dented the profit margin of several banks and increased NPA volume. Amid this condition, SBI Q2 results might act as a stimulus for the market. After SBI Q2 results were announced, stocks rallied in the market for the two consecutive days.

Let’s now look at what other companies have managed to sail through the tough time successfully and registered a profit.

Around 35 companies from the NIFTY index have reported their quarterly performance sheet of September. Basis of the report, several companies, across sectors, and barring the worst-hit aviation, travel, or cinemas, have managed to grow during this period. Many have even maintained their pre-COVID-19 profit level.

Let’s look at them.

Indian Oil reported a quarterly profit of Rs 6,025 crores, despite a slide in their net sales by 13 percent. The gain was mainly due to a growth in net inventory.

Despite grim predictions at the onset of the lockdown, the banking sector has performed well under pressure. Apart from SBI, other banks like RBL Bank, Bank of Baroda, UCO Bank, Axis, IDBI First, and IDBI Bank also reported more than 100 percent growth in their Q2 report. ICICI Bank, however, has fallen short of the market, though market analysts think that the firm can bounce back and propel the growth in the coming days.

This is not all. An array of several other companies from different sectors have also registered triple-digit profit growth in their second-quarter result.   Among those are, SBI Life, UltraTech Cement, L&T, Jindal Stainless, ICICI Securities, Wockhardt, Escort, IIFL Finance, and Orient Cement.

For several of these companies, brokerage houses have reversed their predictions, changing the target price.

The market has seen a lot of action during September, which has been a busy month with several companies launching IPO offers.