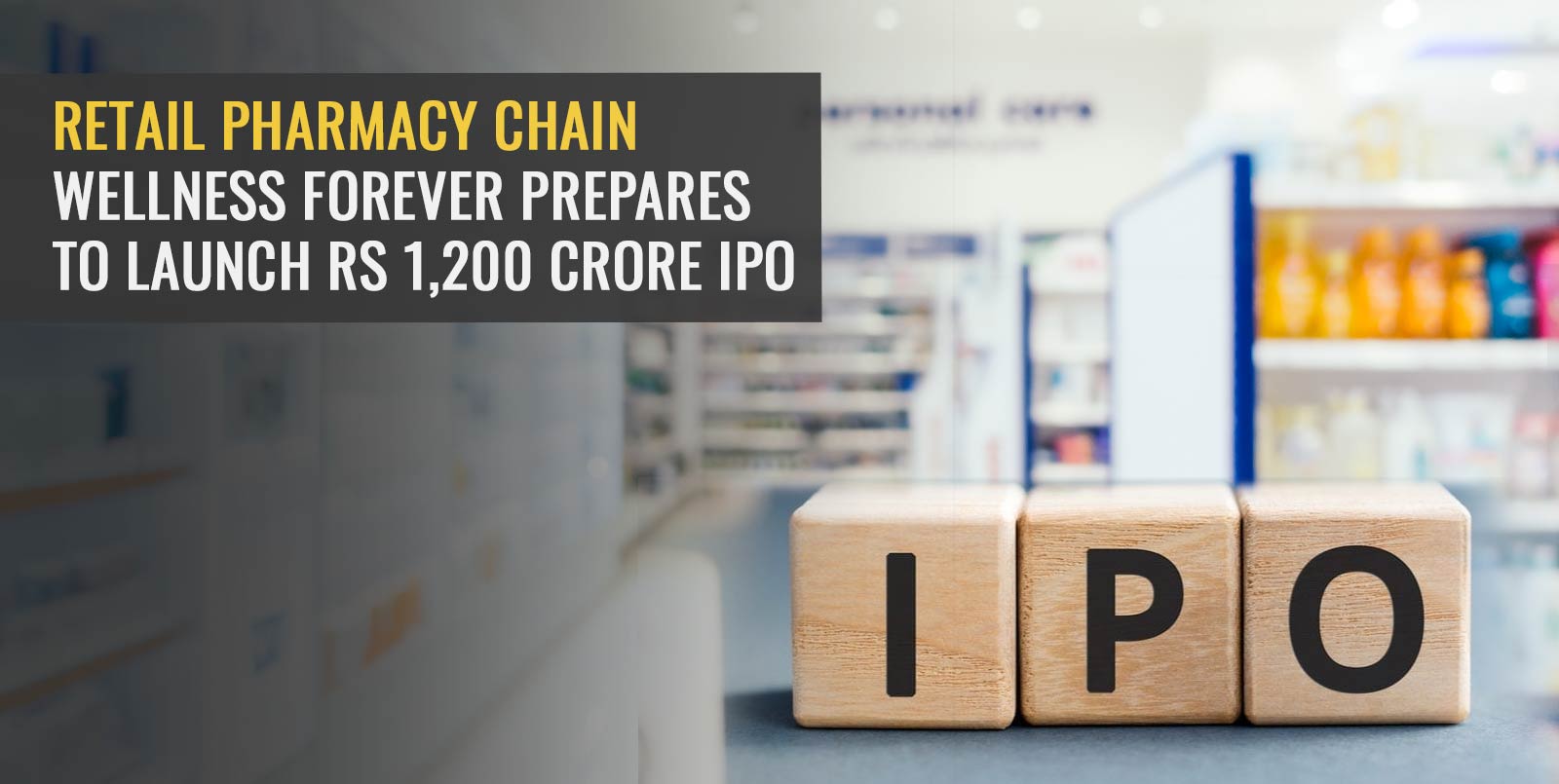 Omnichannel retail pharmacy chain Wellness Forever will float an IPO to raise approximately Rs 1,000 -1,200 crores from the market. The company has already appointed investment bankers and advisors to manage the offer on their behalf. When listed in NSE and BSE, the company will become the first pharmacy chain to list on the Indian stock exchange.

The maiden offer will launch during the current calendar year, and the company has already initiated the process to design the draft red herring prospectus to get SEBI’s approval.

SEBI’s approval is mandatory for any company to launch an initial public offering in the Indian market.

They plan to raise around Rs 160 million, which will have a mix of primary and secondary share sales, including portions of HNI investors. The business plans to use the capital from the proceeds to fund expansion and add around a hundred new stores in the coming two years to several other cities.

About The Omnichannel Retail Chain

Founded in 2008, Wellness Forever is a retail pharmacy chain promoted by Ashraf Biran, Gulshan Bakhtiani, and Mohan Chavan. They have over 200+ stores across Mumbai, Pune, Kolhapur and Satara in Maharashtra and Goa and Karnataka.

For Wellness Forever, the funding source was the backing from several prominent HNI investors, like Amit Patni, Rajiv Dadlani and the Thakral family, and Adar Poonawalla. The Serum Institute scion pumped in Rs 130 crores in November.

In the last twelve years, Wellness Forever has touched the lives of millions of Indians, serving them with quality healthcare products. They also have a comprehensive website and an easy-to-use app to cater to its extensive client base.

As a prominent market player, Wellness Forever can boast solid brand recognition and a well-structured supply-distribution channel to support its operation model. It had seen steady growth in revenue from FY16 to FY 20, and it grew from Rs 330.21 crores to 870.79 crores during the period. The company’s profit was recorded at Rs 11 crore in FY 21, over Rs 8 crore in the previous year.

Details Of The Offer At A Glance

The Indian IPO market has seen a flurry of new launches resulting from the high liquidity state of the market. In the coming days, we will witness more IPOs hitting the cash market to test the depth of investors’ interest, which experts believe will remain strong.