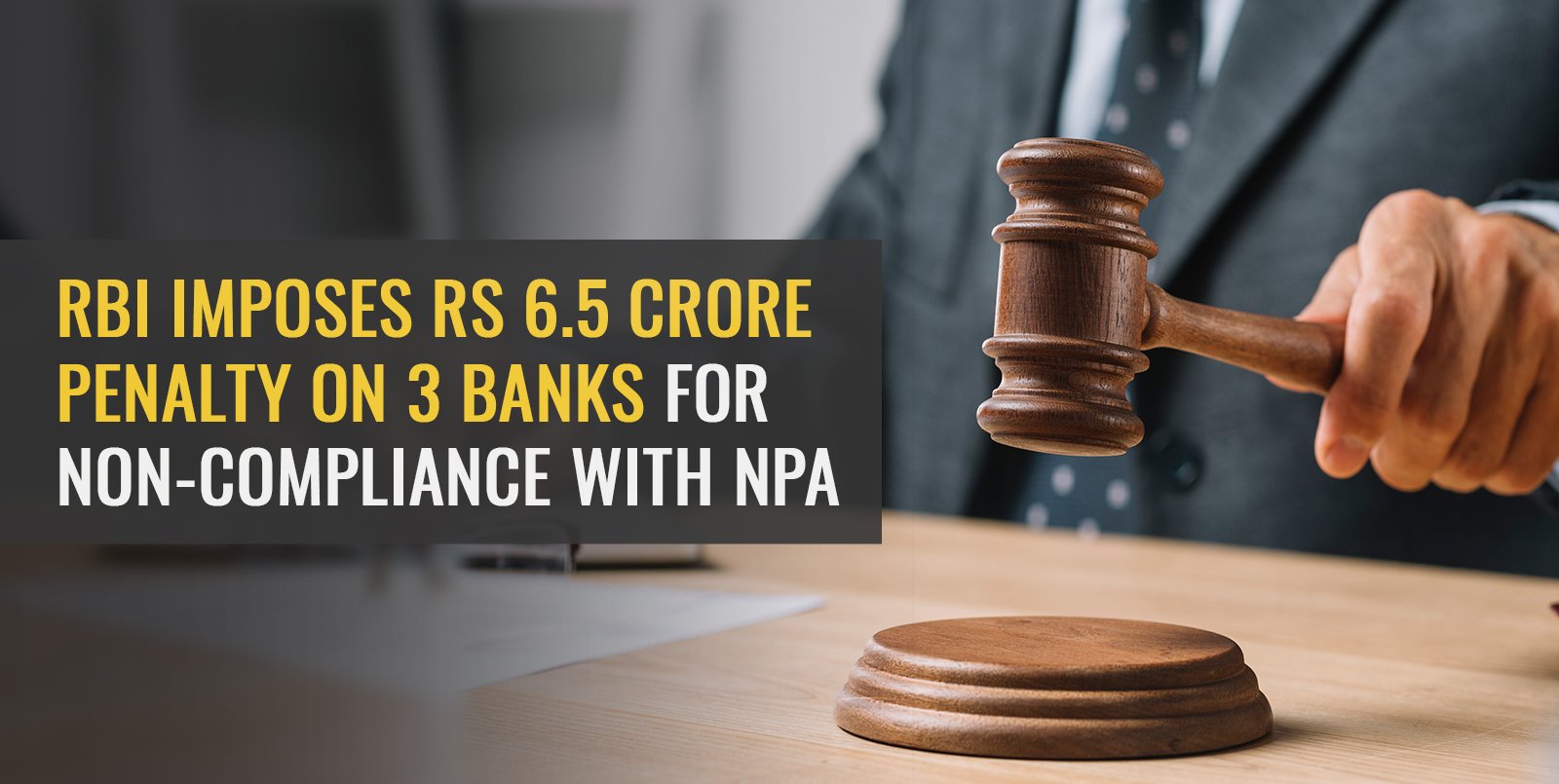 RBI, on Thursday, announced that it had imposed 6.5 crore penalty on 3 banks. The central bank commented that the three banks have failed to comply with its regulatory compliance norms on various accounts. The three banks, Bank of India (BOI), Karnataka Bank, and Saraswat Co-operative Bank were fined for failing to comply with NPA norms.

Bank of India is fined for Rs 5 crore. And, Karnataka Bank and Saraswat Co-operative Bank are penalised for Rs 1.20 crore and Rs 30 lakh respectively.

RBI’s action is a repercussion after BOI and the other two banks failed to satisfy the central bank on NPA related provisions. Bank of India was unable to comply with asset classification, current account opening, divergence, and fraud reporting, and therefore fined. The other two banks are also fined under different sections of non-compliance regarding NPA. Saraswat Co-operative Bank is fined under Income Recognition and Asset Classification (IRAC) norms.

RBI, as the central bank of India, act as the regulatory authority of all banks. To make the banking system transparent and efficient, RBI has enacted several norms for the banks to follow. This is not the first time penalty is imposed by RBI on banks. Earlier also, RBI had fined different banks on several grounds of non-compliance.

Anomalies regarding NPA reporting came in light after a physical inspection conducted on financial reports for the year 2017-18. RBI has issued notice to all the three banks and suggested that it will take further action after receiving replies from them. After the news came to light, shares of both Bank of India and Karnataka Banks suffered a loss in the market.

The Indian banking sector has recently witnessed several ups and downs, which has severely impacted its performance as a sector. A growing number of fraudulent activities and rising NPA are serious causes of concern that might slow down the overall financial recovery process. In such a scenario, RBI needs to be more proactive in imposing and inspecting regulatory norms to maintain transparency.