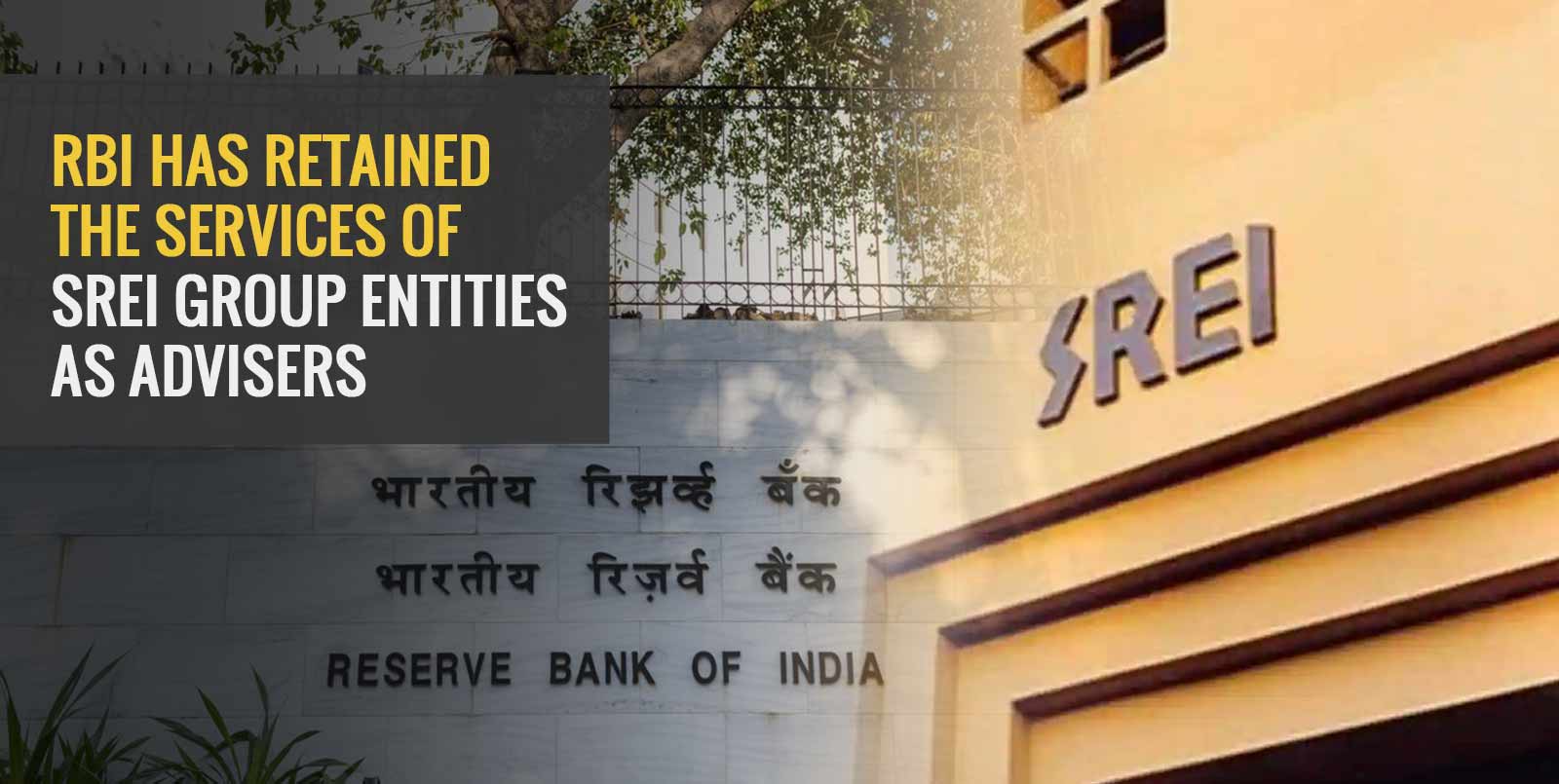 “It may be remarked that, in the exercise of the powers conferred under Section 45-IE (5) (a) of the Reserve Bank of India Act, 1934, the Reserve Bank had, on October 4, 2021, comprised a three-member Advisory Committee to assist Rajneesh Sharma, Administrator of Srei Infrastructure Finance Limited (SIFL) and Srei Equipment Finance Limited (SEFL),” read the official statement from the Central Bank.

The Reserve Bank has decided that the above-mentioned three-member Committee will continue to serve as the Advisory Committee constituted under Rule 5 (c) of the Insolvency and Bankruptcy Rules, as a result of the Kolkata Bench of the National Company Law Tribunal admitting petitions for insolvency resolution process in respect of SIFL and SEFL via orders dated October 8, 2021.

During the corporate insolvency resolution process, the Advisory Committee will advise the Administrator on the activities of the SIFL and SEFL.

Srei Infra and Srei Equipment, two Srei group NBFCs with comparable concerns to Dewan Housing Finance Corporation Ltd or DHFL, are following the same road. Piramal Group formally acquired the bankrupt DHFL a few days ago, and just as it was closing down, another shadow bank, Srei Group, has emerged to the fore.

As of September 30, 2021, the aggregate borrowing of the two NBFCs is estimated to be over Rs. 30,000 crore. This loan book contains not just loans from commercial banks such as UCO Bank and Axis Bank, as well as loans from domestic organisations such as NABARD, IFC, and SIDBI, but also a significant amount of public money in the form of NCD borrowings.

Many government-run businesses have invested in the two NBFCs’ debentures. Following RBI’s decision to supersede the boards of the two Srei NBFCs, Adisri Commercial Private Ltd, the promoters of the Srei Group, filed a writ suit against the apex bank, appealing the ruling and seeking a stay on the bankruptcy proceedings against Srei Infra and Srei Equipment.

However, on October 7, 2021, the Bombay High Court dismissed its appeal. The RBI has now filed an insolvency petition with the NCLT against the two Srei Group NBFCs, requesting a DHFL-style resolution.

With the complications of related-party transactions and the amount of public money involved in the form of provident funds, the Srei group’s insolvency will not be as straightforward as DHFL’s took two years to complete.

Q1. What is an NBFC and what does it do?

Non-Banking Financial Company, or NBFC, is a firm that operates under the Indian Companies Act and provides loans and advances to the general public. An NBFC can buy shares, stocks, bonds, debentures, and securities from the government and local governments, as well as any other marketable security.

Q2. Why are non-banking financial companies (NBFCs) vital to the economy?

NBFCs provide a significant contribution to the economy by lending money to infrastructure projects, which are critical in a developing country like India. They also offer small-ticket loans for low-cost housing projects. All of this contributes to the country’s inclusive growth.