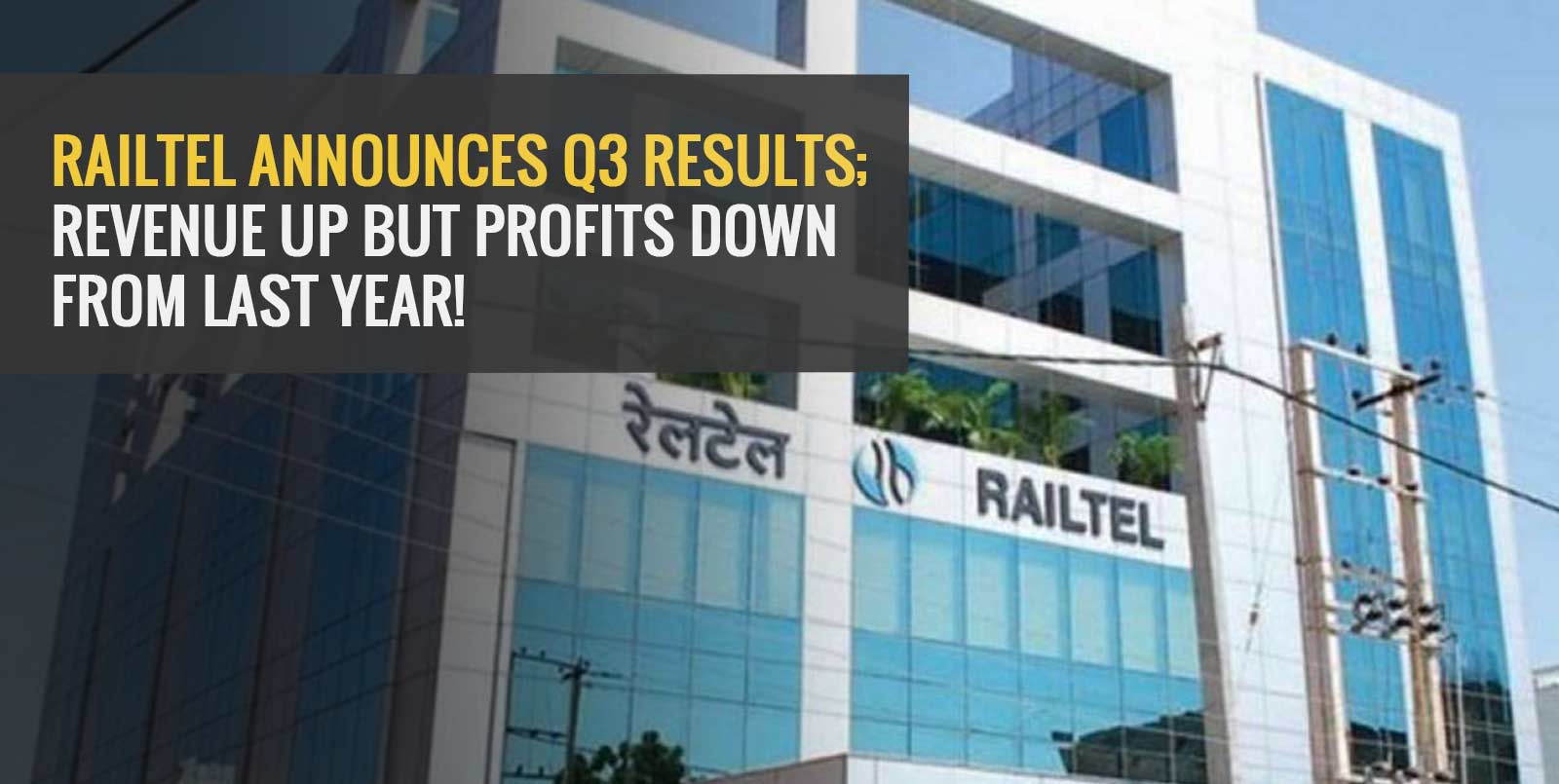 Shares of RailTel Corporation jumped 2% in early trade on Wednesday as investors felt encouraged by the financial results. On 17 February, they were trading at Rs. 105.45 on the NSE, down 1.03% as of 11:56 AM.

Now, let us take a deeper dive into the particulars of this company and its financials.

About the PSU – RailTel Corporation of India

Incorporate in the year 2000, RailTel Corporation is a Category-I (Mini Ratna) PSU, wholly owned by the Indian Government under the administration of the Ministry of Railways. It is a provider of Information and Communication Technology (ICT) services with one of the largest telecom networks in India.

RailTel Corporation has a pan-India OFC (optical fibre cable) covering numerous cities, towns and rural areas. This is because it has exclusive Right of Way (ROW) along the tracks of Indian Railways. Currently, the OFC network covers a distance of more than 60,000 kilometres and over 6097 railway stations.

The company was set up for modernising the telecom system for train operation, control and safety as well as for creating a nationwide broadband network. Today, it is responsible for a wide variety of services across industries, including telecom infrastructure, telecom network, managed data and system integration services.

RailTel is currently working on several important projects such as:

For the last 9 months in FY 22, RailTel Corporation generated total revenue of Rs. 1,140 crores, an increase of 17.28%. Its PAT has increased by 34.78% and EBIDTA by 17.82% in the first nine months of the current fiscal from the previous one. This is according to a direct quote from RailTel’s Chairman and Managing Director in the quarterly report.

Take a look at the following table to check RailTel Corporation’s quarterly results for FY 21-22.

Note: All values are in Rs. crores

RailTel Corporation of India has achieved its goal of integrating all 695 hospitals and other medical facilities with Aayushman Bharat Digital Mission (ABDM) in February 2022. The PSU had successfully integrated all medical centres by combining the Hospital Management Information System (HMIS) with ABDM.

In November 2021, RailTel received an Rs. 22.39 crores order from the Centre of Railway Information. This was to set up 3-Way DR for FOIS (Freight Operations Information System), a management system for Indian Railways’ freight business. The following are some recent orders received by this company:

RailTel Corporation of India is among the largest Indian telecom providers with a PAN-India presence. It is also a key strategic partner of Indian Railways and has completed several key projects of national importance. The company has been profitable since FY 2007 and recorded financial growth even during the Covid-19 pandemic. Hence, one can expect its momentum to continue into 2022.

Yes, RailTel Corporation has continued to be profitable since FY 2007. Since 2008, it has paid dividends every year to shareholders and funded its operations entirely internally since 2013.

Yes, RailTel Corporation opened an Initial Public Offering worth Rs. 819.24 crores on 16 February 2021. It was a pure OFS (offer for sale) of 8.71 crores equity shares by the company’s only stakeholder, the Government of India.

As per its last annual report, RailTel Corporation of India recorded its highest ever consolidated revenue of Rs. 1,411.29 crores in FY 21. It generated net profits of Rs. 142.45 crores, up from Rs. 141.07 crores in the previous year despite the worst effects of the Covid-19 pandemic.

RailTel Corporation has a healthy order book of Rs. 5,400 crores which would translate to profits as it completes various projects. The company is currently focusing on digitisation which would boost its B2B and B2C business. Moreover, it is expanding its network and infrastructure to increase its client base.