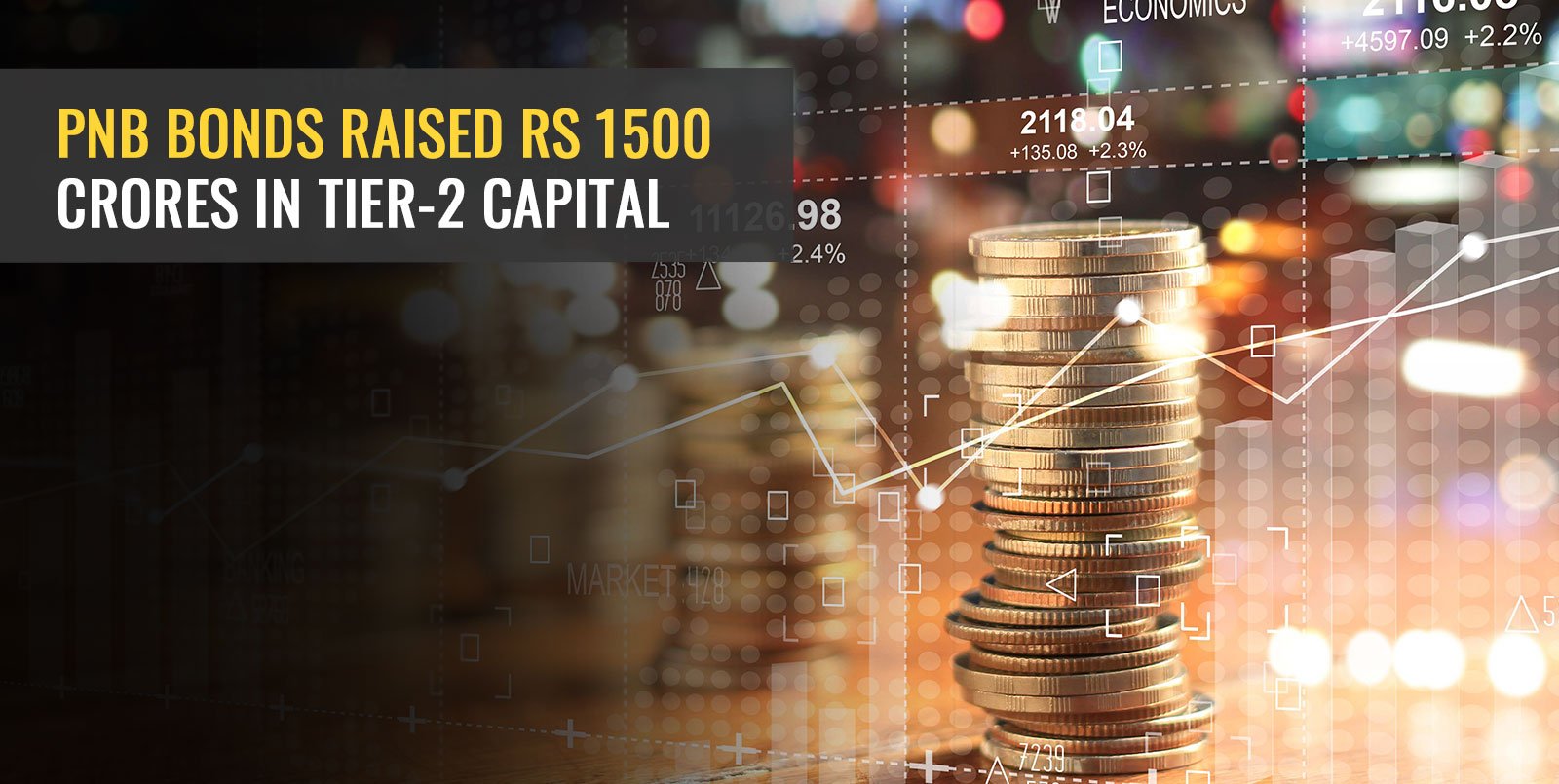 The second-largest public sector lender, Punjab National Bank (PNB) has issued bonds to raise tier-2 capital from the market. It has plans to raise Rs 14000 crores from the market, of which they have issued Rs 1500 crores worth of bonds in the initial phase. By November the bank will issue another tranche of Rs 1500 crores in tier-2 bonds and Rs 3000 crores of AT1 bonds as part of its aggressive fundraising campaign.

Bank’s chief executive, SS Mallikarjuna Rao said to the news sources that issuing PNB bonds is part of their capital raising plan before the bank hits the market with Rs 7000 crores of a share sale. Earlier in July, PNB mopped up Rs 1000 crores in tier-2 bonds.

As economic forecasting is looking dire, lenders are in a frenzy to raise funds.

Amid prolonged COVID-19 lockdown, lenders are facing challenges of deteriorating asset quality and rising NPA. The RBI has already warned the banks and NBFCs regarding tepid loan recovery and defaults in the coming months and urged banks to bolster capital buffer to battle the emerging crisis. Before PNB, other banks such as Kotak, SBI, Axis, BOB, Yes Bank, and more have already hauled capital from the market.

Global pandemic condition and the following lockdown have taken a severe toll on the Indian economy, causing GDP to slip and economic contraction. As a result of that, the banking sector is staring at mounting losses resulting from inadequate loan recovery, moratorium, and rising bad asset ratio. Banks have plans to raise Rs 80,000 crores from the market in 2020, making it the largest fundraising drive by banks in a year.

Rao said that his bank is comfortably placed for the time. The capital adequacy ratio (CAR) is over the minimum requirement threshold. But it is preparing to tide over the difficult time and has done the groundwork for share selling to QIPs. PNB tier 2 bonds will add more muscles to its capital requirement.

PNB’s CAR fell to 12.63 percent in June from its three month’s prior value of 14.14 percent following the merger of Oriental Bank of India and United Bank of India.  Rao said they are targeting to lift capital adequacy ratio to 13 percent to have a comfortable cushion to deal with any outside risk.

PNB bonds, issued at 7.25 percent coupon, got oversubscribed over its target value of Rs 1500 crores. The offer had provision for oversubscription up to Rs 1000 crores over the initial issue of Rs 500 crores.

PNB’s gross NPA stood at 14.1 percent at the end of June while the net ratio was at 5.4 percent. Market experts are expecting the NPA to rise across the banking sector in the coming months. It might have prompted PNB tier-2 bonds sale.