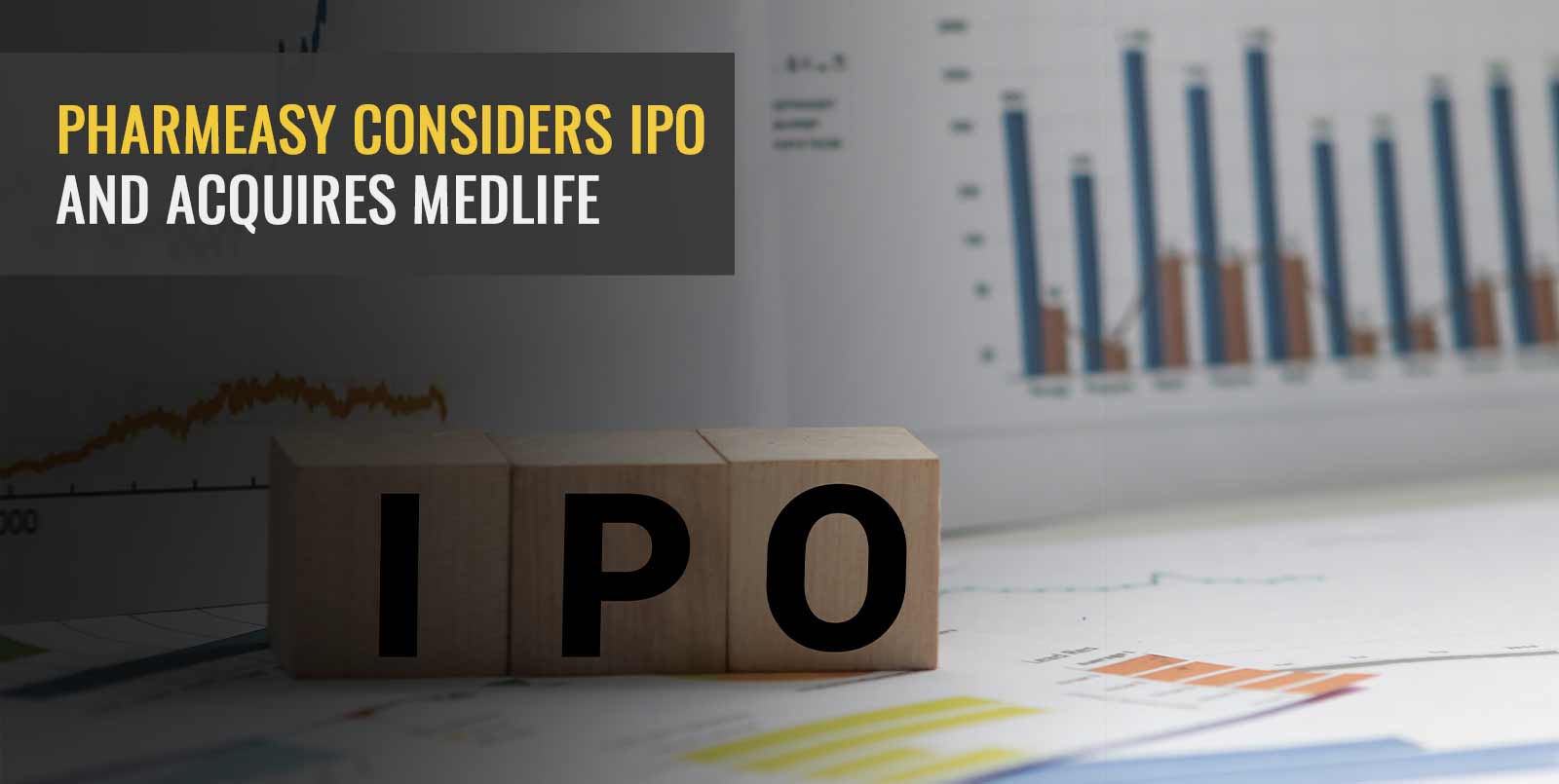 Functioning within the country’s fast-paced and ever-growing online pharmaceutical sector, Pharmeasy’s parent company API Holdings has begun to consider the possibility of going public by way of issuing an initial public offering (or IPO). Aimed at raising INR 3,000 to INR 3700 Crores, this IPO would witness the company’s valuation to amount to approximately INR 21,800 Crores or $3 Billion.

This IPO is expected to launch towards the end of 2021 if not in the first half of 2022. As of last week, close to 12 investment banks sought to acquire the IPO mandate of this company.

When examining the stakes held in API Holdings, it is important to note that Prosus Ventures, Temasek, TPG Growth, CDPQ, Eight Roads, LGT Lightrock and Think Investments account for 80 percent of the same with the first three investment companies accounting for a stake of 30 percent. Previously known as Naspers Ventures, Prosus Ventures along with TPG Growth took on minority stakes provided by the Maharashtra-based online pharmaceutical company. Spokespersons for these stakeholders have declined to comment thus far.

Pharmeasy made clear its new acquisition – Medlife as of May 18, 2021, which constituted the biggest consolidation deal to have taken place within this sector. Customers and retail partners belonging to Medlife would now fall under Pharmeasy. This acquisition plan has been in the works for a while now as Pharmeasy had previously submitted a proposal to the Competition Commission of India in order to purchase Medlife in its entirety as of August 2020.

Once this deal was finalized, shareholders owning Medlife stock received a 19.59 percent stake amounting to a value of approximately USD 240 Million in API Holdings.

In April this year API Holdings was able to raise approximately USD 350 Million during its Series E round that was led by aforementioned Prosus Ventures in addition to TPG Growth which valued Pharmeasy at USD 1.5 Billion. This valuation has resulted in it acquiring the title of being the country’s first online pharmaceutical company to reach unicorn status. This term is used to denote startups that acquire a valuation of USD 1 billion or further.

Founders of Alkem Laboratories Limited who held the most shares in Medlife (Prabhat Narain Singh) now occupy a seat within the board of API Holdings.

Expansion Goals – Pharmeasy was founded in 2015 by Dhaval Shah and Dharmil Sheth and presently has 80,000 pharmacies under its wing. It hopes to expand this to 1.2 Lakh pharmacies spread across 100 cities within the country by the end of the year.

Capital Facts – Business-to-business pharmaceutical operations led by Pharmeasy have reached gross merchandise values (or GMVs) amounting to approximately INR 600 Crores on a monthly basis. Additionally, its online pharmacy generates an amount of INR 240 Crores for its retailers via its online platform.

Growth during Corona – Operating within the e-commerce sector, online pharmaceuticals are one of the few companies that have witnessed expansion and growth during the Coronavirus pandemic.

Performance in the past month – As per data listed on Unicommerce, shipment volumes pertaining to the pharmaceutical industry witnessed a rise by 18 percent in April in comparison to March 2021. That being said, overarching e-commerce shipments witnessed a decline of 11 percent during the same time frame. This makes sense keeping in mind the 2nd wave of the Coronavirus that swept up the country during this time.

Rising Popularity of Pharmaceutical Products – Pharmaceutical products bought online have witnessed a surge, doubling orders made in the past year with the number of users tripling as per research conducted by RedSeer Consulting.

Further Expansion Expected – As per a report issued by EY in 2020, the online pharmaceutical market is expected to balloon from a current valuation of USD 360 Million to USD 2.7 Billion in the next two years.

As of last week, an IPO was issued by Medplus, which also operates within the pharmaceutical sector, and which amounted to INR 2,000 Crores with the company being valued at INR 7,200 Crores.

Healthcare and pharmaceutical companies are set to grow exponentially in the coming years. Be on the lookout for Pharmeasy’s IPO which is expected to launch over the next year.