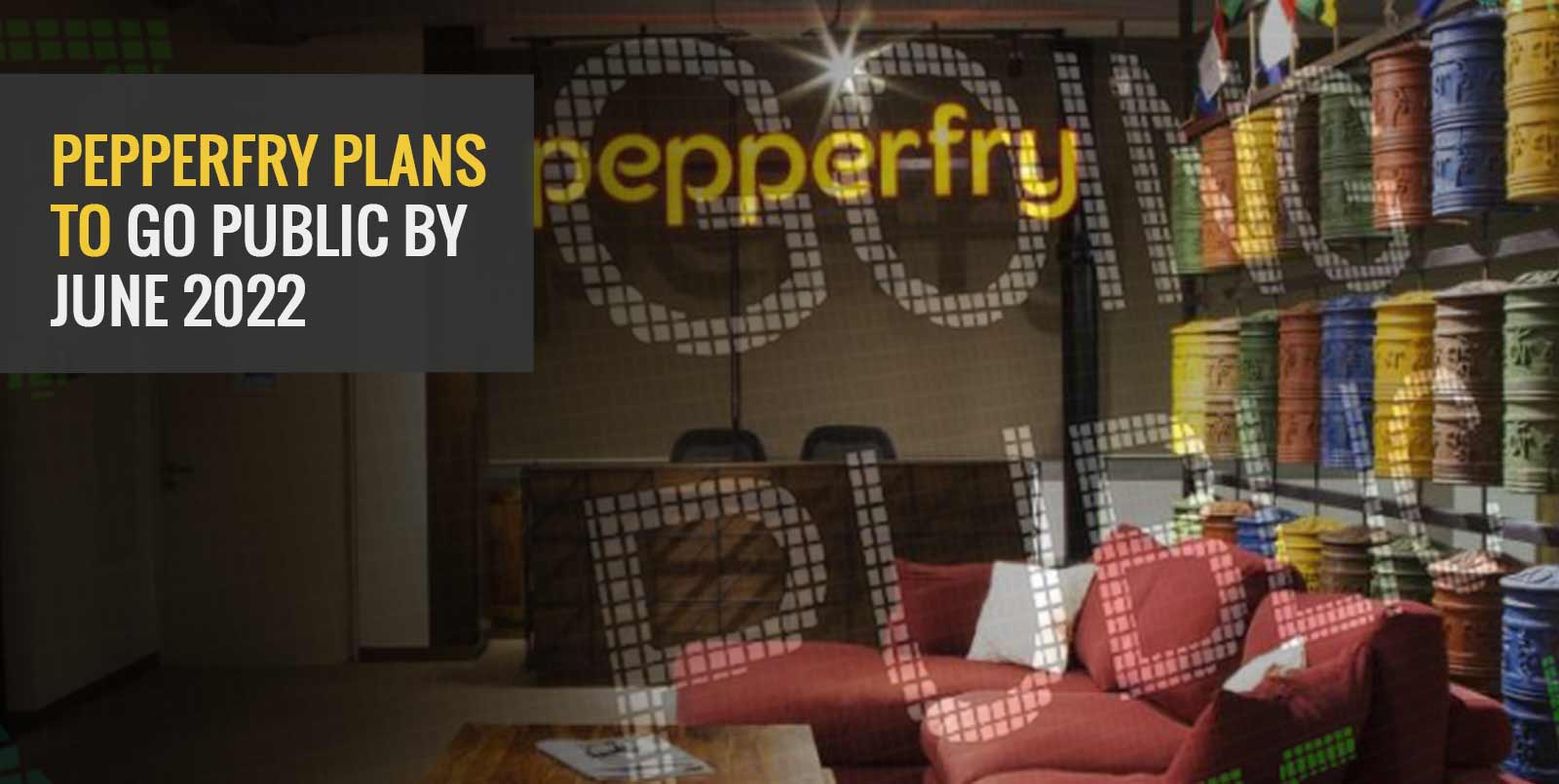 Pepperfry, India’s leading home and lifestyle platform, plans to file for its IPO by the second quarter of 2022. As per sources, the popular online furniture marketplace is keen on completing its pre-IPO fundraising by the end of 2021.

Alongside its initial public offer plans, Pepperfry is also increasing its network of stores across both metropolitan and smaller cities.

Ashish Shah and Ambareesh Murty founded Pepperfry back in 2011. With its headquarters in Mumbai, Pepperfry has gradually set up its studio stores, warehouses and offices in several cities across the country.

They launched Pepperfry.com in 2012 with the goal to provide people with a more convenient method to buy furniture. Without strong competitors back then, this idea of shopping for furniture online appealed a lot to the masses.

Pepperfry has grown manifolds since then and has been increasing its offerings. The product categories include home decor, housekeeping, furniture, lamps and lighting, kitchen, furnishings, dining, hardware and electrical.

In addition, Pepperfry now provides furniture for rent in the top metro cities of the country.

More on the IPO

With a strong online as well as offline presence, Pepperfry is planning to raise a fund between $50 million and $100 million ahead of its initial public offer.

Ashish Shah, co-founder and chief operating officer of Pepperfry, stated in an interview that the company is not short on money at present. However, the company wishes to raise more money to rope in several investors before hitting the initial public offer.

Ashish Shah further added that the company was close to profitability in August 2020 until the second wave of the pandemic. Since the company has already realised that it can turn profitable at will, it is currently focusing on high growth.

Pepperfry has focused on turning profitable by minimising costs and reducing losses since 2018. The company also posted an increase of 27.31% in revenue from operations. The total revenue grew to Rs. 260.61 crores as opposed to Rs. 206.78 crores in the previous year. In addition, Pepperfry has cut down on losses by around 33% in the period of 2019-20 to Rs. 122.31 crores.

Moreover, InnoVen Capital recently invested Rs. 35 crores in Pepperfry. With a profitable track record of six to nine months, Pepperfry’s IPO seems quite promising. Nonetheless, interested investors should go through the company financials before subscribing to the initial public offer.

For more updates on Pepperfry IPO, make sure to follow Angel One blogs.

The opening date of Pepperfry IPO has not been announced yet.

Pepperfry has already raised $245.3 million in a total of 9 funding rounds.