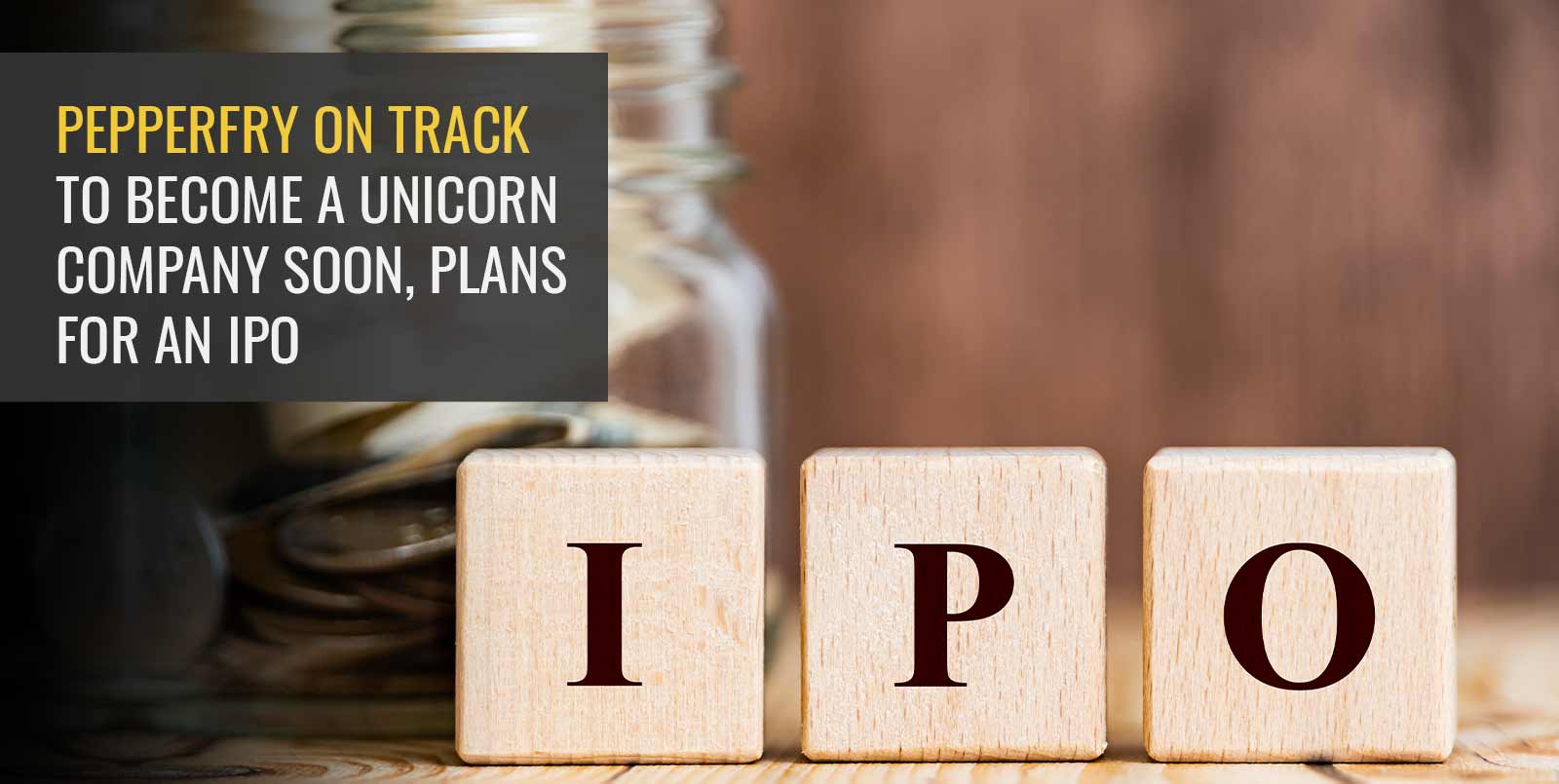 An Overview of Pepperfry’s Strategy

By the time its initial public offering (IPO) hits the market, Pepperfry will have joined the unicorn club (valued at more than USD 1 billion). While discussing plans to grow offline studios, Pepperfry co-founder and COO Ashish Shah stated that the company aims to become profitable as soon as the market opens.

‘We have a revenue of Rs. 1,000 crores. We’re on the verge of turning a profit. I believe the market will display our first profit mark as soon as it opens. Following that, we intend to go public in the following 12 to 18 months,’ Shah said. In terms of enterprise value, he predicted that the company will soon join the unicorn club. ‘We’re in the process of changing the company’s structure. We shall begin the DRHP process as soon as that is completed. Hopefully, we will soon be a billion-dollar company. Our initial public offering value will be in that range,’ Shah added.

Expanding to Other Cities

Norwest Venture Partners, Goldman Sachs, and Bertelsmann Investments India have all invested USD 235 million in the company so far (BII). Pepperfry has announced plans to open 200 offline studios in tier 2 and tier 3 municipalities under the FOFO (franchise-owned franchise-operated) model.

‘We want to open a lot more locations in the North East. In metro areas, these stores will be local stores. All tier 2 and tier 3 towns are the second target area. We reach out to over 300 cities from my product reach point,’ Shah added. Customers of Pepperfry can try out the products in the studios and order them online. ‘Like a neighbourhood business, these studios will be scattered out over 400-500 square feet. Studio revenue accounts for 30% of total revenue. With new studios on the horizon, their contribution to the business should be in the range of 40%. At least 100 new cities would be added to the outlets,’ Shah predicted.

He stated that the company will hunt for young entrepreneurs to participate in the accelerator programme, which would cost roughly Rs. 15 Lakhs and includes the cost of real estate, interior design, and products that will be shown. In the previous six years, the company has opened over 70 studios in 40 cities, 32 of which are based on the FOFO model.

Pepperfry, now one of India’s most popular online furniture companies, was founded in 2011 by Ambreesh Murthy and Ashish Shah. Lighting, furnishing, housekeeping, dining kitchen appliances, and other aspects of home decor are covered by the platform.

Pepperfry has a large number of goods to choose from. Its easy and advanced product distribution system has helped it gain a competitive advantage in the market. The eCommerce website, which has over 8 million registered users, has three warehouses and 21 distribution hubs. Existing customers account for about 58 percent of all transactions.

Pepperfry began as a horizontal online marketplace that facilitated products across a range of categories such as fashion and lifestyle, but a year later, in 2013, the platform altered its attention to establishing its place in the online category of furnishings, home décor, and related items. Pepperfry has over 60 studios spread across cities, with its headquarters in Mumbai. Each of the studios has a large selection of furniture on display, allowing users to see and feel the furniture before placing an order.

Pepperfry predominantly uses an Omni-channel strategy, which allows customers to place orders at any time, from any location, and through any device or channel.

Murty and Shah met for lunch at a mutual friend’s office in Mumbai, and it all started with a talk over lunch. During this discussion, the two realised that there was a critical need to solve the gap that existed in the sector when it came to catering to clients’ lifestyle needs. A simple tissue paper became the strategic platform on which the currently leading furniture platform’s future concepts were outlined. With a decade of experience at eBay India, where Murty was the country manager and Shah was in charge of sales and operations, the two decided to start their own company in early 2011.

During that time, the platform’s primary focus was not furniture; instead, it focused on a wide range of categories, including jewellery, fashion, and clothing.

The platform is primarily based on a managed marketplace business model, in which artists and merchants from small and medium businesses sell their wares on the network. In this technique, the platform’s category team engages with the sellers, and after thorough inspection, they collect specific items from the sellers.

After that, the objects are shipped to studios to be used in photoshoots. The images of the objects are then collated and placed on their website. Once an item has been ordered for sale, it is delivered to the platform’s warehouse by the sellers, where the item’s quality is checked before it is packed and dispatched from the vendor to the consumer. Since 2014, the platform has made some changes to its business strategy by opening retail storefronts, known as Pepperfry studios, in several cities.

Pepperfry’s platform has expanded into both online and offline business, with locations across the Indian subcontinent. Despite the intense rivalry it has experienced among all the other platforms researching this area, the online e-commerce enterprise has managed to create a key position in the furniture industry’s market. The platform has enormous potential for growth and expansion in the future.