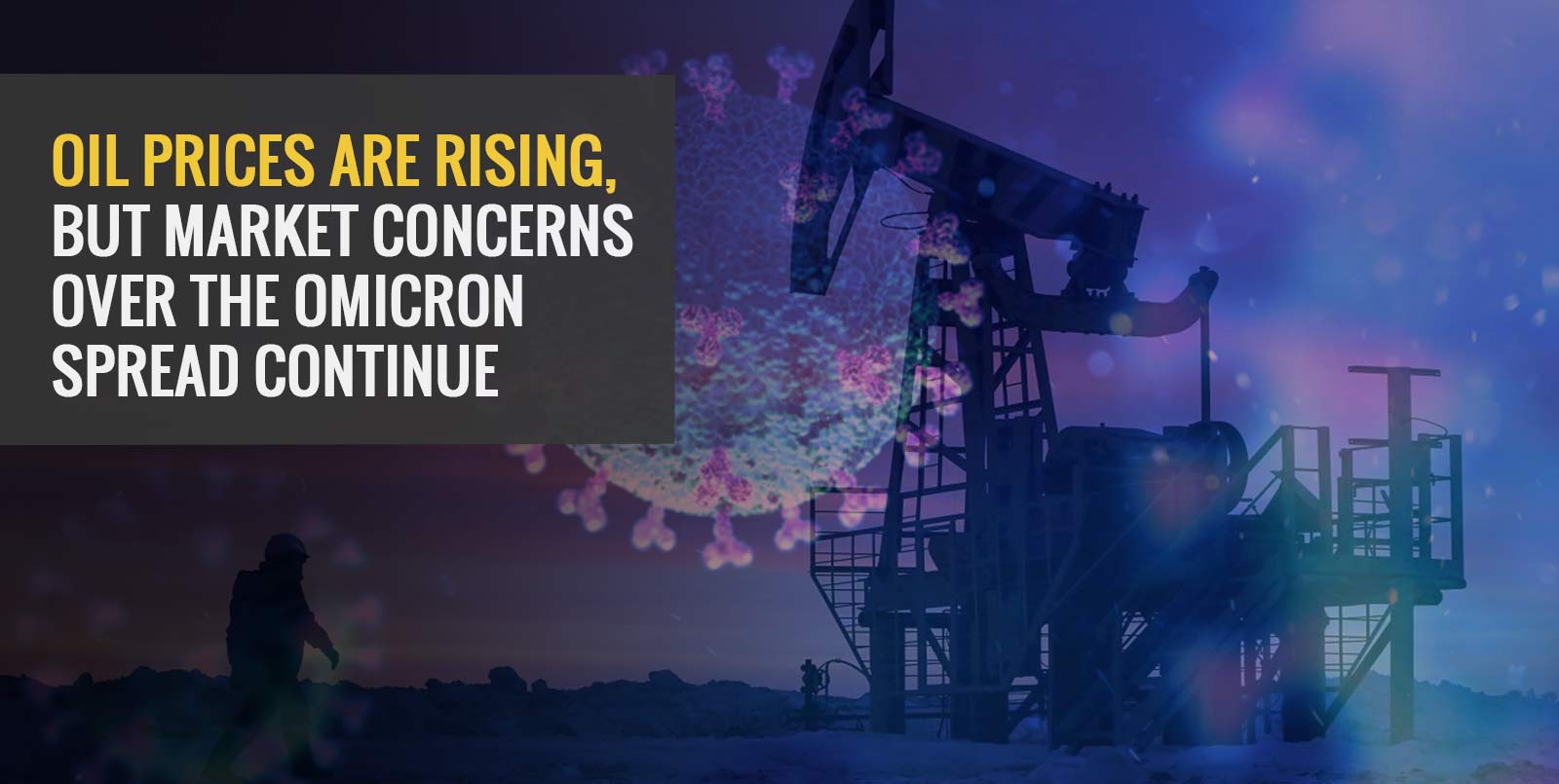 Oil prices rose slightly on Tuesday, as investors were concerned by the rapid spread of the Omicron pandemic type throughout the world, forcing nations to explore more restrictions that might reduce fuel consumption.

After the Netherlands declared a fourth shutdown and other European countries explored Christmas restrictions, the British Prime Minister warned on Monday that if necessary, he would strengthen coronavirus restrictions to halt the spread of the Omicron type.

Omicron infections are fast spreading throughout Europe and the United States, doubling every two or three days in London and elsewhere, putting a strain on financial markets, which are concerned about the effect on global economic recovery.

Nonetheless, Moderna said this week that in laboratory tests, a rapid dose of its pandemic vaccine proved to be a safeguard against the fast-spreading Omicron version of the virus, giving investors some optimism.

On the supply side, OPEC+ compliance with oil production restrictions increased to 117 percent in November from 116 percent a month earlier, according to sources, showing that output levels are still considerably below agreed-upon limits. According to a preliminary Reuters poll released on Monday, crude oil stocks in the United States are predicted to have declined for the fourth week in a row, but distillate and gasoline inventories are expected to have increased.

Despite any demand disruption created by the Omicron pandmeic version, analysts estimate crude oil prices will exceed $100 per barrel by the end of 2022, up approximately 35% from present levels.

The effect of omicron, if it spreads widely, would most likely be seen in the first half of 2022, when countries strengthen steps to stop the new strain from spreading, according to experts. Any lockdowns, however, are expected to be more localized and focused, with a less effect on oil consumption than before.

What factors influence the price of oil?

When the price of oil rises, what happens?

A significant increase in oil costs will lead to rising inflation. This is because transportation costs are expected to grow, resulting in higher pricing for a variety of items. This will be cost-push inflation, as opposed to inflation generated by increased aggregate demand or excessive growth.

What is the rationale for the formation of OPEC?

The goal of OPEC is to coordinate and harmonize petroleum policies among member countries in order to ensure fair and stable prices for petroleum producers, a reliable, cost-effective, and consistent supply of petroleum to consumers, and a reasonable return on investment for those who invest in the industry.

What Effects Do Oil Prices Have on Stocks?

Disclaimer: This blog is exclusively for educational purposes and does not provide any advice/tips on investment or recommend buying and selling any stock