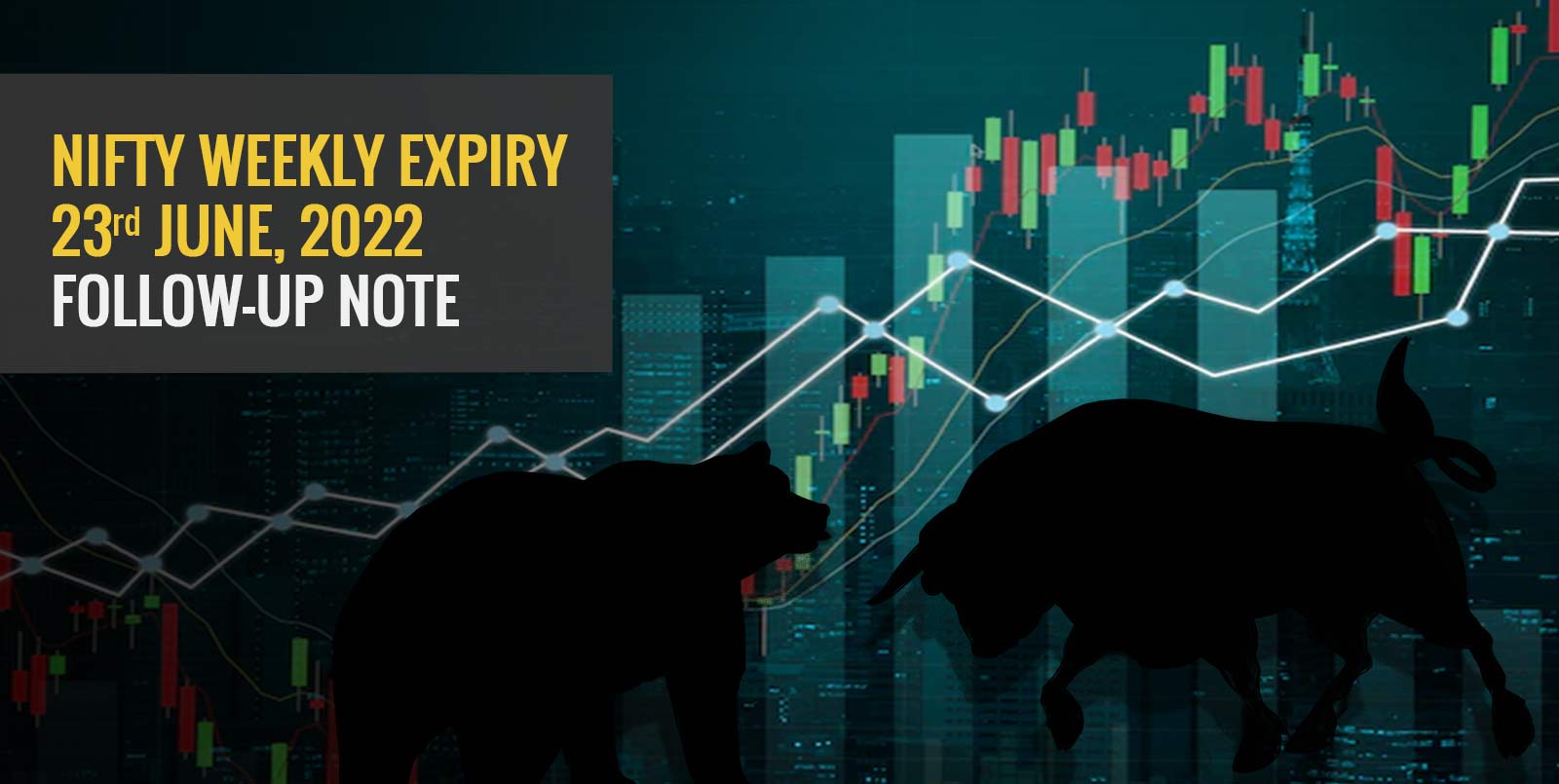 Below was the summary for our analysis: 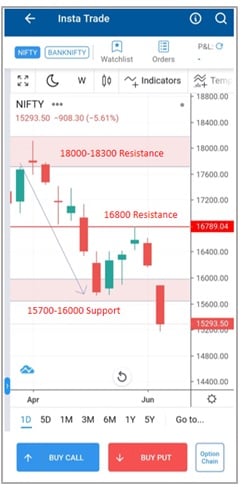 Bears took charge & clearly broke 15700 level and opened path for further down-move. However, Nifty was mostly sideways in past days. 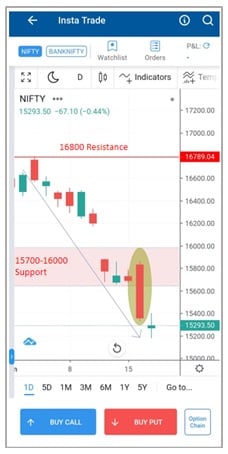 Now, going forward on a Daily time-frame if we analyse:

On Monday – we witnessed an indecisive candle, however gaining support at 15200 levels.

On Tuesday – A big bullish candle, Bulls tried to take market up to the important level of 15700.

So it can be said market is in the hands of bears, but at 15200 levels Bulls are regained power and tried to move market up, but as 15700 level a support turned resistance level, took market down on Wed.

Bulls not ready to give 15200 support zones.

Bears are continuously giving pressure, and not going above 15700.

So in this expiry two important levels are must to watch:

However, bears seems more powerful as they dragged market from the high of 15800 to the lows of 15200 (600 Points), but Bulls are also not yet ready to easily give-up.

So If, Resistance 15700 is broken, then only we can assume that bulls will be able to defend their territory. Until then outlook is slight bearish.

If, major support level of 15200 level is broken with good volume and big candle, so that will be considered as the defeat of Bulls, then Bears will take market further down to the important level of 15000.