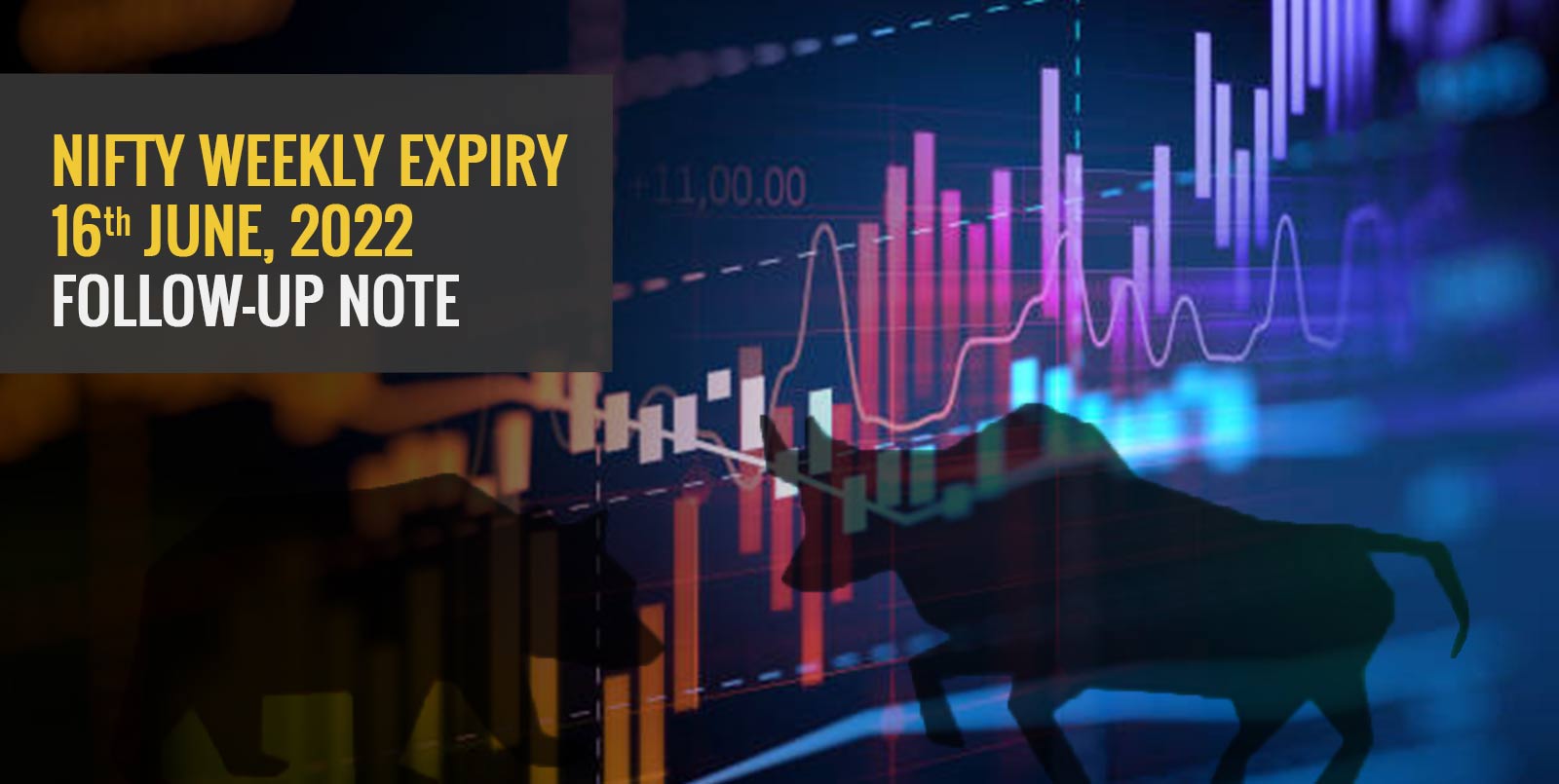 Below was the summary for our analysis

Nifty in Consolidation phase with Support of 15700.Monthly time-frame indicates bearishness in market, but price is near support zone, which can be tested. 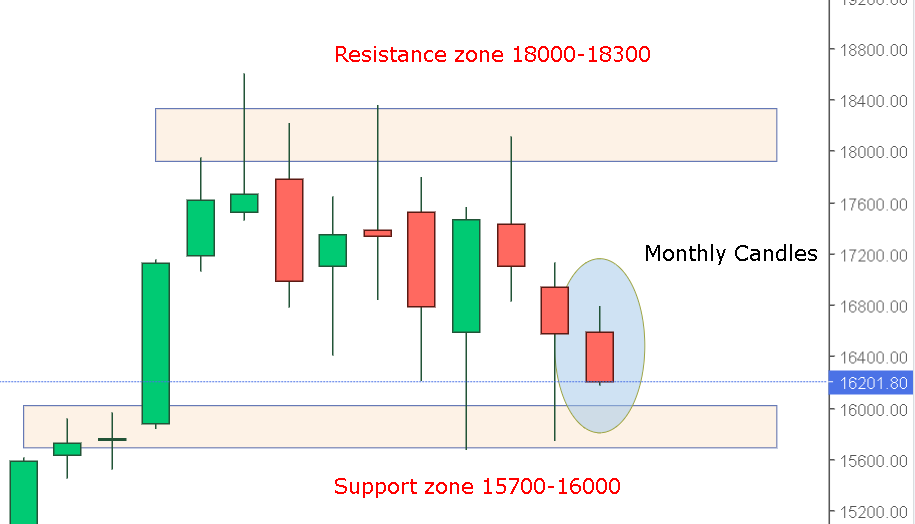 Now, going forward on a Daily time-frame if we analyse

On Monday – We witnessed huge Gap-down and further selling taking Nifty down by 426 points, however a lower wick indicates somewhat buying from the support zone of 15700.

On Tuesday – Bulls tried to take market up, but failed to take it further closing with shooting star pattern.

On Wednesday – a small red candle showing indecisiveness in market.

So it can be said market is in the hands of bears but at 15700 levels Bulls are regaining power to defend it. 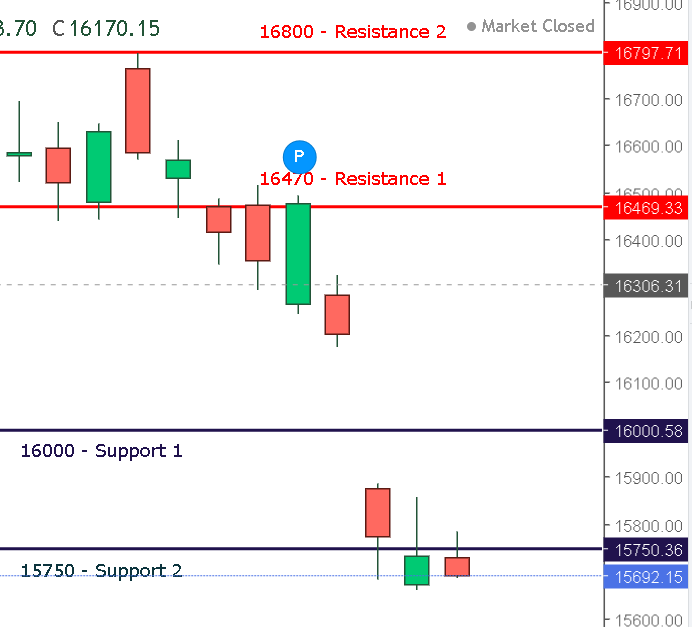 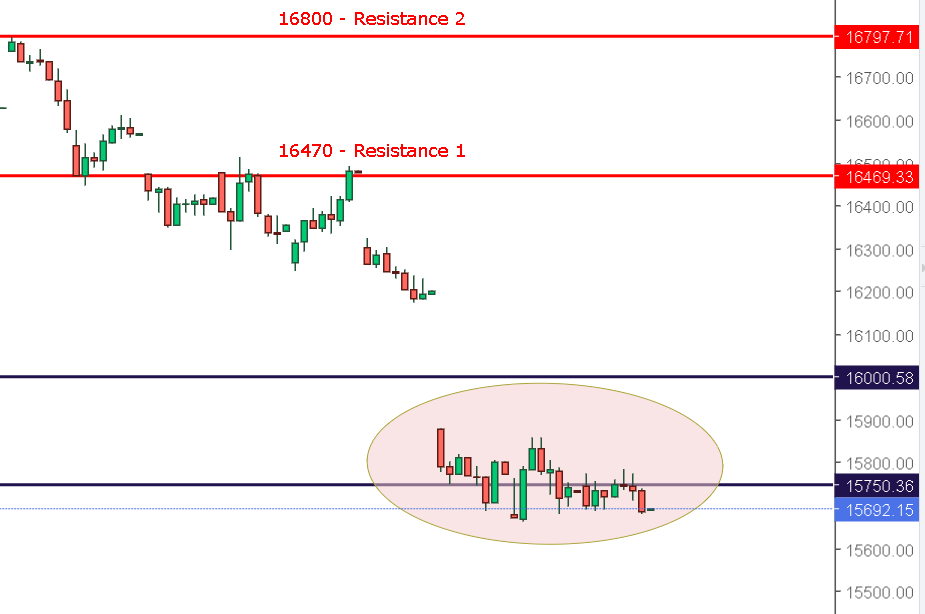 Bears are continuously giving pressure, and not going above 15900.

So in this expiry two important levels are must to watch :

However, bears seems more powerful as they dragged market from the high of 16800 to the lows of 15700 (1100 Points), but Bulls are also not yet ready to easily give-up.

So If, Resistance 15900-16000 is broken, then only we can assume that bulls will be able to defend their territory. Until then outlook is slight bearish.

If, major support level of 15700 level is broken with good volume and big candle, so that will be considered as the defeat of Bulls, then Bears will take market further down to the important level of 15500.

Let’s witness this fight together.