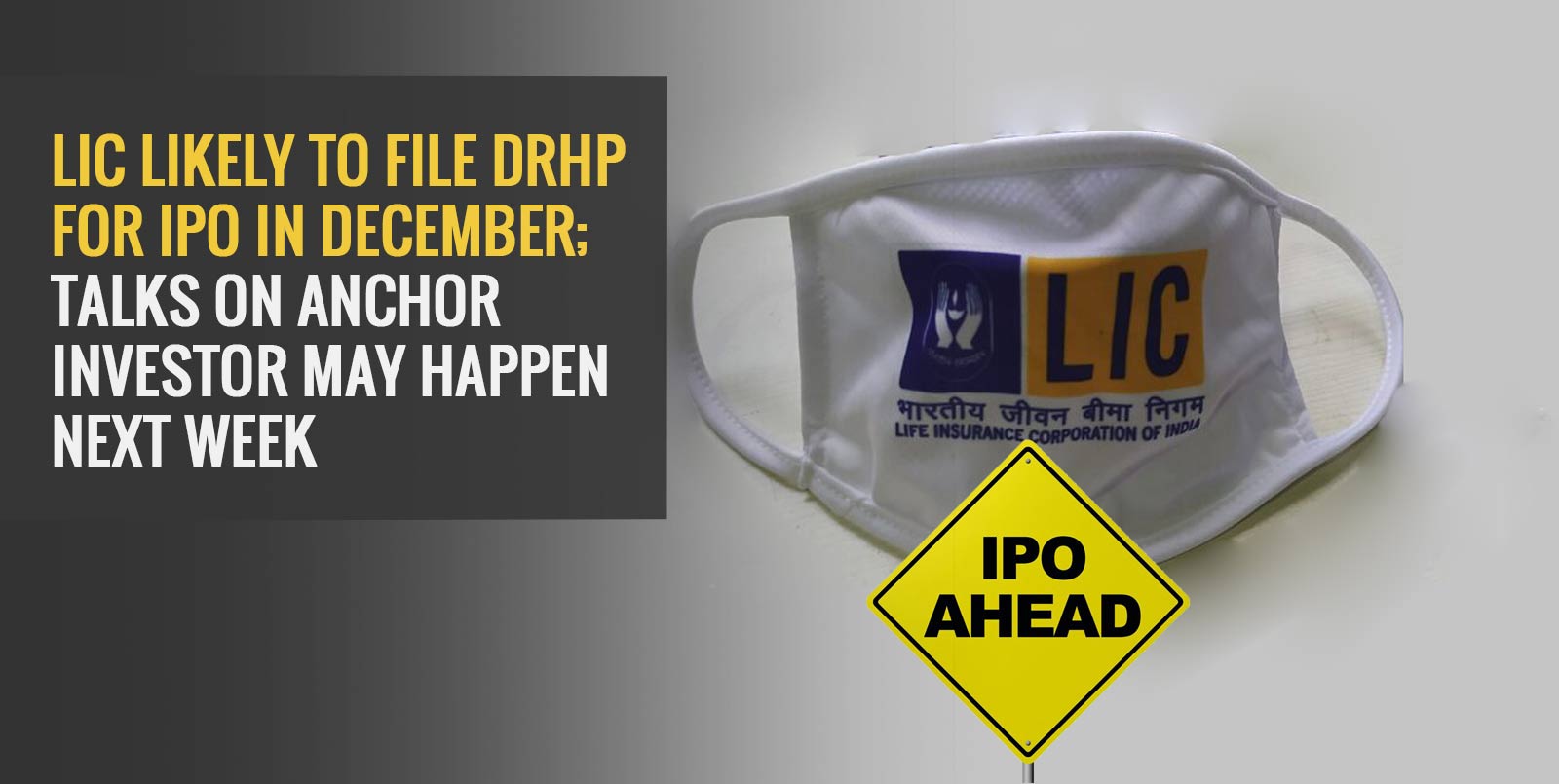 Regarding this, the company has shared around 100 global investors’ names with the 10 banks handling this deal. These institutions will most likely approach different groups of investors. In addition, reports state that this state-owned insurance firm is likely to file its draft papers with SEBI in December.

Meanwhile, LIC is ensuring that there is enough demand for its IPO, which is expected to be the nation’s biggest public offer.

Here are more details about this topic.

According to reports, banks are all set to file the draft red herring prospectus with SEBI during December’s first week. This will take place after the value of the firm is established. LIC’s representative declined to comment regarding this matter.

India’s Prime Minister is rushing with this IPO, which could potentially generate around Rs. 400 billion – Rs. 1 trillion. This humongous public offer will expectedly fill in the increasing budget gap in the country.

The country expects a valuation of around Rs. 8 trillion – Rs. 10 trillion while divesting a 8-10% stake in LIC. To ensure a strong and widened demand across different investor segments, the government also plans to allow FDI (Foreign Direct Investment) in LIC.

Till date, calculation of the firm’s embedded value has witnessed slow progression, with almost 8 months gone. The embedded value is an important financial indicator calculated by merging assets’ net worth with the future profits’ current value. The company’s decision to conduct discussions with anchor investors will prove a crucial step towards its IPO.

The government is planning to bring forth the LIC IPO by March 2022. In October, Finance Minister Nirmala Sitharaman said that this IPO will not face any delay due to lack of commitment in decision-makers.

During the Union Budget Speech, the Finance Minister also said that listing firms on the bourses adds discipline. It also unlocks the value of the firm by extending access to financial markets. Moreover, this also benefits retail investors by participating in the wealth creation of the company.

Regarding the LIC IPO, the government selected Deloitte for pre-IPO advisory for transactions.

Here are a few critical ratios of LIC which might attract investors towards its IPO:

The Indian government is divesting a partial stake in the company by floating its IPO and inviting investors to participate in this public offer. Once LIC IPO launches and gets listed on the bourses, it will face SEBI’s direct scanner while following the listed firm requirements. This entire operation will amplify transparency in LIC’s operations and reinforce full corporate functioning.

There are around 290 million policyholders in LIC.

LIC holds a market share of around 74.71% regarding the number of policies.