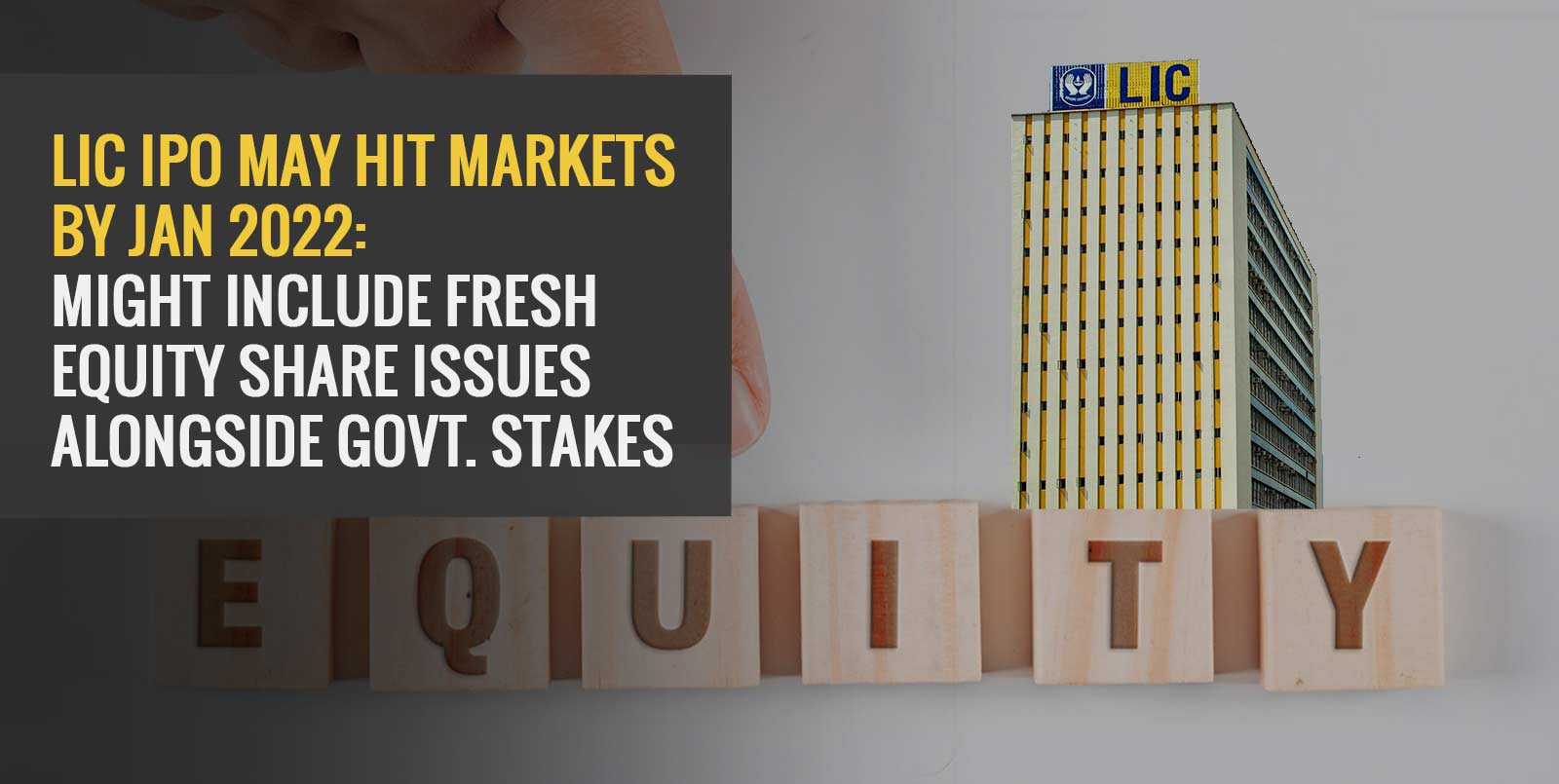 The government’s decision to divest LIC is part of its plan to churn out Rs. 1.75 lakh crores by selling assets of state-run entities within this financial year.

Founded in 1956, the Life Insurance Corporation of India is the largest state-run life insurer. The government had declared the proposal to sell minority shares of LIC through IPO during the budget session of fiscal year 20-21.

Owing to its massive size, LIC is going to be the largest IPO ever to hit Dalal Street. Speculations indicate there will be a share sale of nearly Rs. 1 lakh crore.

The Cabinet Committee on Economic Affairs (CCEA) has cleared a proposal for LIC IPO in a meeting held in early July. Recent reports suggest that the mega LIC IPO might not be just an offer for sale (OFS) of the government’s stake. It might also come with a fresh issue of equity shares by LIC.

A close look into the matter

The government has been planning to divest its stake in LIC for quite some time now. However, its decision to issue fresh equity shares alongside its stakes is rather new and surprising.

DIPAM (Department of Investment and Public Asset Management) has issued a proposal for bankers and investors on Thursday. It states that listing of LIC shares would comprise part-sale of government shares in LIC and raising of fresh equity shares. However, the size of the issue is yet to be decided.

The process of LIC IPO is currently in its initial stage. Some financial experts say that the announcement of fresh issues along with government stakes was quite unexpected.

The government has recently brought in certain modifications in IPO policies for entities that have a market capitalisation of more than Rs. 1 lakh crore before listing. These amendments will allow such companies to sell as low as 5% of their shares through initial public offers.

But, they will have to increase their public shareholding to 10% by the next 2 years and 25% within the next 5 years. The government has approved LIC to raise its authorised share capital to Rs. 25,000 crores. This will help the insurance giant in its IPO process.

The much-awaited LIC IPO has already created a buzz in the country. If all goes well, LIC’s initial public offering might hit the market as early as January 2022. The government intends to bring some changes in laws in the monsoon parliament session to fast-track LIC IPO.

Financial experts believe that much regarding this IPO will depend on the legislative speed and market conditions.

Want to stay updated about the stock market and world of finances with interesting news and tidbits? Make sure to go through informative Angel One blogs on a regular basis.

LIC will be listed at both NSE and BSE.

Dates for LIC IPO are yet to be finalised.