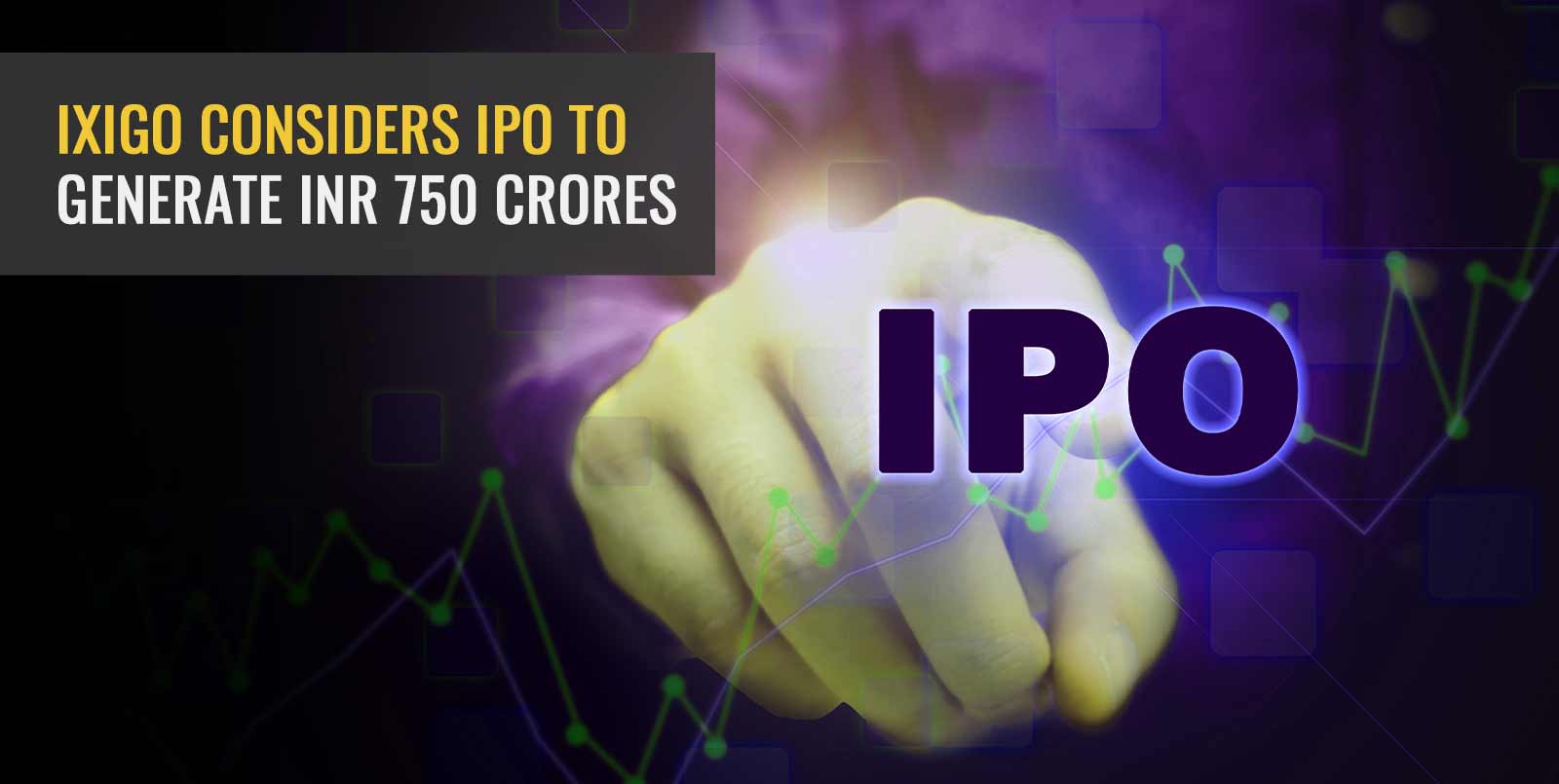 Serving as an online travel portal, ixigo seeks to generate INR 750 Crores via its primary issuance of shares. Its overarching initial public offering is expected to amount to INR 1500 to INR 1800 Crores which should launch later on in the current financial year.

Having launched in 2007, ixigo operates out of Gurgaon, Haryana, and serves as an online travel portal that offers users the ability to make bus, flight, and train bookings for varied journeys. Additionally, users can take advantage of a number of deals that they can find on the website. Tailormade recommendations keeping in mind the user’s preferences in addition to predicted airfare prices and prompts indicating delayed trains are included as a part of its variety of services.

By providing the public with an opportunity to invest in its initial public offering, ixigo will generate a scenario wherein it is possible for its initial investors to partially exit from the travel company.

This IPO is expected to generate funds that would potentially be used to offset existing losses brought on by halted travel owed to Covid-19. Additionally, it is likely that funds generated would be used to implement a new business model and technology keeping in mind the new travel regulations implemented in order to prevent the spread of Covid-19.

Finances Raised – Thus far, ixigo has managed to raise approximately USD 22 Million as a part of its primary fundraising.

Fast Facts – According to ixigo, they have processed over INR 5,000 Crores as a part of their annualized gross booking value. The ixigo smartphone application has been downloaded more than 230 million times since it first being launched.

Financial Performance in 2019-2020 – ixigo reported a net revenue amounting to INR 153 Crores along with INR 5.4 Crores as its earnings prior to interest, taxes, depreciation, and amortization (or EBITDA) being considered mentioned its co-founder, Aloke Bajpai earlier this year.

Axis Capital Limited, ICICI Securities, Kotak Mahindra Bank, and Nomura have been appointed as ixigo’s investment bankers who will be responsible for filing its draft red herring prospectus (or DRHP) in July as per sources in the company.

Keeping in mind its upcoming IPO, ixigo has appointed Ravi Shanker Gupta as its new chief financial officer. Ravi Shanker has been known to help several brands transition to publicly owned companies including but not limited to Jubilant FoodWorks Limited which has under its belt Dominos Pizza.

Additionally, ixigo has appointed Suresh Kumar Bhutani to serve as the company’s secretary. He has previously been responsible for handling legal affairs for varied brands including but not limited to IndiGo Airlines and Ciena India.

2020 proved to be an unfortunate year for travel owing to the Coronavirus pandemic that resulted in a vast number of lockdowns imposed within the country as well as overseas. 2021 too has proved to be challenging thus far owing to 2ndwave taking over the country. Uncertainty pertaining to the new Covid-19 strains remains an issue. That being said, companies like ixigo working within the travel industry seek to issue IPOs in the near future such that they can generate much-needed funds required for their expansion. Travel as we know it is set to change in its implementation, business models, and prevailing technological routing. Funds generated via IPOs will help accommodate these changes such that the industry can ultimately emerge victorious.

Earlier this year ixigo bought out Comfirmtkt, an online train discovery and boking platform based out of Bengaluru for a price that hasn’t been disclosed thus far. As per an ixigo statement, the company consequently saw a rise in the number of visitors visiting its platform totalling over 37 million varied users on a monthly basis.

The fact that companies such as ixigo that function within the travel sector are considering launching IPOs to offset their expenses and expand their enterprises is promising.