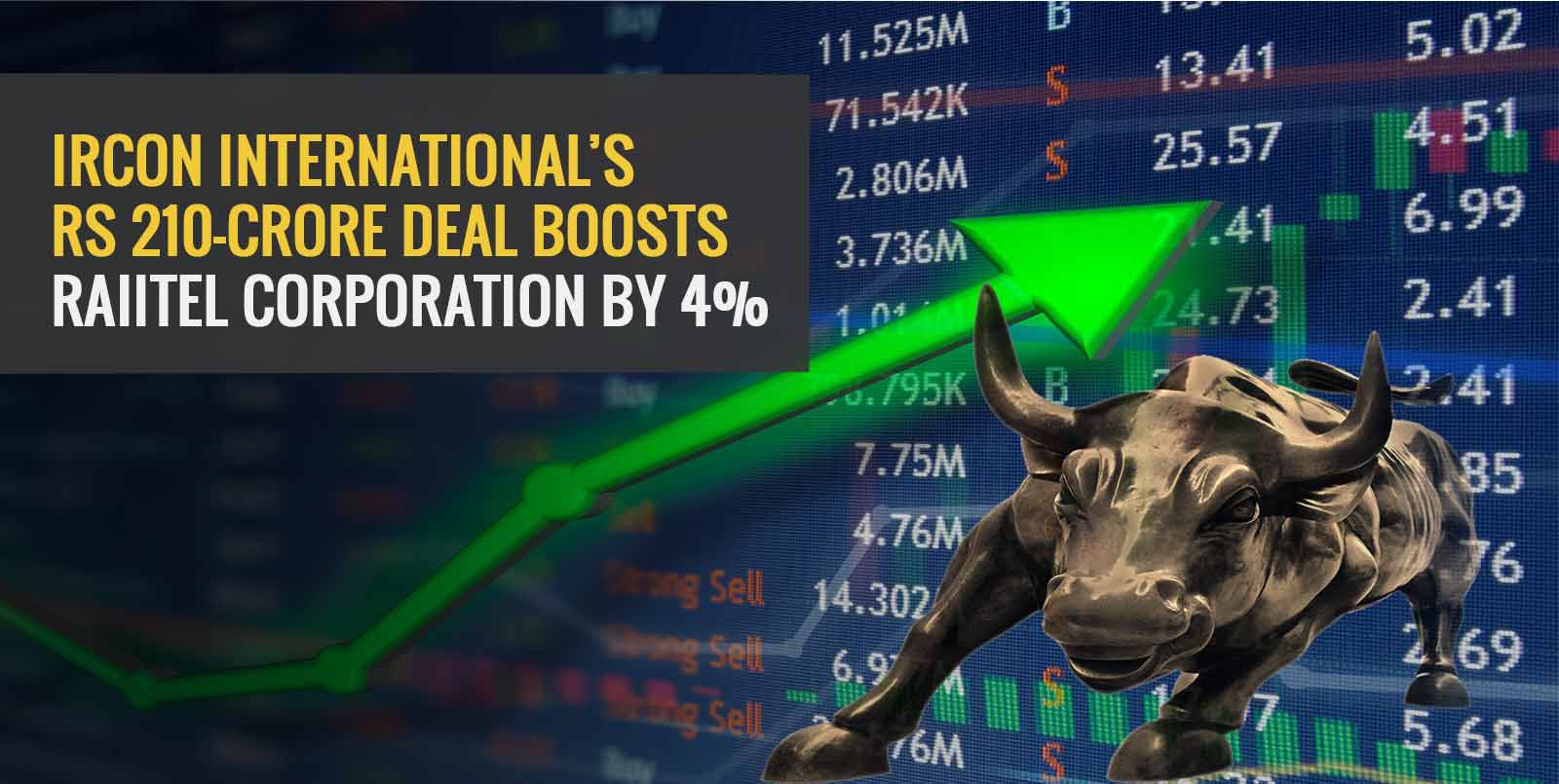 Ircon International placed orders worth Rs 210 crore with RaiITel Corporation of India, which saw its stock rise 4% in early trade on December 9.

“RaiITel Corporation has received a work order from Ircon International for the design, supply, installation, testing, and commissioning of a tunnel communication system in tunnel environment consisting of emergency call and service telephone, CCTV, tunnel radio, and PA system in tunnel environment on the Dharam-Banihal section of the Jammu Kashmir Rail Link Project under Ferozepur division of Northern Railway at a cost of Rs 210.77 crore,” according to a statement from company.

The full project is expected to be completed in 12 months. The company had a great launch on the stock exchanges on February 26 – the day the benchmark indices all fell by about 4%. It raised Rs 819 crore through the public offering. The government made a complete offer for sale.

RaiITel Corporation is a provider of information and communication technology infrastructure and one of India’s major neutral telecom infrastructure providers.

It’s also collaborating with the Indian Railways to turn railway stations into digital centers by offering free public Wi-Fi at stations around the country. RaiITel Corporation was trading at Rs 123.40 on the BSE at 9:19 a.m. on December 9, up Rs 4.25, or 3.57 percent.

What have RaiITel Corporation‘s accomplishments been so far, and what are the significant digital milestones?

In September of this year, RaiITel Corporation celebrated 21 years of service as one of the country’s major neutral telecom infrastructure and ICT providers. RailTel has developed from a small corporation to a multi-billion-dollar conglomerate with a 60,000-kilometer high-capacity optical fiber network built across railway tracks and an 18,000-kilometer city access network that includes the North East States and the Jammu and Kashmir area.

By September 2021, RaiITel Corporation’s broadband service had surpassed 4.2 lakh consumers, a fourfold growth in just 18 months. Since March 2020, internet bandwidth use has increased by about five times, while VPN enterprise bandwidth has increased by four times.

The pandemic has intensified the push for digitalisation, since the pandemic has forced businesses across industries to look to technology-enabled solutions for safe operations and seamless business continuity. It has changed business models all across the world, and companies are expanding their digital capabilities and relying more on digital solutions to future-proof their businesses.

During the pandemic crisis, general managers, regional general managers, and other top officers of the railways employed online video content services extensively for coordination and oversight in order to ensure seamless railway operations across the country.

What is the role of RaiITel Corporation  ?

RailTel is at the forefront of providing a countrywide broadband telecommunications and multimedia network in all sections of the country, as well as modernizing train operations and administration network technologies.

RaiITel Corporation  is owned by whom?

RailTel, a Public Sector Undertaking (PSU) fully owned by the Indian Railways, was founded on September 26, 2000.

Is the railway under the control of the government?

Indian Railways is a government-owned railway system that operates India’s national railway system under the Ministry of Railways, Government of India. It operates the world’s third-largest railway network, with a total length of 67,956 kilometers as of 31 March 2020.