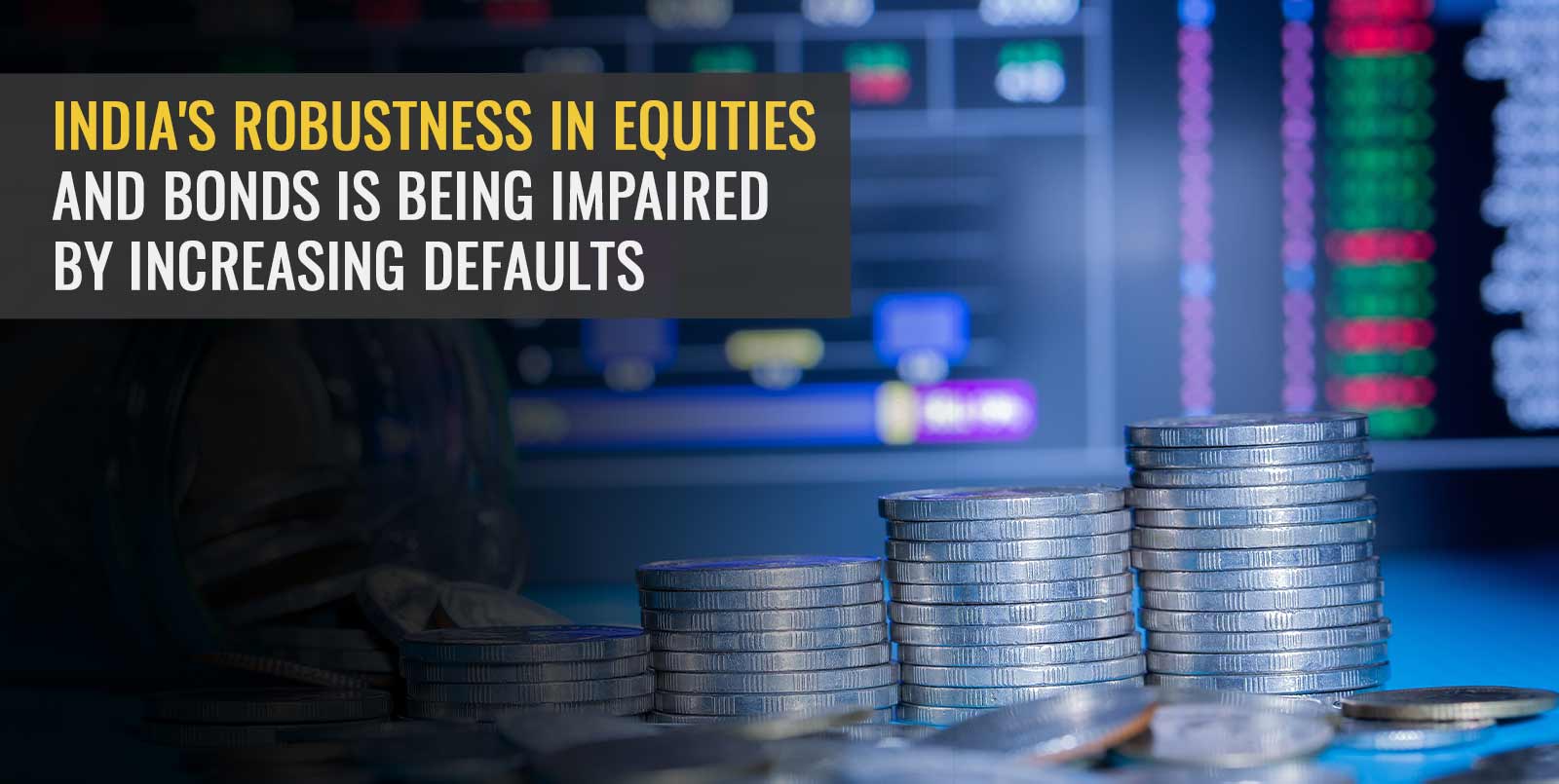 In the wake of India’s unprecedented surge in pandemic events, credit markets are issuing cautionary statements for other asset groups. This year, companies have defaulted on at least Rs 5,700 crores ($763 million) in domestic bonds, the highest amount for a comparable time on record. Traders are anticipating more. They’ve driven the gap between A rated local corporate bonds and AAA notes to a 17-year high, a bad sign for the $2.7 trillion economy’s small businesses, which appear to have lower ratings.

All of this points to the need for even more caution in the stock and bond markets, which have held up better amid the uncertainty. While the defaults are mostly among smaller, often unlisted borrowers, they complicate policy makers’ already difficult task of dealing with one of the world’s highest bad debt ratios. Furthermore, as local curbs disrupt supply chains, the Covid outbreak risks fanning inflation, limiting central bank options for juicing the economy. It is unrealistic to predict positive economic news, positive earnings news, and the stock prices. The market will certainly be volatile throughout this period.

As the government has refrained from imposing large national lockdowns, equity and government bond investors have been focusing on more positive signals in recent days. Following the United States’ decision to provide vaccine assistance, India’s S&P BSE Sensex Index rose to a three-week high on Tuesday, and continued to rise on Wednesday. However, there have been growing concerns. Despite the recent rally, Indian stocks have lagged behind their Asian counterparts this month, after outperforming for four quarters in a row.

Although some long-term investors, such as Fidelity International and Invesco, have stated that they are looking for opportunities to add stocks, sentiment among global equity funds has diminished. Via April 26, foreign investors sold a net $1.2 billion worth of Indian stocks, the largest outflow since March 2020.

With the launch of a QE-like bond buying scheme earlier this month, India’s central bank was able to keep yields in check. As a result, the yield on the benchmark 10-year sovereign bond fell by around 12% in April, the largest drop in six months. The rupee has also recovered in recent days, having hit its lowest level against the dollar since August earlier this month. However, yields have been volatile, with traders concerned about the prospect of increased government spending to combat the pandemic’s impact. The prospect of moving forward expected borrowing has been discussed by the Finance Minister.

Due to concerns about the availability of government notes, underwriters have been forced to save bond auctions, and the central bank has had to postpone others. Meanwhile, amid the recent rebound, worries about the economic effects of the Covid revival have left the rupee down about 2.1 percent against the dollar in April, the worst decline since March last year.

Certain warning flags have been blinking in the corporate bond market. Credit-default swaps for the State Bank of India, which are used as a proxy for India’s default risk, expanded to a nine month high this week before falling back after the news about US vaccine assistance on Tuesday. Markets are becoming more vigilant on the credit side as economic growth appears to be slowing, raising fears of an increase in distressed debt.

SBI Funds Management Pvt., country’s largest asset manager, has stated that they are keeping a close eye on the financial sector, as government relief measures such as a debt moratorium have obscured the true extent of the pandemic’s effect. Some borrowers are finding it more difficult to obtain credit through industries. In April, the issuance of local currency notes rated A and below reached a 10-year low of Rs 1,800 crore.