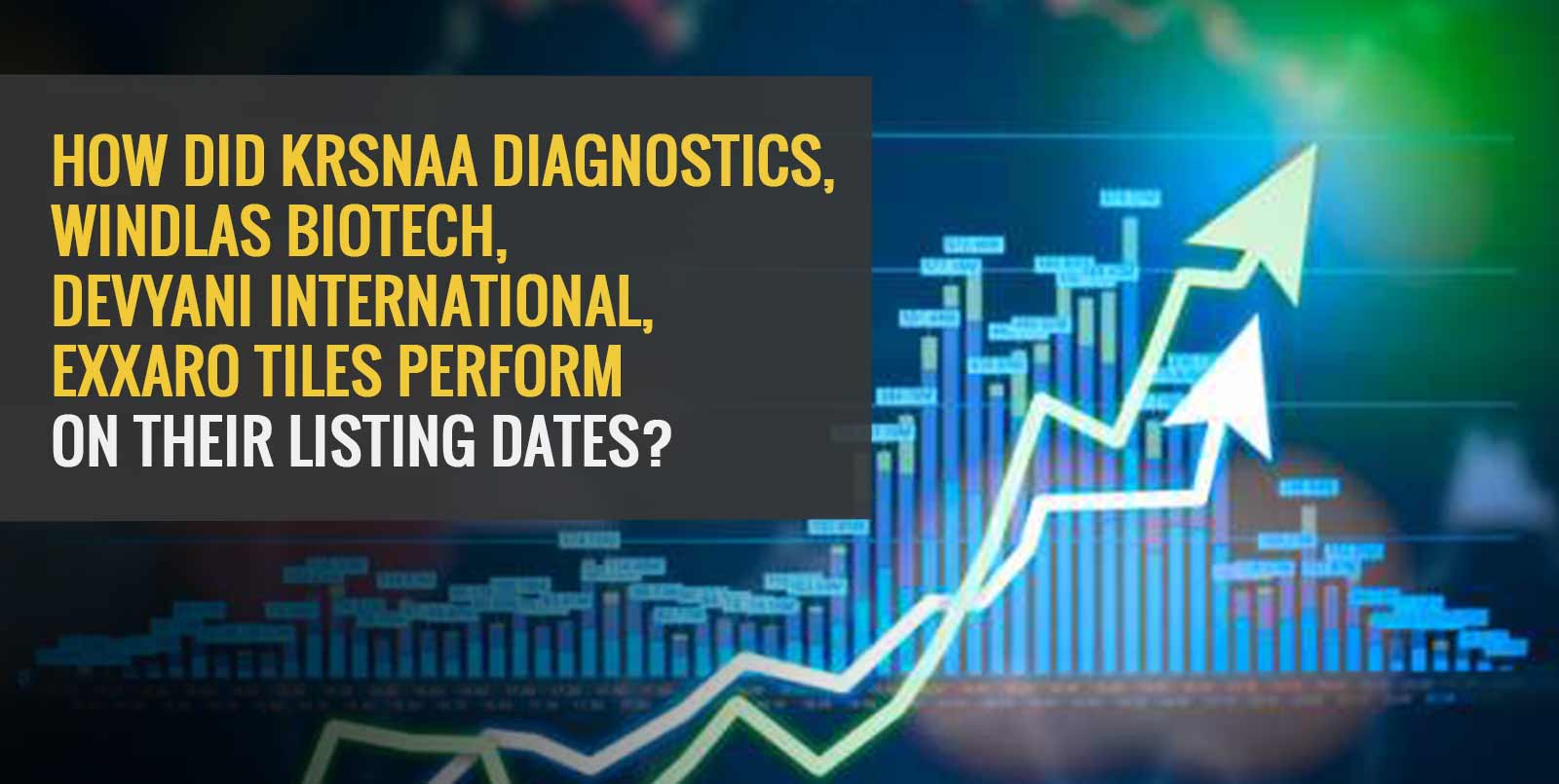 16 August 2021 saw the debut of four companies at Dalal Street. To elaborate, Krsnaa Diagnostics, Exxaro Tiles, Windlas Biotech and Devyani International got listed on BSE and NSE. This listing preceded a strong IPO performance. Accordingly, it mounted anticipation on the performance of these stocks following their inclusion in the share market.

Let’s look at how these four companies have begun their journey in the Indian stock market.

The debut of Krsnaa Diagnostics has been underwhelming, considering the expectations surrounding it. This company’s stock opened at Rs. 1,025 on BSE, which is about a 7% premium over its issue price of Rs. 954. At NSE, its price was Rs. 1,005.55.

During the intra-day trading, it rallied up to Rs. 1,099.5, which is about a 15% premium. However, it still fell well short of the expected 30% premium, as predicted by many analysts.

Considering the IPO performance of this diagnostics chain, which received a notable 64.40 times subscription, this is a considerably quiet start in the stock market.

At the time of writing, Krsnaa Diagnostics is trading at Rs. 972.60 on NSE.

At the time of writing, Exxaro Tiles is trading at Rs. 129 on NSE.

Windlas Biotech continues with the disappointing first-day performance as it starts the listing on NSE at a discount of 5%. The trading starts at Rs. 437 on NSE, which is considerably lower than its initial listing price of Rs. 460. Meanwhile, this stock opened on BSE at Rs. 439.

Among these four companies that debuted on bourses on 16 August 2021, Devyani International is the only one that started off well. It opened at Rs. 141 on BSE, which is about 56% premium over its issue price of Rs. 90 per share. On NSE, its listing price was Rs. 140.90.

At the time of writing, Devyani International was trading at Rs. 125.70 on NSE.

The initial days of any share listing do not necessarily predict the future of company stock. Therefore, individuals who have invested in the stocks that had an underwhelming start to their Dalal Street journey should not panic. Instead, they should consider studying their performance and associated market trends in the coming days before making any call.

Keep an eye on the Angel One Blog section to know more about recent and upcoming IPOs in 2021.

The book value per share for Windlas Biotech on 17 August at the time of writing is 91.08.