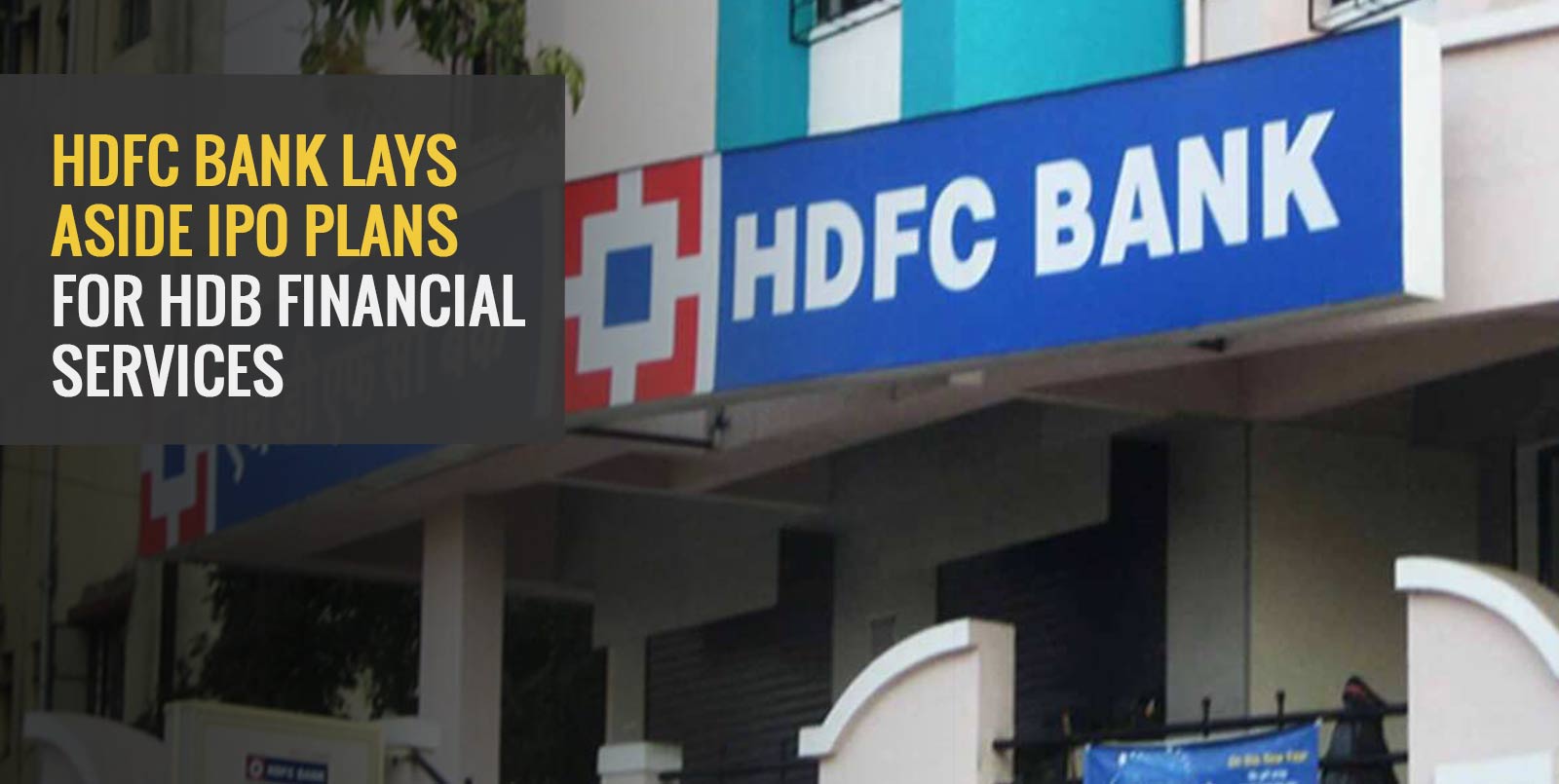 On 6 August 2021, it was reported that HDFC bank has decided to suspend IPO plans for its subsidiary HDB Financial Services Ltd. (HDBFSL). The non-banking financial company (NBFC) earlier had plans to raise funds via an initial public offering under the leadership of Aditya Puri.

However, the financial institution is now considering analysing the marketplace to understand its possible evaluation via a small stake sale. HDB also plans to pay attention to its know-how platform and devise plans to improvise on it.

As of December 2020, a combination of loans against property and unsecured loans dominated the financial institution’s portfolio. However, commercial activities took a backseat after the pandemic’s second wave struck, leading to declining origination and collection volumes.

Earlier, there was news of HDBFSL considering an IPO to compensate for the pandemic-driven losses of the previous year. However, in light of renewed business disruptions, its parent company has decided to shelve IPO plans to gauge the market conditions in terms of price discovery first.

What was HDFC’s Aim with the Previously Mentioned IPO?

Although HDFC Bank had made no advancements with its HDB IPO plans, it had provided a few insights into the IPO’s possible whereabouts. HDBFSL previously aimed to issue non-convertible debentures (NCDs) to raise Rs. 8,600 crores.

It also disclosed its plans for the proceeds from this IPO. Take a look –

The current company CFO also divulged that multiple domestic and international investors have already shown interest and were looking forward to being a part of HDBFSL’s growth plans. The company’s unlisted shares already have a high percentage of awaiting investors who believe in HDFC Group’s high parentage.

However, the financial institution has decided to focus on digitisation and strengthening its online small-ticket loan services before going ahead with an IPO, for now. According to dealers, the company might opt for the capital market route to unleash value in future.

HDB Financial Services has already started witnessing a bounceback in collections after commercial activities resumed post the second wave. Its current objective to enhance customer engagement might only act as fuel for its potential IPO demand in future. That said, we are left to see how things play out after the launch of its initial stake sale.

Sashidhar Jagdishan is the current CEO of HDB Financial Services.

Srinivasan Vaidyanathan is the present CFO of HDB Financial Services.

The institute had only declared the possibility of an IPO earlier, and no definite information has been available on its launch date since then.