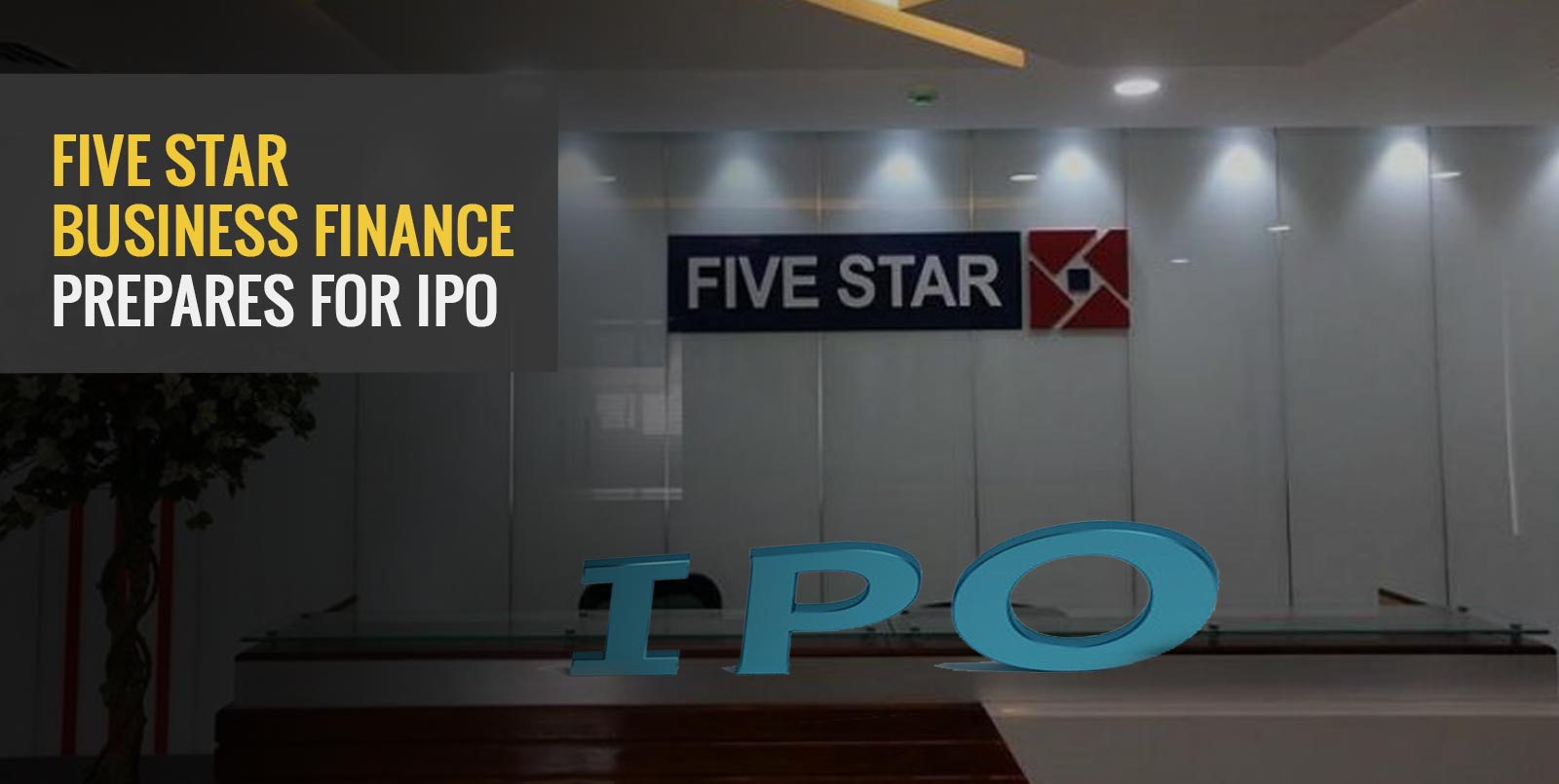 It plans to raise as much as $400 million (approx. Rs. 2900 crores) from the initial public offering, as per anonymous sources.

Let’s find out more about the topic.

Five Star Business Finance on the Verge of Growth

Five Star Business Finance has been revamping its business strategy since 2002. Now, with this IPO, the firm is on the verge of reaching different levels of growth.

Earlier this year, it raised $234 million from existing and new investors. The valuation was put at $1.4 billion. This funding round was conducted by Sequoia Capital. It also saw participation from Northwest Venture Partners and also new investors like TVS Capital and KKR.

As of now, this Chennai-based NBFC has mandated Nomura, Edelweiss, and Kotak Securities as the bankers with ICICI Securities. They will be lead merchant bankers to manage this IPO process.

Moreover, this IPO will also see partial exits from private equity shareholders TPG Asia and Matrix Partners India. The stakes of Morgan Stanley’s Chocolate Holdings B.V. were around 13.2%. In addition, Northwest Venture Partners and Sequoia owned around a 9.45% stake in the NBFC.

The firm started developing its business strategy from 2002-2012. Five Star’s shifted focus to the SME sector had its own challenges and upsides.

We can also say that this new business strategy for Five Star was somewhat orthodox. They rooted towards valuing their relationship with customers. Moreover, the loans approved were considered a family decision. Additionally, to grant these loans, the entire cash flow of the family was considered. Their focus on maintaining customer relationships is what sets them apart from the other NBFCs across the country.

The firm has lately been formulating new techniques to gather more equity and proceed to business expansion. Consequently, they posted a 100% growth rate YoY, which they have maintained for over four years. This massive growth has attracted many investors to the firm.

Currently, promoters hold around 20% of the firm, external investors have 65%, and a small circle of family and friends own about 15%.

Even in an economic slowdown like this, Five Star Business Finance has shown immense potential and growth. In addition, their near to perfect business model has helped them attain Unicorn status in the industry. Investors can hope for the IPO to go well for them as they continue to serve small and medium businesses.

For more updates, keep an eye on the Angel One blogs!