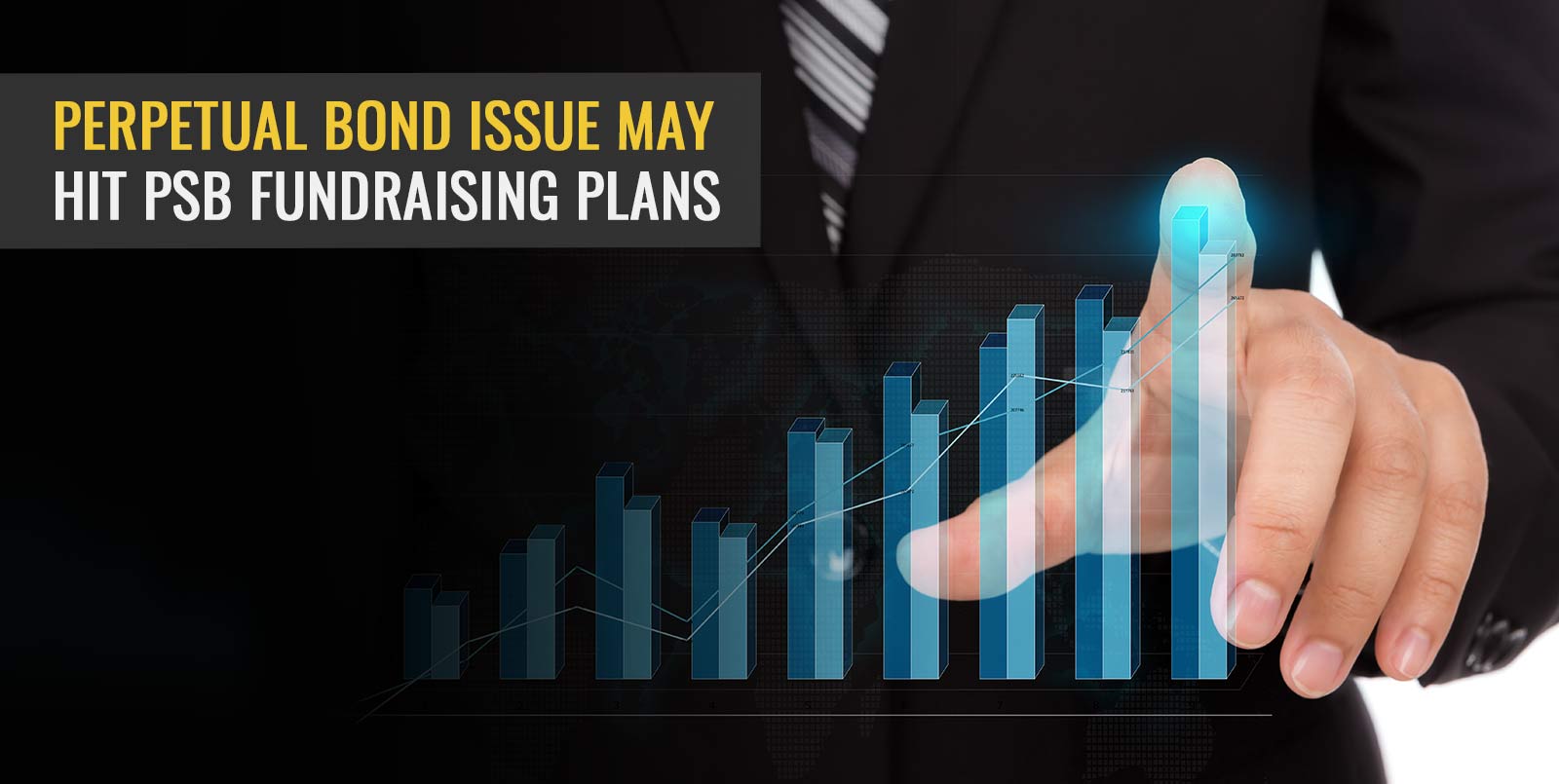 The Finance Ministry has recently written to the capital markets regulator Securities and Exchange Board of India (SEBI) asking for the withdrawal of guidelines issued by the regulator on valuing perpetual bonds issued by banks as 100-year bonds.

Perpetual bonds (also called perp bonds) are known as additional Tier 1 bonds as they don’t come with a fixed maturity date. SEBI had recently issued a circular saying that the maturity of these bonds will be 100 years from the issuance date for valuation. AT-1 bonds are unsecured bonds and typically banks issue them to increase their capital base so as to adhere to Basel-III norms. These norms were created by central banks across the globe after many banks were badly impacted because of the global financial crisis.

The SEBI circular created a flutter as the possibility of greater volatility increased following the new norms. Also any redemptions because of this circular would have triggered a panic selling of bonds by mutual fund houses, which would, in turn, widen yields. In fact, on March 12, perpetual bond yields went up as a reaction to the circular. Bond traders sought yields nearly 30 basis points higher. For instance, the National Housing Bank’s bonds were 10 basis points higher than usual. One series of NABARD bonds yielded a high of 5.75 per cent and the average for most deals was 5.67 per cent that day.

There have been troubles around additional Tier-1 bonds in the past, the Yes Bank bonds problem being a case in point. Investors are said to have lost nearly Rs 8400 crore in the bank’s AT-1 bonds which were written off in accordance with the reorganisation formula of the RBI for bailing out the bank.

Further, according to the SEBI circular, mutual fund investment should not be over 10 per cent in these perpetual bonds by one issuer. A debt mutual fund scheme can invest not more than 10 per cent of its net assets in such debt by all issuers and not more than five per cent of net assets under management in such debt that has been sold by one issuer. This move is being seen as an attempt to make debt mutual funds safer and transparent. These new regulations were to be implemented from April 1.

The Finance Ministry has sought withdrawal of SEBI restrictions on mutual fund investments and AT-1 bonds as they say it could cause disruption in MF investments and PSBs’ fund-raising efforts. On the part of mutual funds, they have always treated the call option on additional tier – 1 bonds as the date of maturity. If the bonds are to be treated like 100-year bonds, then it means that they become extra long-term which also increase risks. Also, as bond yields and price move in opposite directions, as yield rises, the net asset value of the mutual fund schemes will drop.

The SEBI circular has led to some nervousness among public sector banks (PSBs) like Punjab National Bank, Bank of Maharashtra and Bank of India, which were planning to raise funds through the sale of debt instruments. For example, State Bank of India which is around Rs 32,000 crore in tier-1 bonds, will have to raise capital through equity if the tier-1 bond route is gone. A significant amount of capital for banks is raised through Tier 1 bonds.

Towards the end of February 2021, India Ratings and Research (In-Ra) had upgraded the banking sector outlook to stable from its earlier negative for the fiscal year 2022. Following In-Ra’s ‘stable’ outlook for PSBs, there was an increase in such banks’ ability to raise AT-1 funds. The new circular would have put such banks a step backwards.

The Association of Mutual Funds in India (AMFI) has backed SEBI’s norms as it feels that the risk associated with these bonds is greater than regular bonds. While it may come as a move to lower risk in debt mutual funds, the Finance Ministry doesn’t want any disruption in fundraising for PSBs owing to the move.

In 2020-21, state banks have together raised around $2.3 billion in these instruments. If mutual funds make losses and exit from these perpetual bonds, the PSBs will be negatively impacted. This assumes significance in the wake of the Union Budget announcement that two public sector banks would be privatised this year.

While SEBI’s intent of protecting investors has been welcomed, the Finance Ministry’s concerns revolve around the fund-raising capacity of public sector banks if the AT-1 bond route is not available. The Finance Ministry’s letter to SEBI is significant in this light and it needs to be seen if the SEBI norms are changed or implemented as is, come April 1. As of now, the Ministry’s plea has calmed the nerves of public sector banks.