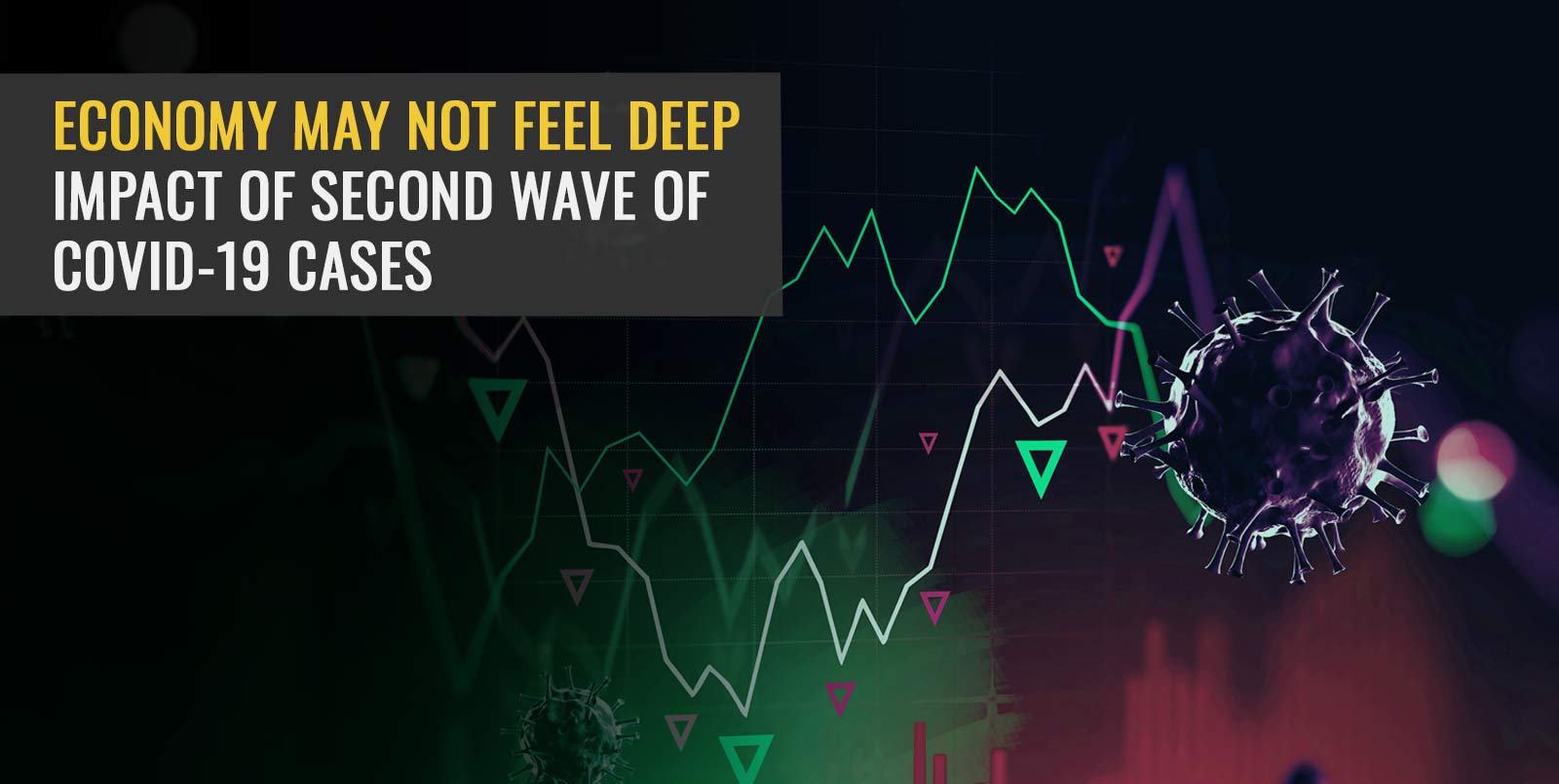 A year after the first wave of the coronavirus pandemic hit the country, the daily increase of Covid-19 cases has touched nearly a lakh. Overall, India’s coronavirus cases have increased to nearly 12.7 million, according to the Ministry of Health and Family Welfare. Active cases are now geared to touch the eight lakh mark. The state of Maharashtra alone reported over 55,000 cases on Tuesday.

During the first wave of the pandemic, an intense lockdown was imposed across the country, with several restrictions on mobility. The stock markets crashed in March 2020 and staged a spectacular recovery over the course of the next few quarters. Stimulus packages from the Central government and India’s central bank, the RBI, ensured a low-interest-rate environment. As cases touched a peak in September and started to abate, economic activity saw a revival, with India seeing encouraging foreign portfolio investments and a boost in consumption.

Take India’s Goods and Service Tax (GST) collections for instance. The GST collection stood at an all-time high of Rs 1.24 lakh crore for February collected in March, the highest monthly amount collected from the time the GST regime was introduced in 2017.

A clear sign of renewed economic activity is in the electricity use. The overall consumption of electricity in the country in March stood at 123.1 billion units, higher than 100.2 billion units consumed last year. States such as Uttar Pradesh and West Bengal saw a 37 per cent growth in consumption.

When the lockdowns were imposed in March 2020 and there were subsequent curbs, an increasing number of users took to unified payments interface (UPI) transactions. According to the National Payments Corporation of India (NPCI), UPI transactions breached the Rs 5-trillion mark in value and touched the three-billion mark for a month in terms of volume. Data shows that UPI volume grew by 120 per cent when compared to the same period in 2020. The value of transactions grew 144 per cent in March 2021 when compared to the same period last year.

According to a JLL report, residential sales between January and March 2021 recovered to over 90 per cent of volumes that were registered in the first quarter of 2020, across major Indian cities. Also Q1 2021 saw 33,953 residential units, a 27 per cent increase over Q4 of 2020. While Hyderabad contributed to over 25 per cent of fresh launches Bangalore accounted for over 16 per cent of fresh launches in the first quarter of 2021. The Knight Frank real estate report for the January to March quarter 2021 showed that Mumbai, Bangalore and Pune contributed to 66 per cent of housing units that were sold in eight cities across the country.

Passenger vehicle (PV) sales in India went up by nearly 18 per cent to touch over 2.81 lakh units in February when compared to the same month in 2020, according to the Society of Indian Automobile Manufacturers (SIAM). The industry body also noted that scooter sales went up by nearly 11 per cent from the same time last year to touch 4.64 lakh units.

On the flip side, India’s industrial output, which is measured by the Index of Industrial Production (IIP) showed a contraction of 1.6 per cent y-o-y in January, as per the Ministry of Statistics and Programme Implementation (MoSPI) data. This 1.6-per cent fall for the month of January was the fallout of a 2 per cent drop in manufacturing output. Eighteen out of 23 sub-sectors within the manufacturing sector saw a y-o-y contraction.

Assessing manufacturing activity helps understand the scale of economic activity and revival. India registered a steady increase in manufacturing activity over the last three months before March, as the IHS Markit India Purchasing Managers’ Index or PMI stood at 56.4 in December, 57.7 in January and 57.5 in February. PMI in March dropped, however, dropped to a seven-month low of 55.4. However, any number over 50 still means an expansion and anything under 50 is a contraction. Also, PMI is a month-on-month indicator and not a year-on-year one.

Even though Covid-19 numbers are rising in the country signalling a stronger second wave, on the economic revival front, there are several silver linings to consider, including record-high GST collections, a surge in digital payment transactions and an increase in electric consumption. This indicates that the second wave may not dent the economy or put brakes on revival to the same extent as the first wave of infections.