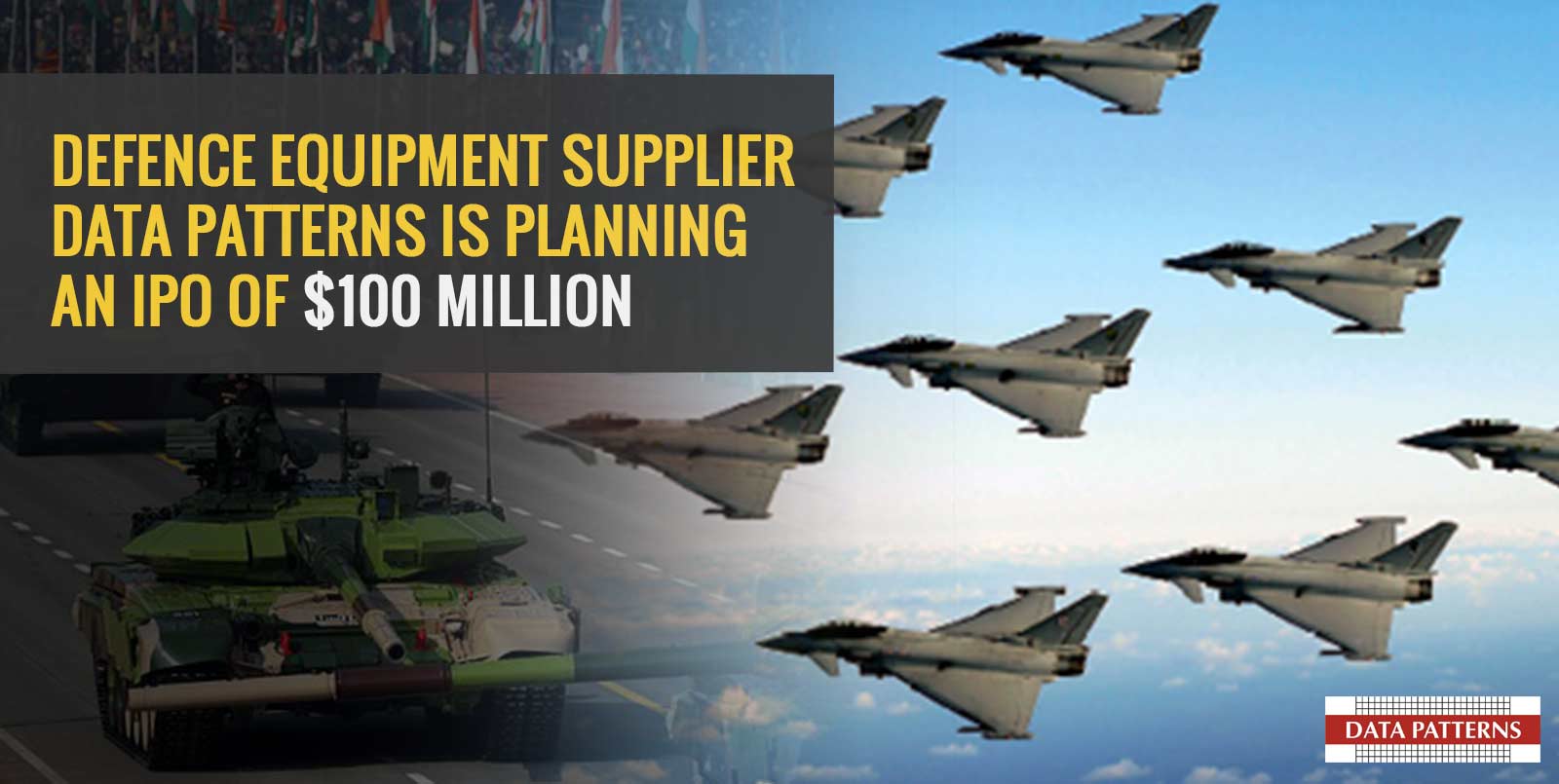 Data Patterns (India) Private Limited is the new name to enter India’s IPO fest of FY2021-2022. The Chennai-based company, well known for supplying electronics systems, is now preparing to go public. The initial news from sources close to the matter is that this public issue is likely to have a valuation of at least $100 million.

Additionally, company sources have confirmed that they can file DRHP with SEBI as soon as next year. The company has plans to make its Dalal Street debut by the same year.

Furthermore, Data Patterns is looking for a valuation of about Rs. 25 billion, which is roughly around $340 million with this public issue. Also, it is likely to include an equal number of shares from primary and secondary classifications.

Nonetheless, the details of this IPO are still under deliberation. The company is working with JM Financial Limited and IIFL Securities Limited to finalise its particulars.

Data Patterns is one of the popular defence and aerospace component manufacturers of India. The company was incorporated in 1985, and one of its notable promoters is the former senior fund manager of Blackstone Inc., Mathew Cyriac.

Apart from Chennai, the company has offices in Bangalore, Hyderabad, New Delhi, and Thiruvananthapuram.

What to Expect from Data Patterns IPO?

Since there is no information available regarding Data Patterns’ IPO, it is difficult to predict how this public issue will perform. However, you can look at one of its industry peers, Paras Defence, and its share market debut to gauge the kind of response the defence and aerospace sector is receiving.

Paras Defence IPO is going live on 21 September 2021 with a price band of Rs. 165 to Rs. 175 per share. Also, the company is planning to raise about Rs. 170 crores through this public issue.

Based on this information, one can assume that Data Patterns IPO may have a similar price and valuation when it goes public.

If you are planning to invest in Data Patterns’ IPO, go through the finances of the company and associated details before making a decision. Additionally, you can stick to Angel One Blogs for further updates regarding this public issue.

The company has shared no details regarding the registrar of Data Patterns IPO.

You can apply for this Data Patterns IPO online via Angel One App and web platform.

The last AGM of Data Patterns (India) Private Limited was on 31 December 2020.