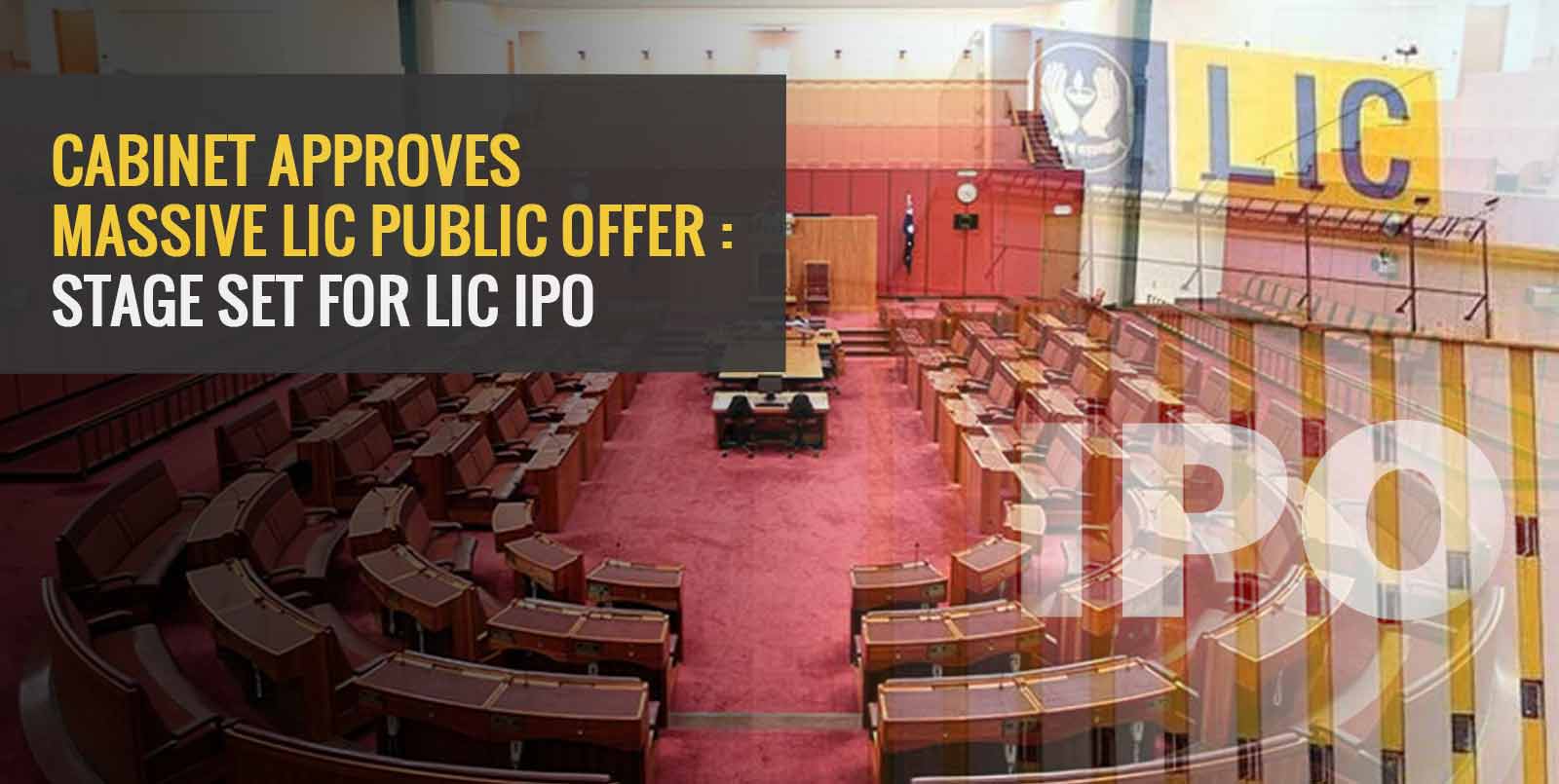 Established in 1956, the Life Insurance Corporation of India is the biggest state-run life insurer. Finance Minister Nirmala Sitharaman had announced the proposal to sell minority shares of LIC through IPO launch during the budget session of fiscal year 20-21.

The Cabinet Committee on Economic Affairs (CCEA) has cleared a proposal for LIC IPO in a meeting last week.

However, there isn’t any official declaration on this issue yet. Due to the massive size of this organisation, LIC IPO is going to be the biggest IPO ever witnessed in India. Experts believe there will be a share sale of more than Rs. 1 lakh crores.

Crucial changes made ahead of the proposed LIC IPO

The divestment of LIC is part of the government’s plan to generate Rs. 1.75 lakh crore by selling assets of state-run agencies within this fiscal year. It has made several important changes recently that will lay ground for this IPO.

The Department of Financial Services announced last week that the tenure of LIC’s executive chairman M R Kumar had been extended for 9 months. It also added that the government has decided to gradually phase out this post and create a new position of a CEO soon.

Moreover, the board of LIC will determine how this organisation functions. The government has made several amendments to its rules and regulations in this regard. It has undertaken these changes for a complete restructuring of LIC.

LIC has already appointed Milliman, a leading actuarial and consulting firm, to calculate its embedded value. Embedded value is essential to find the pricing of shares.

A half-yearly audit for LIC is also among various changes that will occur ahead of its Initial Public Offering.

When will the LIC IPO take place?

The much-awaited LIC IPO might not be announced before the last quarter of this fiscal year, as calculating its embedded value might take some time. Experts feel the derivation of LIC’s embedded value will be complete by August.

Reports suggest that various government agencies have already approached investors and informed them of LIC’s growth prospects. Moreover, they have made necessary presentations to appraise the investors of various important changes that are taking place in the organisation prior to its IPO.

As of now, there aren’t many details available regarding the LIC IPO. However, the news of this IPO has definitely created a buzz among the investor community.

To get regular updates about IPOs, stock market and the financial world, keep an eye on Angel One blogs.

Experts believe government will dilute not more than 10% of its entire stake in LIC.

The price band of the LIC IPO is yet to be announced.